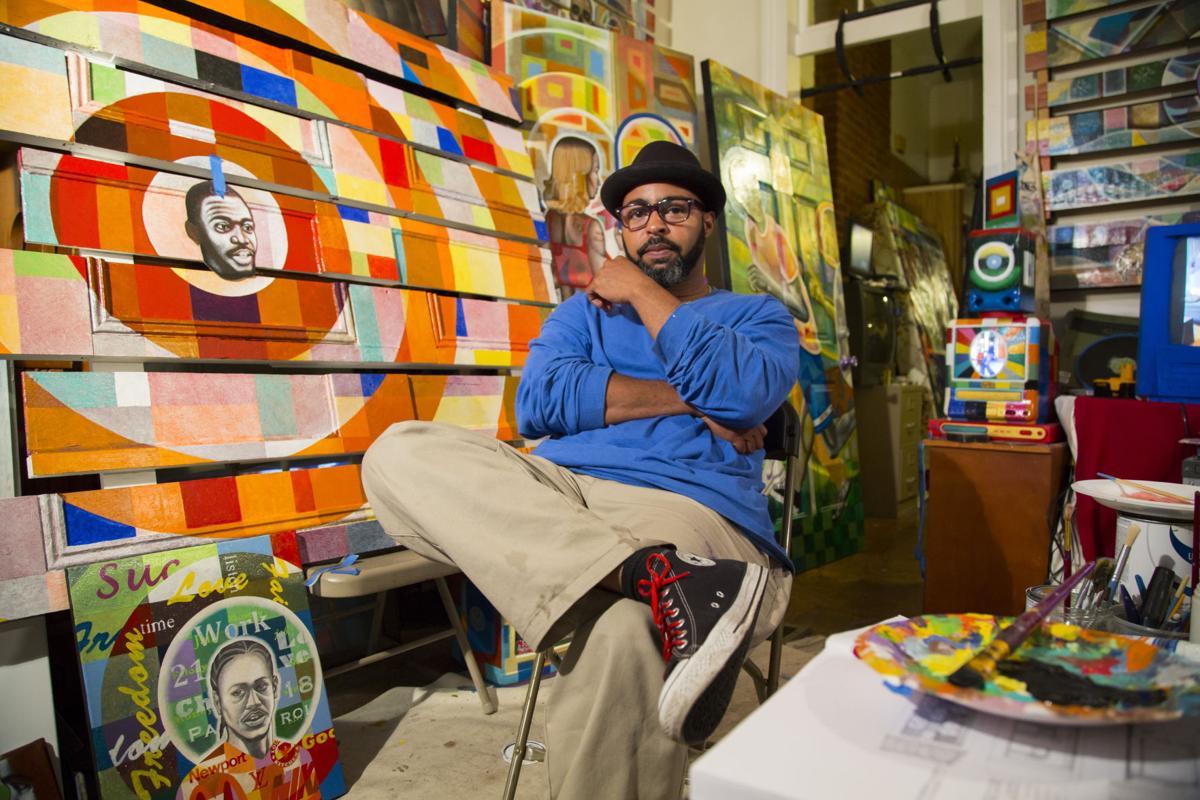 Join us for the second in a series of conversations in the galleries of the Ogden Museum of Southern Art with members of Level Artist Collective. The conversation on December 10 will feature Carl Joe Williams.

He describes his works as “symphonies of colors” that present a powerful visual experience. Williams’ installation, Journeys, was featured at the Hartsfield-Jackson International Airport in Atlanta, GA in 2002. And his Sculptural Trees public art installation in Metairie, Louisiana was described as reminiscent of “lollipops in a Candyland forest,” with their custom acrylic light boxes attached to crepe myrtles.

Williams is one of the founders of Blights Out, a Creative Capital supported project in New Orleans along with artists Lisa Sigal and Imani Jacqueline Brown. Blights Out is a community and artist led initiative to activate agency in neighborhood development. This initiative was initiated as part of Prospect New Orleans, the largest biennial of international contemporary art in the U.S.

Williams’ visual interpretations are enhanced by his vision of art and music as extensions of one another. An accomplished musician as well as a visual artist, Williams incorporates his musical compositions into videos and installations. Found objects play an important role in Williams’ works by becoming elements of a narrative continuum that address societal and historical concerns.

Williams attended the New Orleans Center for Creative Art where he received formal training. He continued his studies at Atlanta College of Art earning his BFA and is a founding member of Level Artist Collective, which includes artists Ana Hernandez, Horton Humble, Rontherin Ratliff and John Isiah Walton.

Williams has had a variety of exhibitions including shows at the George Ohr-O’Keefe Museum Of Art in Biloxi, Mississippi; Crystal Bridges in Bentonville, Arkansas; Convergence: JMC@P3 Exhibition, held in conjunction with Prospect 3 New Orleans, Curated by Deborah Willis and Sponsored by the Joan Mitchell Center; New Orleans Museum of Art;  McKenna Museum of African American Art and Hammonds House Galleries, Atlanta, GA. Williams has public art installations in Atlanta at Sweet Auburn Curb Market (as part of 1996 Summer Olympics) and at the Washington Park Tennis Center. In 2013 he was a recipient of the Joan Mitchell Center NOLA Studio Artist Residence Program. His work is included in the Crystal Bridges Collection.