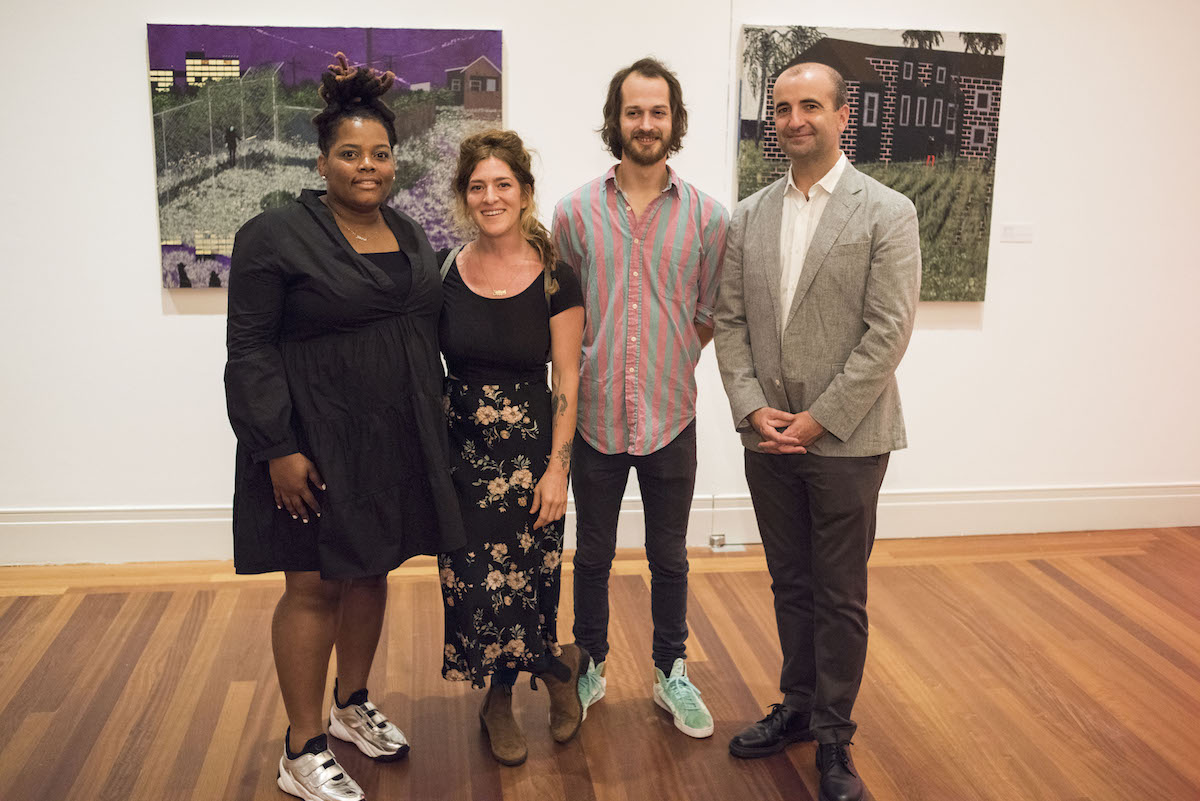 On August 2, the accepted artists of the 2019 Louisiana Contemporary, Presented by The Helis Foundation exhibition gathered with friends and family to await the announcement of the award winning artists. This year, the lead award, The Helis Foundation Art Prize, which comes with $5,000, has been given to artist Jessica Strahan, whose most recent paintings explore the African diaspora within the context of life in New Orleans. Artists Sarrah Danziger, Thomas Deaton and Rachel David were also recognized for their exceptional work. These artists were chosen among 364 applicants by guest juror David Breslin, the recently promoted Director of Curatorial Initiatives at the Whitney Museum of American Art, and represent the forefront of Louisiana’s vibrant visual culture.

For the 2019 edition, Breslin was attuned to artists and artworks that are actively engaging with this particular moment in American history, through different media and stylistic and technical approaches. The featured works are further connected by a sense of hopefulness in difficult times. In his Juror’s Statement, Breslin said, “The works hold us here, as testaments of our time, but also signal that other, better futures can still be within reach.”

Louisiana Contemporary, Presented by The Helis Foundation is on view at the Ogden Museum through January 5, 2020. 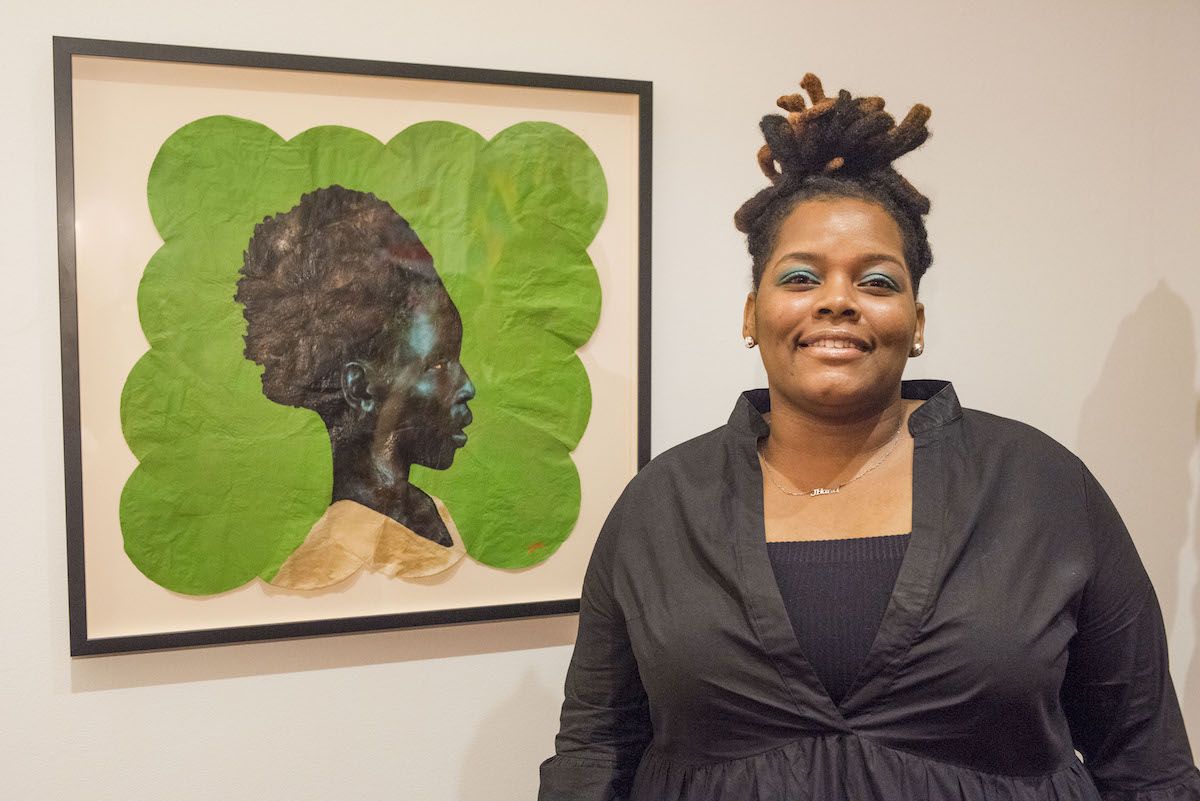 Jessica Strahan’s drawings and paintings are inspired by the physical, emotional and spiritual landscape of New Orleans. The city’s rich culture, distinct landmarks and colorful—and tragic—history emerge within Strahan’s work as she works to visually capture the essence of her home city. In her latest series, House of Blues, Strahan positions individuals with strongly defined African features in distinctly New Orleans spaces, emphasizing the history and experience of the African diaspora. Her work was recently the regional winner of the Bombay Sapphire Artist Series at Art Basel in Miami. 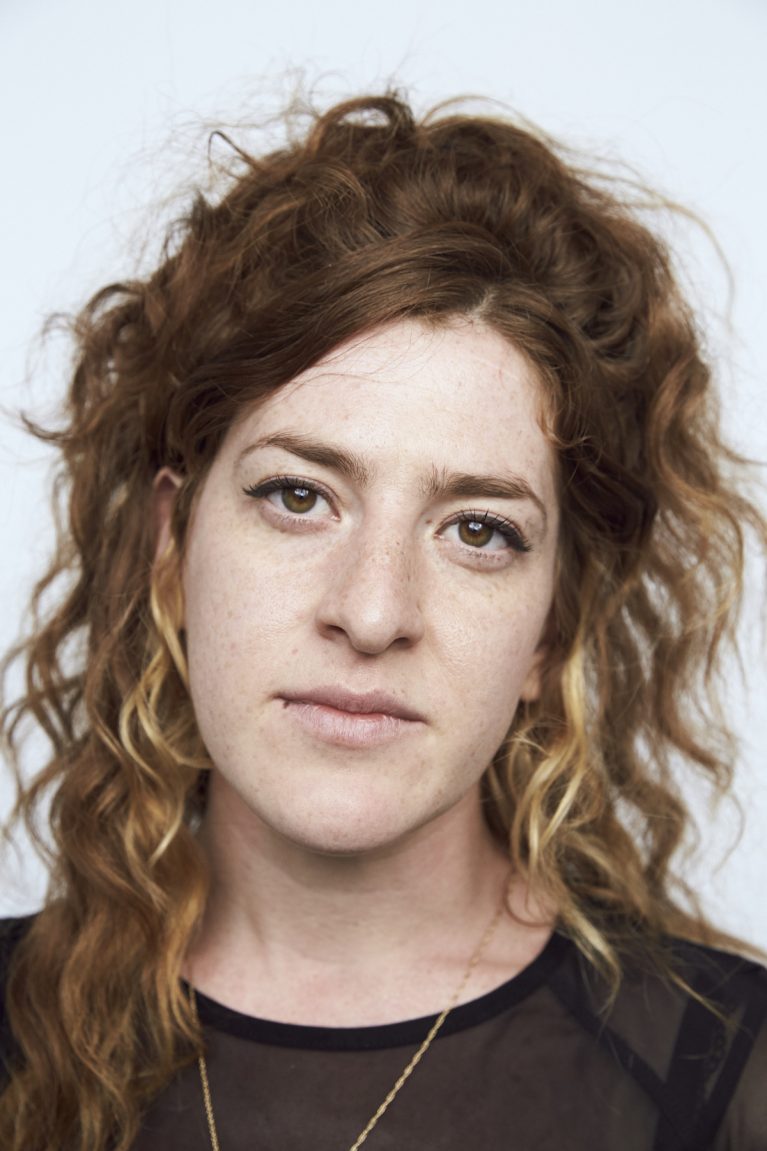 Sarrah Danziger is a photographer currently based in New Orleans. For more than two decades, Danziger has used her camera lens to examine womanhood, in both historic and contemporary contexts. Her images are often imbued with a kind of magical realism that suggests a potent mythology around femininity. Her practice is rooted in using the camera as a tool to engage with the depths and layers of identity. Her work has been featured in BUST, Vice, OUT, Rolling Stone, Newsweek, American Songwriter (cover), Fader and the Wall Street Journal, among others. 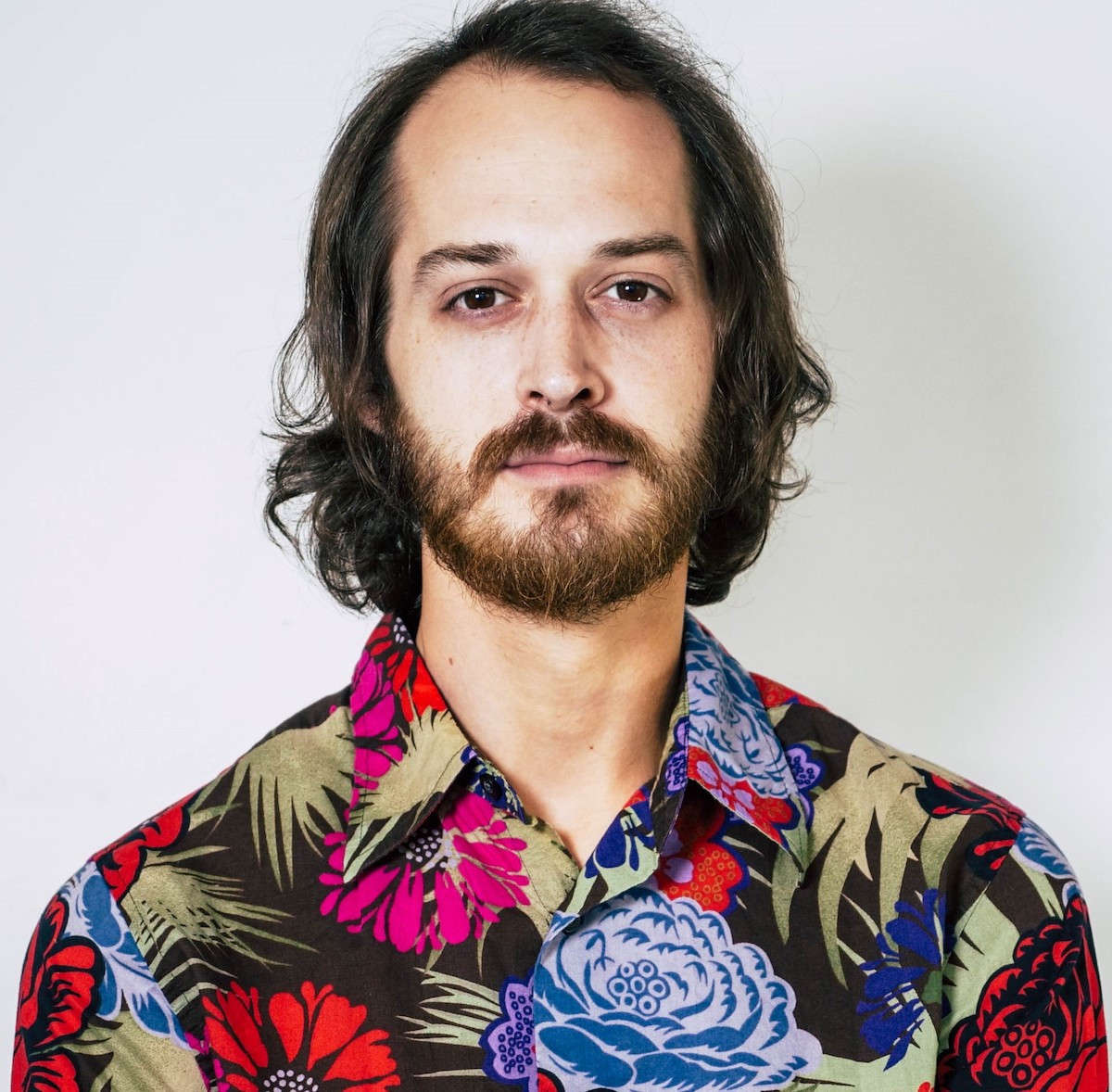 Thomas Deaton, who is currently based in New Orleans, began his artistic career as a printmaker, receiving a degree in the discipline from The University of Lafayette in 2011. When he found himself without a print shop in 2015, he began working exclusively with woodcuts and engravings. Most recently, Deaton has added painting to his practice, producing works that are infused with the textures, patterns and shapes of his woodcuts. Deaton combines these graphic qualities with freeform painterly gestures and rich color saturation, creating works that live between “printer-ly painting” and “painterly print.” 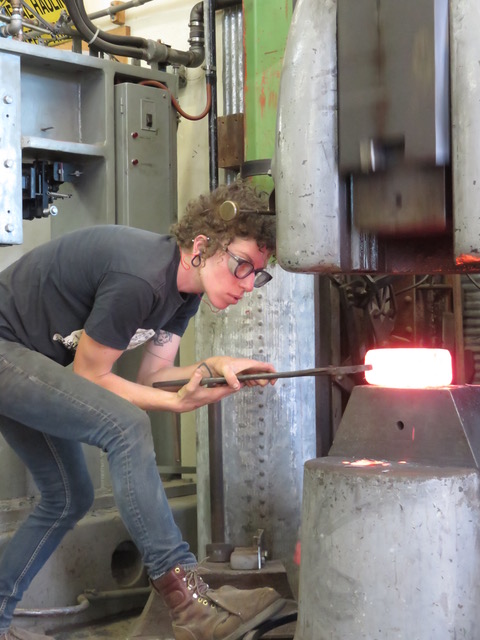 Rachel David is a blacksmith, sculptor, designer and maker, based in New Orleans. Her practice embraces a wide range of approaches, including sculpture, furniture, architectural work and garden elements. David is committed to social activism and to working in ways that speak to the importance of community-building and environmental justice. Her diverse works capture both her imaginative spirit and her commitment to social engagement. Her work has been collected by the City of New Orleans, the Simone Benetton Foundation and numerous private collectors.

About the Juror: David Breslin 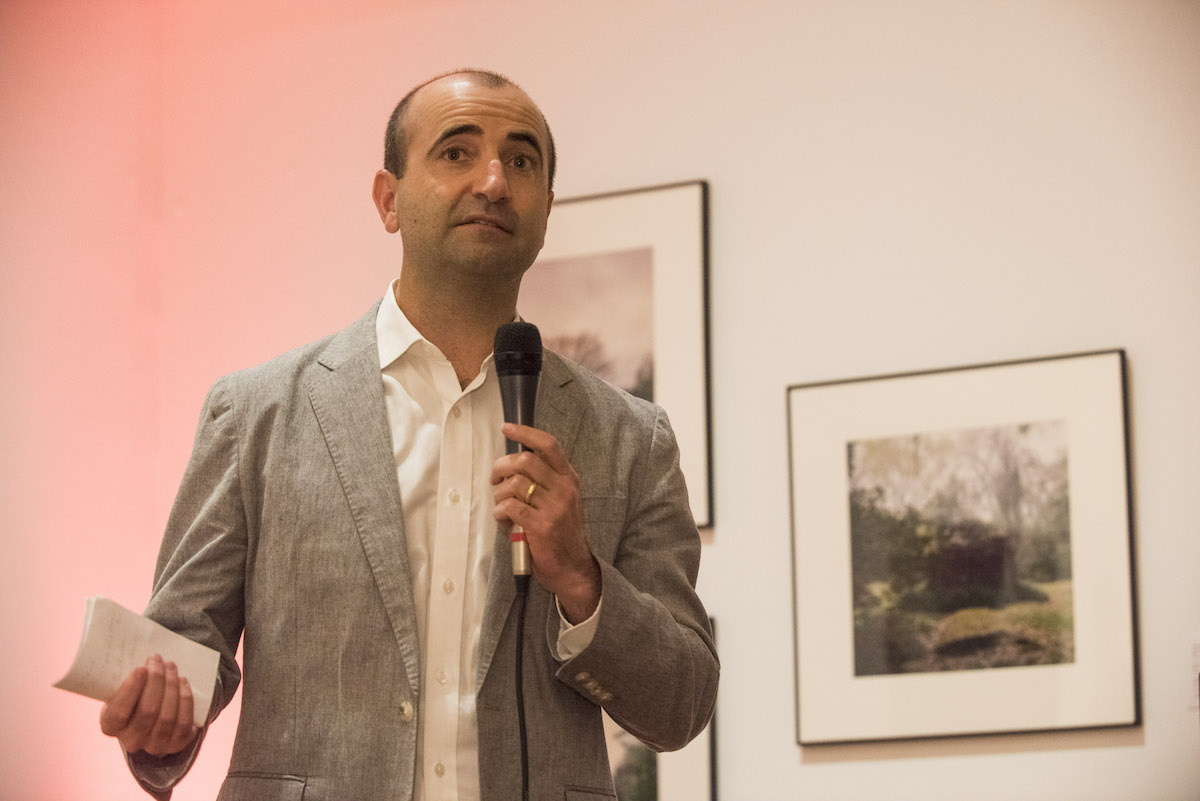 In July 2019, David Breslin was promoted to the newly created position of Director of Curatorial Initiatives at the Whitney Museum of American Art. He previously served as the DeMartini Family Curator and Director of the Collection at the Museum. Prior to joining the Whitney, Breslin was the John R. Eckel, Jr. Foundation Chief Curator at the Menil Drawing Institute in Houston, Texas. Previously, he was Associate Director, Research and Academic Program and Associate Curator of Contemporary Projects at the Clark Art Institute in Williamstown, Massachusetts. At the Whitney, Breslin has organized the exhibitions Spilling Over: Painting Color in the 1960s and Where We Are: Selections from the Whitney’s Collection, 1900-1960. He also co-organized David Wojnarowicz: History Keeps Me Awake at Night and An Incomplete History of Protest: Selections from the Whitney’s Collection, 1940-2017. Breslin has also organized exhibitions such as Raw Color: The Circles of David Smith and Monet | Kelly at the Clark Art Institute and co-curated Make It New: Abstract Painting from the National Gallery of Art, 1950-1975. His exhibition, The Condition of Being Here: The Drawings of Jasper Johns, opened at the Menil Collection in 2018. Breslin is also overseeing the catalogue raisonné of the drawings of Jasper Johns. He has written essays on the work of, among others, Valentin Carron, Felix Gonzalez-Torres, Jenny Holzer, Cady Noland, Pablo Picasso and Paul Thek. He earned a bachelor’s degree in English from Amherst College, a master’s in art history from Williams College and a Ph.D. in the history of art and architecture from Harvard University.