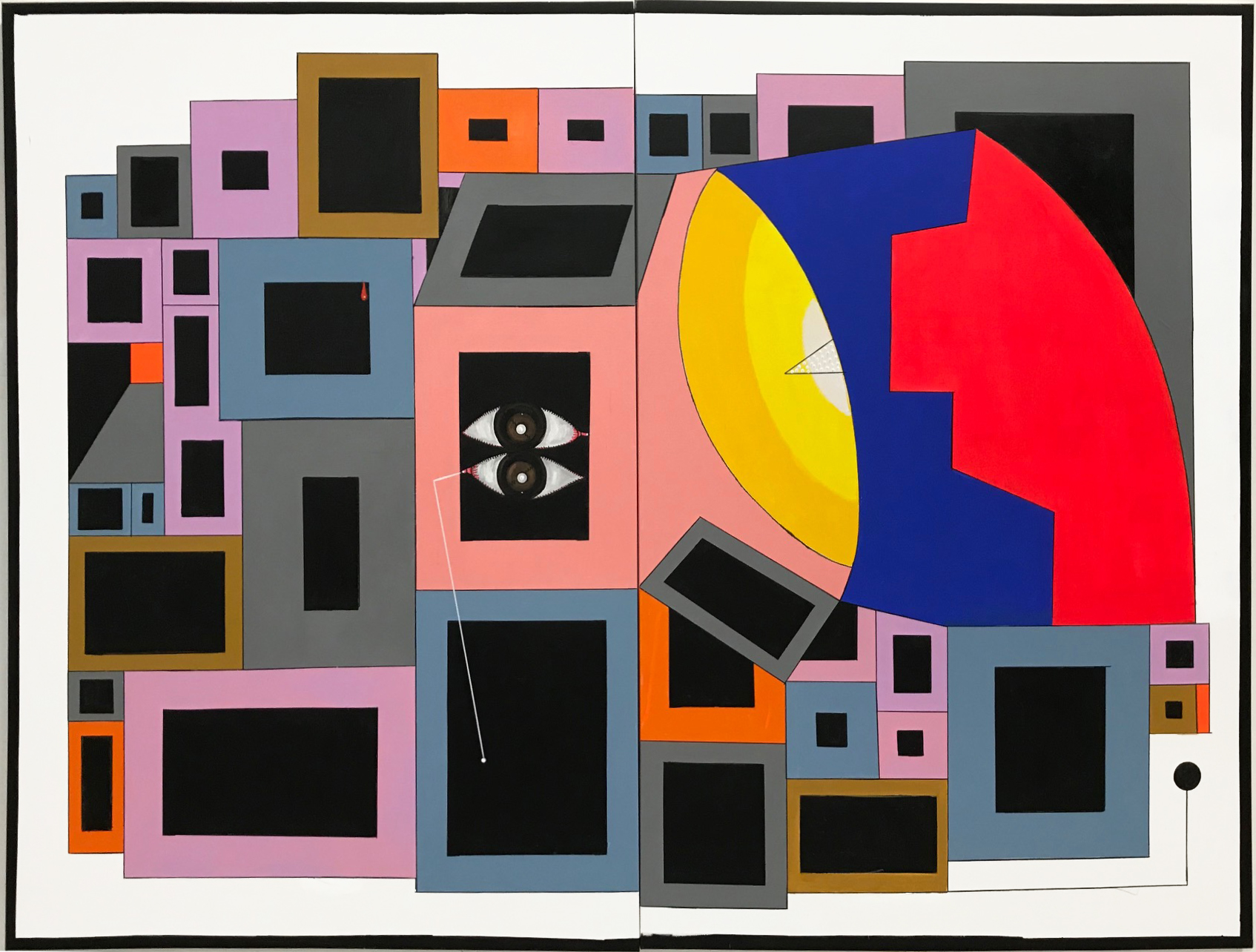 Luis Cruz Azaceta: What a Wonderful World brings together painting, drawing, collage and sculptural works spanning over 4 decades to illustrate the prolific career of Luis Cruz Azaceta, a Cuban American visual artist based in New Orleans, Louisiana. Often working in large scale, his artworks are known for their highly-charged color and narrative depth.

For over fifty years, Luis Cruz Azaceta has created art, not for art’s sake, but to confront the most pressing issues of his time. Moving deftly between raw figurative expressionism and narrative abstraction, Azaceta conveys his own anxiety and fear about the state of the world through his paintings and sculptures. By bringing attention to current critical issues – violence, war, racism, environmental collapse, natural disasters, tyranny, oppression, pandemic – Azaceta confronts harsh realities with the pictorial force of his work, tempered with his own brand of compassion and self-awareness. He views his work as his voice, and also as a weapon for change.

Born in Havana in 1942, Azaceta experienced the violence and turmoil leading to the Cuban Revolution in 1959. As the executions began in the Revolution’s aftermath, he emigrated from his home in 1960 to the United States at the age of 18. In New York he began using painting and drawing as a form of expression, finding his voice and identity through art. After graduating from the School of Visual Arts New York City, he began his professional career in 1975 with his first solo exhibition at Allan Frumpkin Gallery in Midtown New York.

His early works were figurative and expressionistic. They conveyed the isolation inherent to the immigrant experience, and confronted the critical issues of the time – most notably urban violence and the AIDS pandemic. His figurative paintings captured the zeitgeist of 1970s New York City, boldly engaging the contemporary narrative through imagery both comical and violently emotional.

Azaceta moved to New Orleans in 1992. In the years that followed, his work moved gradually toward abstraction. Formally, he began a deeper exploration of visual tensions in his work, wrestling discord into harmony through color, line and material. His works continued to face harsh realities and to explore the human condition. Yet his process and style was (and is) ever-evolving, resisting mannerist repetition and predictability, and allowing for his own discovery through paint.

Luis Cruz Azaceta: What a Wonderful World brings together works from 1975-2021 to show an artist who has consistently pushed himself and his practice into new territory, both formally and conceptually. It illustrates one man’s unrelenting examination of the human condition through drawing, painting and sculpture. It reveals an artist who believes it is his duty to work for the betterment of humanity. It is that belief in the power of beauty over tyranny, of truth over fear, and in the potential of art to affect change that drives Azaceta’s studio practice. This timely exhibition offers a glimpse into the full scope of that worthy endeavor.

“I paint what I see around me, and I look with an accusing eye at what man has created … I am just a filter, a many-colored voice … I paint to kill La Muerte, and also to kill Cruelty, Injustice, Violence, Ignorance and Hypocrisy.” – Luis Cruz Azaceta

As an artist you use your experiences dealing with your surroundings and your conditions. The condition of being in exile is of being in two places simultaneously – physically in your place of exile, emotionally and spiritually in the place you left behind, your roots. This experience allowed me as an artist to address the condition of violence, racism, isolation separation and oppression and identity through my work. It gave me an eye to understanding that this experience goes beyond my personal journey to a perspective of a more global condition that many live within. The rapid state of change in the world at large – the environment, collapsing economies, greed, war, revolution, terrorism – a point where individual citizens are rising against political, economic and social injustices at hand. 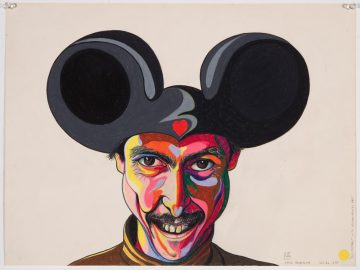 Luis Cruz Azaceta is a Cuban American artist. He lived in New York, graduated from The School of Visual Arts and began his long career as an artist.

Azaceta develops parallel series in several media at once, combining materials in unexpected ways. He works constantly and is extremely prolific. For Azaceta, art is a way of facing the world and addressing the human condition.

He has over 100 solo exhibitions and more than 400 group exhibitions. He’s been awarded The National Endowment for the Arts (3 time recipient), The Guggenheim Memorial Foundation Grant, The Joan Mitchell Foundation Grant among others. His work is part of major museum collections such as The Metropolitan Museum of Art, The Museum of Modern Art, The Whitney Museum of American Art, The Smithsonian Museum, Artium Museo De Arte Contemporaneo, Spain, Museo De Arte Contemporaneo De Monterrey, Kerry Stokes Art Collection, Australia, among many others.