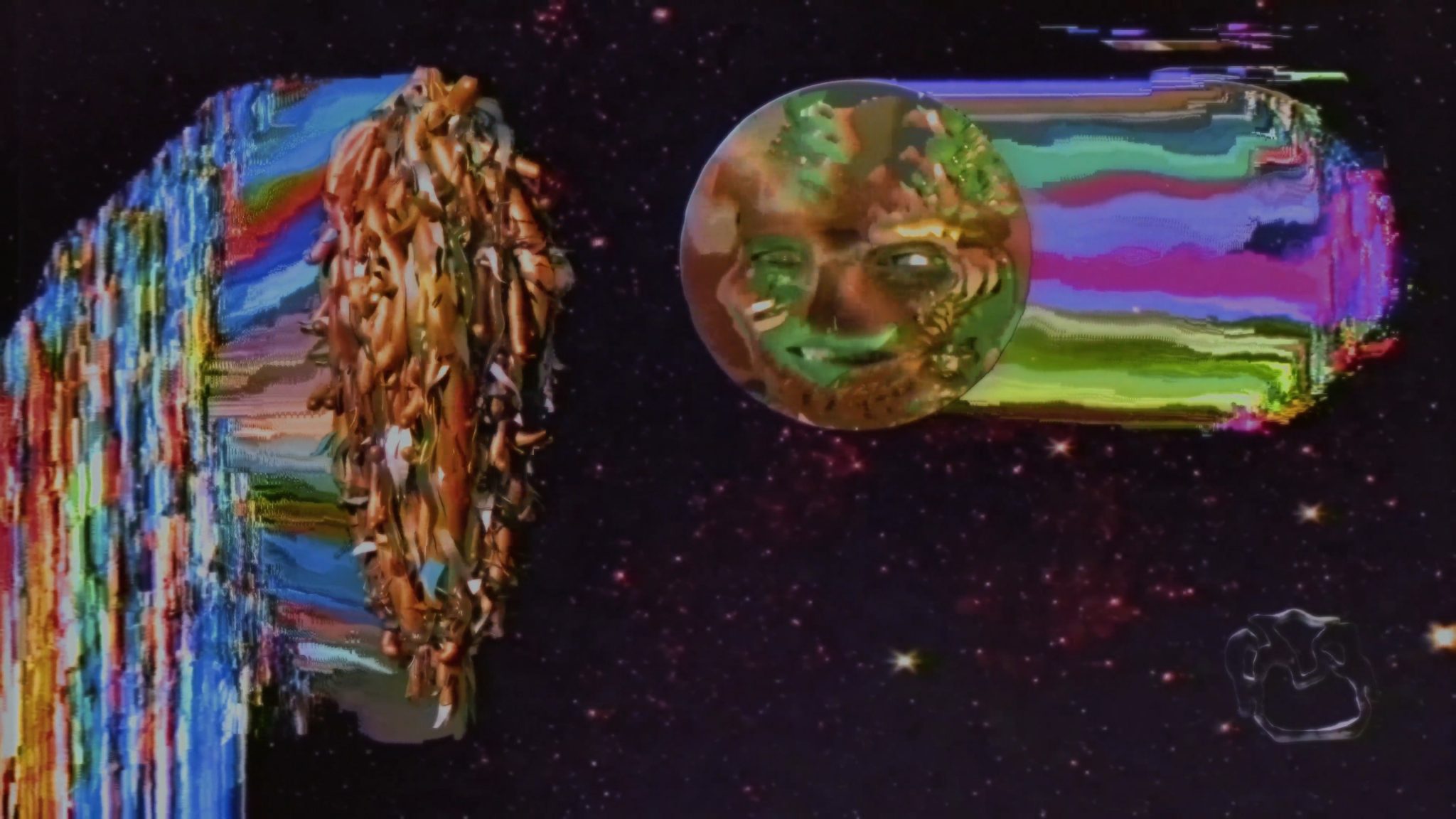 The Casebearer: Recent Work by Dave Greber features a selection of immersive video art works, projections and sculptural objects by the New Orleans artist. Greber’s unique visual language and adaptive style make him a leading pioneer in contemporary video art. He has created site-specific video installations across the globe that comment on commercialism, pop-culture, advertising and humankind’s complex relationship with technology and nature.

“I create experiences that are situated for the gallery and wider public arena, manifested through digital media, sculptural installation and social/environmental interventions. I compose enigmatic, multi-disciplinary poetry that assumes an authority derived from communication structures of marketing. By employing a vocabulary that is simultaneously sublime and manipulative, my projects raise questions of authorship, provenance and intention.”

In Windfall (Tapestry 5), Greber and Sophia Belkin collaborate on a projection-mapped mural that blurs the line between video, painting and textile design. Multi-layered and abstract, Windfall creates an enigmatic and magical world contained within the waters of a flooded New Orleans pot-hole that unfolds outside a static window. The Casebearer was originally conceptualized as a collaboration between Greber and Cristina Molina. In its current form, The Casebearer 2.0, Artificial Intelligence generated narrators tell the mystic poem of a plaster bagworm moth’s life cycle as the insect transverses the ceiling of the artist’s studio. The creature is a metaphor for self-sufficiency and grace in the face of precarity as the narrative diverges into an alien nature documentary or self-help video. Hands and Feet, a video collaboration with Mitchell Craft, animates amorphous figures from Greber’s Seeing Glass(es) series into a non-linear psychedelic trip.

Since 2016, Greber has expanded the depth and versatility of his visual and conceptual toolbox outside of the video realm. T.e.r.o.u.r.s. (The Empty Remains of Unused Revelations) and Seeing Glass(es), are two sculptural bodies of work  that speak to the artist’s relationship to New Orleans. With t.e.r.o.u.r.s. (The Empty Remains of Unused Revelations) detritus collected from the surrounding Central Business District is collaged together and encased in Plexiglass to form stream-of-consciousness found and fabricated poems. 3D scanning software and a 3D printer are utilized to create vibrant artworks in the Seeing Glass(es) series. Made from etched acrylic mirrors, MDF, acrylic paint and colored sandstone, these playful and creepy works lack the recognizable imprint of an artist’s hand, instead they seem to have been created by an anonymous being.

Traversing between existential gravity and humor, my work is an excavation of metaphysical truths mined from consumer refuse. Using digital media and sculptural installation, I compose enigmatic, multi-disciplinary poetry that assume an authority derived from communication structures of marketing. By employing a vocabulary that is simultaneously sublime and manipulative, my projects raise questions of authorship, provenance and intention.

At the heart of my practice is a premise that our ecologic and economic trajectory belies the myth of linear progress. Working directly with the environments and mythologies that surround me, my work seeks to communicate with the past/future through speculative artifacts and processes. I’ve utilized discarded packaging of inconceivable products, oracular reality shows, ascetic trade show kiosks and convention center LARPs, as expressions of power systems that govern us through regenerating memes in our consciousness. My work investigates and invents these possibilities, wondering: who is speaking through us, on our behalf? We must experientially recognize these voices to overcome our apathy and find agency as a node in this Anthropocene network.

My projects are context-specific: the form of my work ranges from singular sculptural gestures to performative workshops and intricate multi-channel video installations. In my most complex projects, I employ a tapestry of visual, aural and text-based media to fabricate experiences that are lush, cyclical and narratively ambiguous. My practice is enthusiastically intuitive and aided by geographic exploration, foraging, ritualism, divination, games of chance and collaboration with fellow biological and machine intelligence. 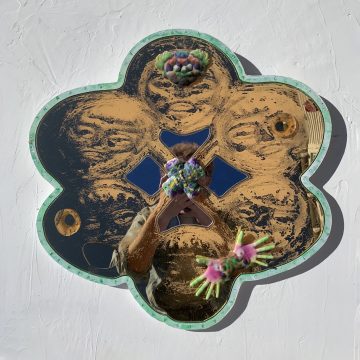 Dave Greber (b. 1982, Philadelphia) is an artist, educator, and consultant, based mostly in New Orleans. He received a BA from Temple University in 2009 and MFA in Digital Media from Tulane University in 2013. He began exhibiting artwork as a member of New Orleans-based collective, The Front, and since has been featured in Crystal Bridges’ State of the Art, Lorna Mills’ Ways of Something (Dreamlands, Whitney Museum of American Art), C24 Gallery’s Double Crescent, Sculpture Month Houston, and solo exhibits with the Arthur Roger Gallery. Over the years, his artistic identity has expanded to that of a secular pilgrim as a thru-hiker on the Appalachian Trail, a metaphysical healer in Taos, NM, a brewer of wild-foraged beverages in Norway and as the AV Manager of the Prospect.4 Triennial. He was commissioned by MTA Arts and Design to create a 52-channel video installation, which played throughout the Fulton Center Transportation Hub, in Lower Manhattan, from July 2018-March 2019. He has participated in many studio residencies including through the Rogaland art center in Stavanger, Norway,  NCCA in St. Petersburg, Russia, Narva Art Residency, Estonia, Salon in Canal Place and with Scandy, an app-developer in New Orleans. Currently, he is participating in A Structure Envisioned for Changing Circumstances, an online program featuring writers, artists and curators in Latvia, Norway and the United States.