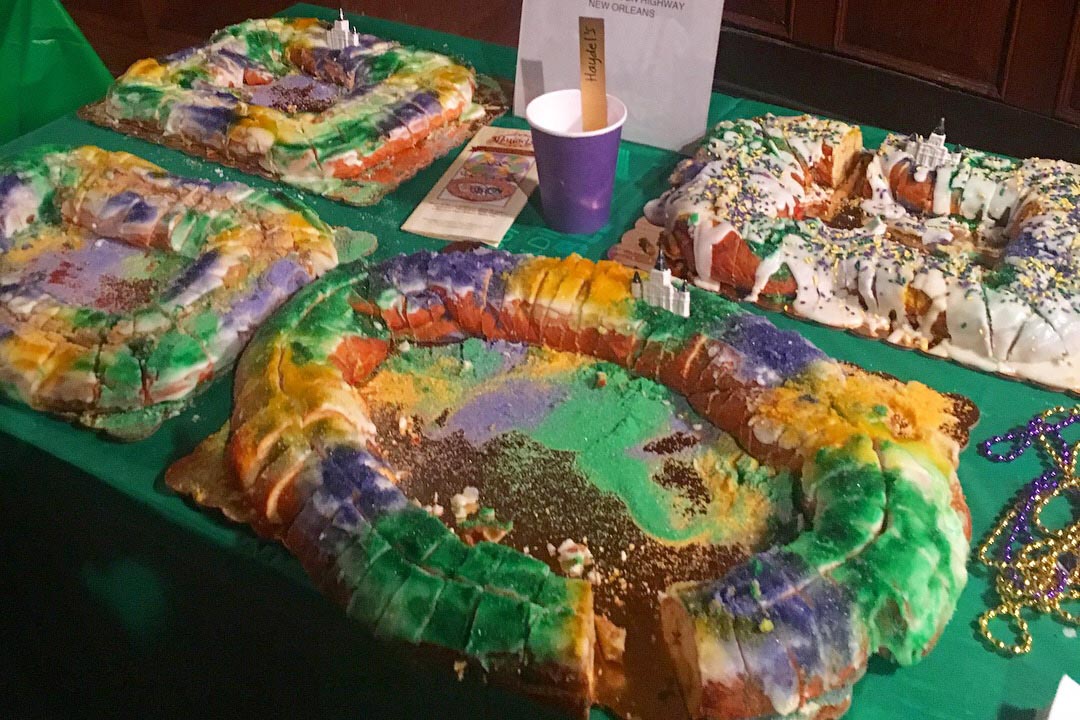 On Thursday, February 7 from 6 – 8 p.m., the Ogden Museum of Southern Art will host its annual King Cake Walk during Ogden After Hours, the Museum’s weekly concert series. Visitors will have the opportunity to taste and judge the local King Cakes, while listening to live music by the Christian Winther Quartet.

Awards include Audience’s Choice, Band’s Pick and Best in Show, which will be selected by guest judge, Kayla Bertucci with WGNO. Guests can vote for their favorite cake by placing a King Cake baby in a bakery’s designated cup. Awards will be announced at the end of the concert.

The Christian Winther Quartet, lead by Danish-American tenor saxophonist and composer, Christian Winther, will play soulful jazz throughout the evening. Winther has been based in New Orleans since 1997 and studied under Ellis Marsalis and Harold Batiste at the University of New Orleans.

During Ogden After Hours, there will also be a book signing by photographer, Clay Maxwell Jordan. Jordan will be signing his first monograph, “Nothing’s Coming Soon,” based on death, mortality, decay, grace and unmitigated beauty. Jordan is a 2019 MacDowell fellow and currently teaches at University of Georgia.

This  event will be free for members and $13.50 for general admission.