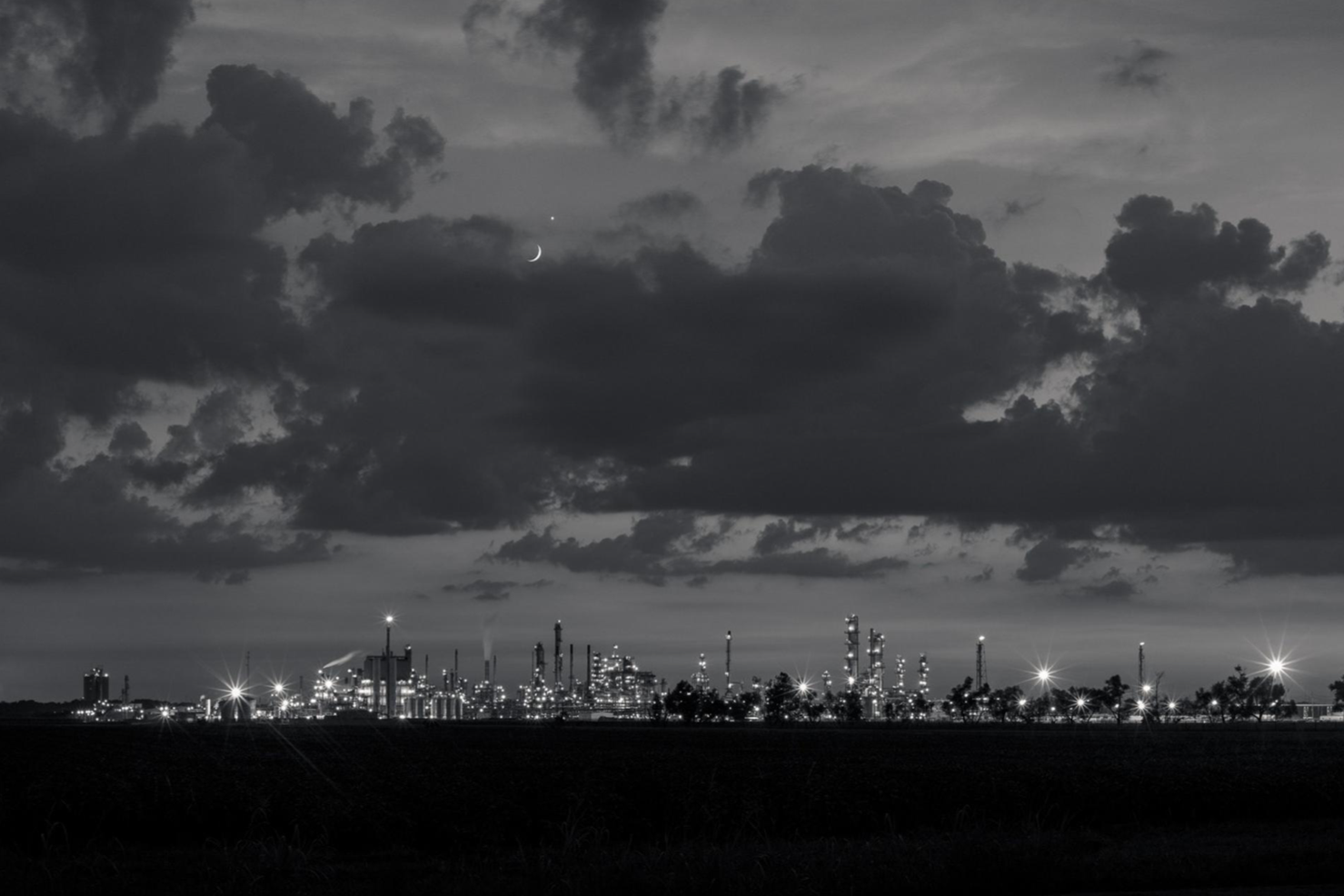 Watch the Curated Conversation at noon on Friday, Oct. 16 on the O Blog.

Bid on Moonrise Over Motiva Oil Refinery in the silent auction! 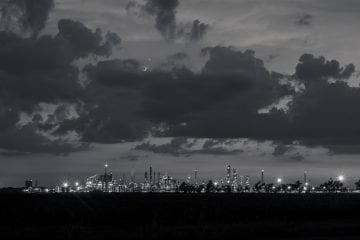 Richard Sexton is a fine art and media photographer whose work has been published and exhibited worldwide. His work has been published in magazines such as Abitare, Archetype, Black & White, Harper’s, Louisiana Cultural Vistas (now 64 Parishes), Photographer’s Forum, and View Camera. His most recent book, Enigmatic Stream: Industrial Landscapes of the Lower Mississippi River, was published in September of 2019 by The Historic New Orleans Collection, and is the 14th book he has authored, co-authored, or photographed. Creole World: Photographs of New Orleans and the Latin Caribbean Sphere, was also published by The Historic New Orleans Collection in 2014. Previously published titles include a monograph Terra Incognita: Photographs of America’s Third Coast, published by Chronicle Books, San Francisco, in 2007. Chronicle Books also published the best selling New Orleans: Elegance and Decadence in 1993 and Vestiges of Grandeur: The Plantations of Louisiana’s River Road in 1999. New Roads and Old Rivers: Louisiana’s Historic Pointe Coupee Parish was published by LSU Press in 2012. A complete publishing history for Richard Sexton can be viewed here.

In 1997 Sexton curated the exhibit Sidney Bechet: A World of Jazz 1897-1997, which commemorated the hundredth anniversary of the influential jazz musician’s birth. Sexton has had two major exhibitions at the Ogden Museum of Southern Art in New Orleans. The first exhibit in 2005 featured work from his self-published, handmade art book, The Highway of Temptation and Redemption: A Gothic Travelogue in Two Dimensions. The second exhibit in 2007 featured work from Terra Incognita. This exhibit has subsequently traveled to the Walter Anderson Museum of Art in Ocean Springs, Mississippi, the Polk Museum of Art in Lakeland, Florida, the Pensacola Museum of Art in Pensacola, Florida, and the Southeast Museum of Photography in Daytona Beach, Florida. Creole World, his first exhibit for The Historic New Orleans Collection, was on view at the Laura Simon Nelson Galleries for Louisiana Art from April 15, through December 7, 2014. It’s first travel venue was Frost Art Museum at Florida International University in Miami in 2015, and in 2016 it traveled to Meadows Museum of Art at Centenary College in Shreveport, LA, and then to the Hilliard University Art Museum in Lafayette, LA. Enigmatic Stream was on view at the Historic New Orleans Collection from September 17, 2019, to April 5, 2020.