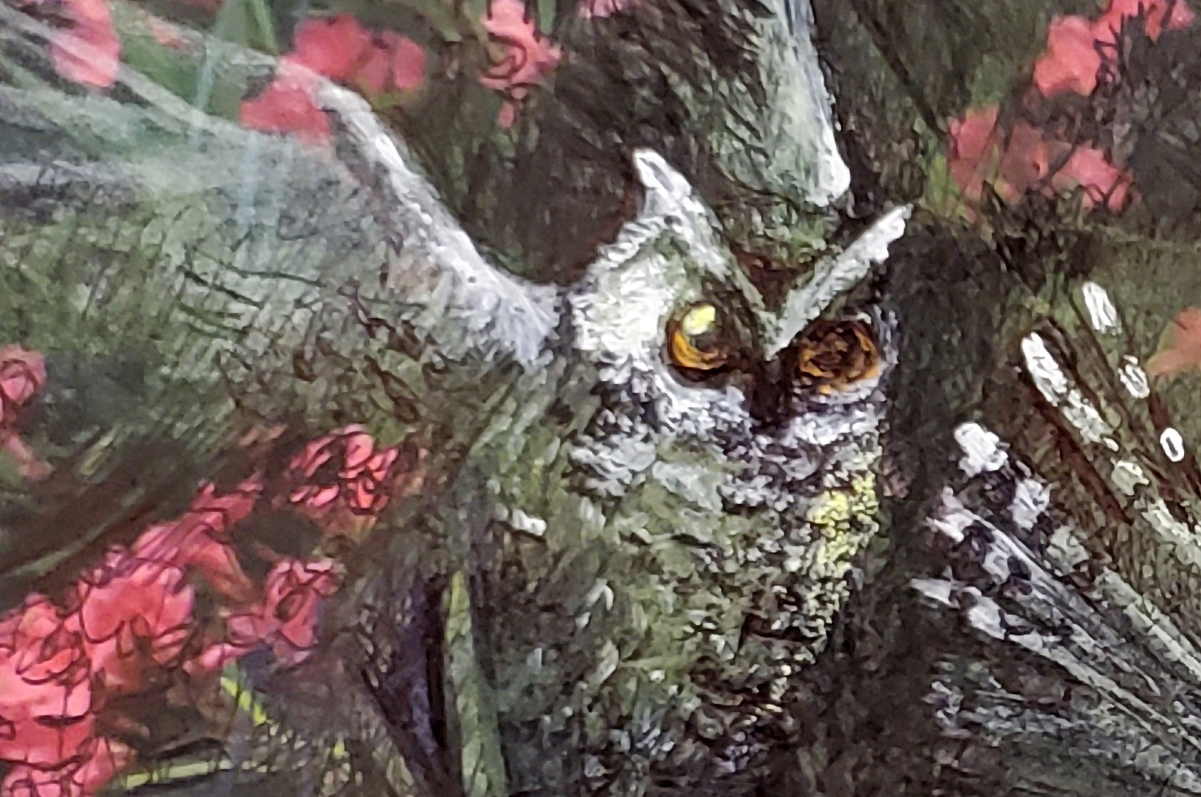 Sharon Kopriva is featured in the Online Magnolia Ball Silent Auction and the exhibition, Entwined: Ritual Wrapping and Binding in Contemporary Southern Art. Curator of the Collection, Bradley Sumrall, will talk with Sharon about her work, Owls & Oleanders, included in the silent auction and her work in Entwined.

Bid on Sharon's Work in the Silent Auction. Watch the Talk on the O Blog

Sharon Kopriva, a Texas native, currently works in Houston, Texas and Hope, Idaho. She earned her MFA in painting from the University of Houston in 1981. Since her inauguration with the Fresh Paint exhibition at the Museum of Fine Arts, Houston in 1985, Kopriva has exhibited nationally and internationally including at The Menil Collection, Houston; The Ogden Museum, New Orleans; and The National Museum of Peru in Lima. For more than thirty years, Sharon has combined two-and three dimensional media often with fusions of papier-mâché and found objects. Her career has taken her through investigations of pre-Colombian cultures in Peru, examinations of her Catholic faith, and inspirations from the spiritual forests of the beautiful Pacific Northwest.