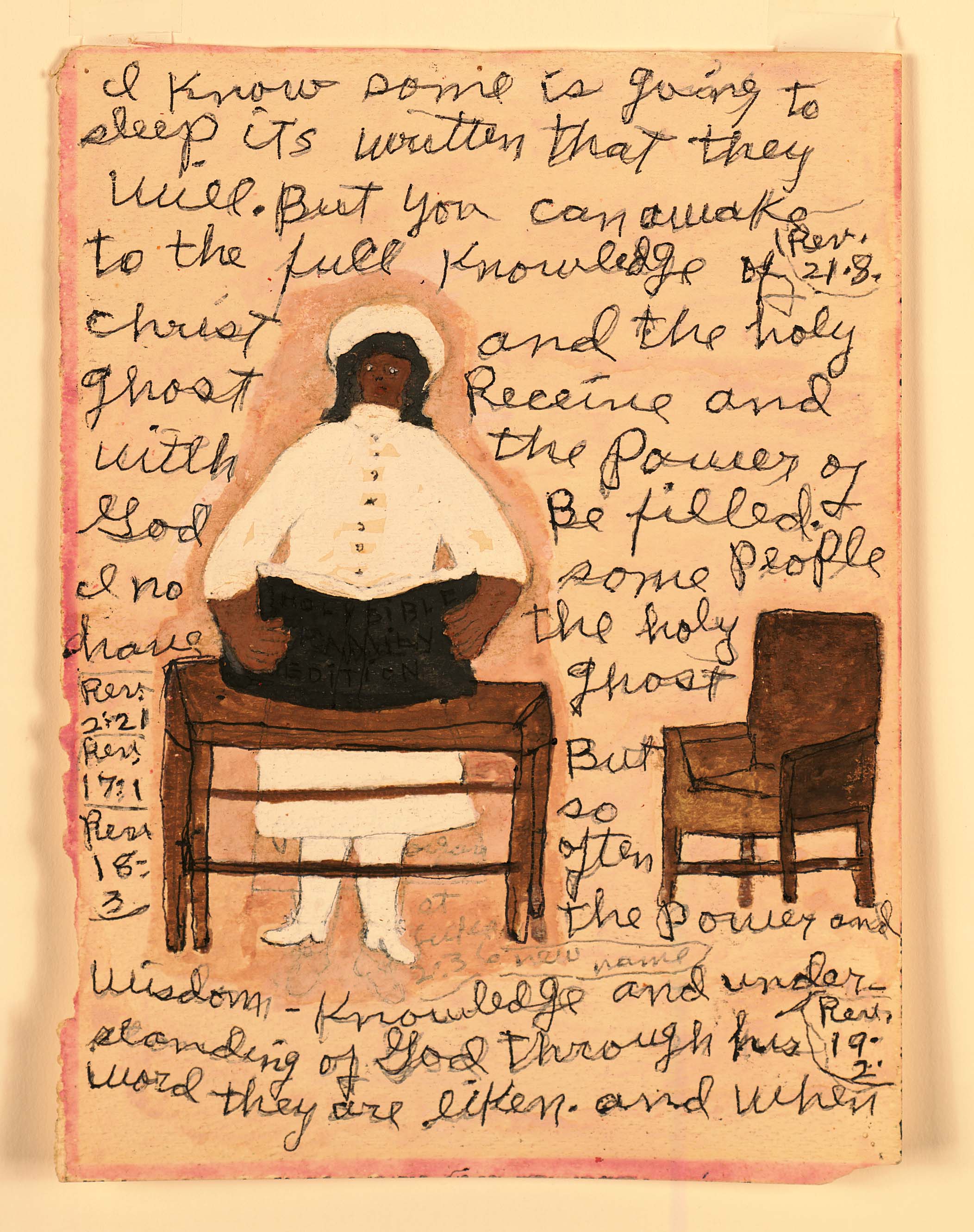 In celebration of Black History Month, we are highlighting the work of Sister Gertrude Morgan, a former street preacher turned artist, poet and musician.

Morgan was born in Lafayette, Alabama in 1900 and relocated to New Orleans during the late 1930s. Shortly after arriving in New Orleans, Morgan adopted the title “Sister” when she became associated with two other street missionaries, Mother Margaret Parker and Sister Cora Williams. The three women combined contributions from their street preaching to purchase land, build a chapel and open a child-care center in the Gentilly neighborhood of New Orleans. For more than a decade, they provided food and shelter to orphans, runaways and children of working mothers.

By the time Morgan began painting regularly in the 1960s, she had spent nearly 20 years as a missionary and street preacher. Morgan painted biblical themes to illustrate her gospel teachings, working with any available materials at hand when the “spirit” moved her. Morgan used simple forms to depict human figures and her works have been characterized by their lack of formal techniques, like many self-taught artists. She painted using acrylics, poster paint, watercolors, wax crayons and ball-point pen and would often incorporate an assemblage of objects in her works that ranged from lamps shades to scrap wood. Morgan’s calligraphy was another important part of her compositions, conveying important messages or denoting scripture, as seen above in her work Self-Portrait / Revelations.

Sister Gertrude Morgan’s work will be on view in Vernacular Voices: Self-Taught, Visionary and Outsider Art from the Permanent Collection, opening at the Ogden Museum on March 8, 2019.