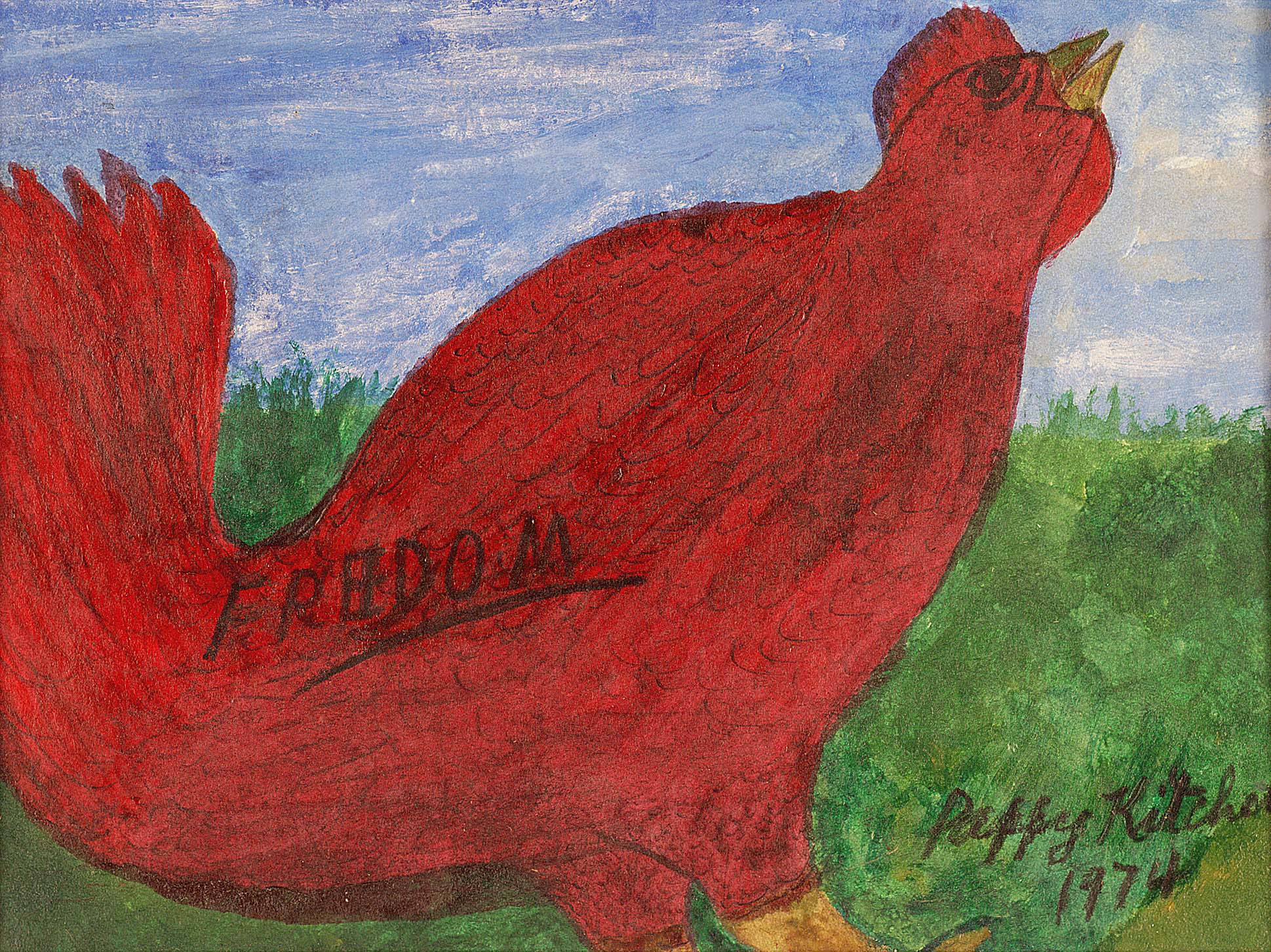 Vernacular Voices brings together a range of works by Self-taught, Outsider and Visionary artists from the American South to showcase the Ogden Museum of Southern Art’s significant collection of Vernacular Art. Together, these works offer a broad view of the practices of a diverse group of artists who share many commonalities, perhaps the most important being that they have each created truly original bodies of work outside of any formal academic dialogue. This is art drawn from life itself – intuitive, honest and tied to the culture in which it was created.

The term “vernacular” is most commonly used to describe the language of the common people of a particular place. It implies a unique iteration of language – both visual and spoken – bound to location and free from the confines of an academic dialogue. Just as spoken vernacular dialects change with the land itself, the visual art of the region also contains a vocabulary built upon a strong sense of place. The artists presented in this exhibition are often classified as Self-Taught, Outside or Visionary, but they are all specifically situated by time and location within the history of the American South, and they each express themselves through a vernacular visual idiom tied to that culture.

With birth dates ranging from 1886 for Clementine Hunter to 1952 for Welmon Sharlhorne, these artists witnessed the Old South change from a mostly agrarian culture with a majority of the common people tied to the labor of the land, to the New South of industry and sprawling suburban development.  Most of them suffered the injustices of the Jim Crow era, and all of them witnessed the difficult, yet inspiring struggle of the Civil Rights Movement. From the pastoral depictions of rural life by Clementine Hunter to the social commentary of Herbert Singleton’s bas-relief, these artists express unique personal visions with universal implications.

Unlike folk art in a broad sense – which includes craft genres deeply rooted in tradition, such as ceramics, basketry, blacksmithing and quilting – the Vernacular Art included in this exhibition concerns itself with an expressive esthetic more commonly associated with Modern and contemporary art. Artists from both sides of the academic divide are concerned with some of the same things: line, color, shape, form, value, space and narrative. Yet, taken as a group, the artists in this exhibition – despite often having different backgrounds and motivations – have more in common with one another than with any other movement of art. They share a common tongue, so to speak.