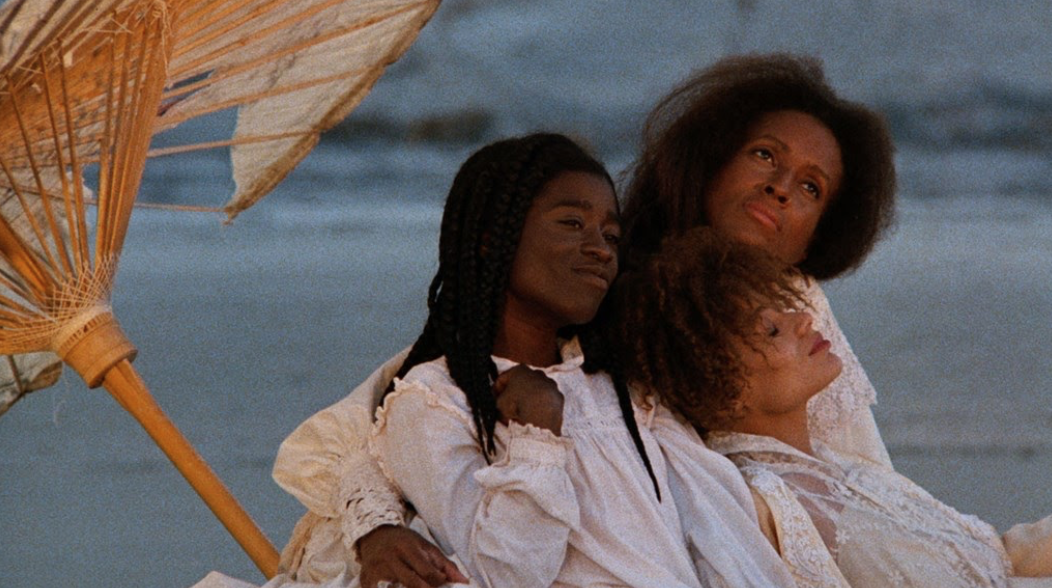 In part three of the series, “5 Southern Films You Can Watch at Home,” we celebrate Black Cinema that offers a lens to Black experience and thoughtful education through storytelling. Enjoy!

In her biopic of Dr. Martin Luther King Jr. and the long journey from Selma to Montgomery in 1965, from segregation to the Black vote in the southern United States, Ava DuVernay not only paints a portrait of a man and his movement, but she also captures an image of a nation not all that different than the one we’re living in today. In “Selma,” spectators witness Dr. Martin Luther King’s demands to President Lyndon B. Johnson. We watch the divisions among the Southern Christian Leadership Conference and other Black southern movements unfurl. We are exposed to the brutal, fatal violence inflicted upon Black Americans by police and white supremacists. As a warning, this film is not easy to watch, and particular scenes may feel eerily similar to viral videos of Black citizens meeting their demise at the hands of police that circulate the internet today.

But such familiarity is what makes “Selma” so critically significant. In response to the common generalization that Martin Luther King Jr. advocated for peaceful protest and non-violent assimilation whereas Malcolm X encouraged ruthlessly violent Black nationalism, contemporary critics rightfully remind listeners that Dr. Martin Luther King Jr. was, indeed, an anti-capitalist, radical activist. What unfolds in “Selma” is the reality that Black non-violence is and always has been a threat to the foundations of the white American nation-state as well as a risk to Black life itself.

Visually lush and warm in color, Julie Dash’s “Daughters of the Dust” captures a dynamic, moving image of a Gullah community in the midst of several great conflicts. The primary problem and source of familial contention is the upcoming migration from Igbo Landing on St. Simons Island to the northern United States. The younger generation wonders in awe about the possibilities that lay ahead; the adult women hope to provide their children with a worthy future; and the Peazant family matriarch Nana fears nothing more than her family’s departure.

But “Daughters of the Dust” is ripe with a plethora of tensions that shaped the social fabric of Gullah life on Georgia’s coast in the early 20th century. For instance, the film makes a point to represent inter-religious conflict on the island, with different island dwellers partaking in a range of practices, including Islam, Christianity, and and West African spiritualism. Dash renders a clear reality of the assault on Black women as well as lynching in the Jim Crow era. And she offers a space, though it may be ambiguous and fluid, for Black lesbianism, to the silent dismay of some family members.

Aside from the film’s plot, unique unborn narrator, non-linear timeline, and slow motion scenes and close-ups that cinematically emphasize Black beauty, the production and reception of “Daughters of the Dust” are remarkable stories as well. The film was funded by PBS after Hollywood’s rejection and was the first feature film directed by an African-American woman to be distributed theatrically in the US. It won the Excellence in Cinematography Award at Sundance Film Festival in 1991 and in 2004 was chosen by the Library of Congress to be preserved in the United States National Film Registry for its historical significance.

When a film negative was rediscovered in 2013 by film preservation organization IndieCollect, it wasn’t long before “Cane River” was recognized as a long lost wonder, a look into the legacy of the creole Metoyer family and the Melrose Plantation as well as colorism and class, or what lead actress Tommye Myrick calls “the color-caste system,” in Natchitoches, Louisiana. Aside from its specific subject matter, “Cane River” is also a forbidden love story, maintaining an entirely Black cast produced by an entirely Black crew. When Peter Metoyer finishes university and returns home to Cane River, historically significant as a haven for free people of color, he meets Maria Mathis, a dark-skinned Black woman soon to move to New Orleans to attend Xavier University, and falls in love. The relationship, however, is barely approved by Peter’s family and definitely not by Maria’s. Their future together is hardly certain. Such disapproval arguably results from the  “divide-and-conquer” method, a common practice of colonization and enslavement that emphasizes difference in order to dominate.

“Cane River” had its second premier at the New Orleans Film Festival in 2018, after being invisible to the public eye for 36 years. In 2019, the film screened at the Museum of Modern Art in New York, and there were several theatrical re-releases in early 2020. Today, you can watch “Cane River” on streaming platform Kanopy and on the Criterion Channel, accompanied by a 20-minute introduction given by the two leading actors Richard Romain and Tommye Myrick.

Though chiefly renowned for her written work and especially her autobiographical novel I Know Why the Caged Bird Sings, civil rights activist Maya Angelou found a voice in film in her first and last production “Down in the Delta.” In this comedic drama, Loretta Sinclair, a mother of two stuck in the throws of substance abuse with little to no job prospects, leaves Chicago and goes to Mississippi for the summer to stay with her Uncle Earl and Aunt Annie. While there, she not only gains real work experience at her uncle’s restaurant, but she also connects with her relatives in ways profoundly unexpected. Spectators will notice the emphasis Angelou places on multi-century flashbacks; the camera fades out from a close-up of Loretta’s face and onto a scene of trading post in Mississippi, as Loretta’s uncle and mother tell her about how her great-great-grandfather was traded by slave owners for a silver candelabra. That candelabra becomes a family heirloom in the Sinclair family, and its rightful residence is a point of friction throughout the film.

As is common in Angelou’s work, “Down in the Delta” directly addresses the issue of disability, often forgotten in discussions of intersectionality and social justice. Angelou had a disability herself: selective mutism, an anxiety disorder which hinders the capability of speech due to the experience of being triggered or stressful social situations. In Why the Caged Bird Sings, protagonist Maya displays symptoms of traumatic mutism, which inhibits speech in the case of a traumatic event. Angelou’s film specifically gives visibility to autism and Alzheimer’s disease.

It’s no surprise that this is the third feature film we’ve recommended by Atlanta-born Spike Lee; he’s a remarkably prolific and talented filmmaker. However, while the last two films we highlighted were documentaries, we turn to the form of the biographical drama in Spike Lee’s “Malcolm X” to explore the life and legacy of Black nationalist and revolutionary Malcolm X, played by Denzel Washington. Featuring Spike Lee himself as Malcolm X’s good friend Shorty, this 3 ½ hour film follows the life of Malcolm Little from his upbringing in Omaha, Nebraska, through a six-and-a-half year sentence in state prison, in his glory days of the Nation of Islam, up until his assasination in 1965. Unlike Duvernay’s “Selma,” which captures a moment in time of Dr. Martin Luther King’s life, “Malcolm X” is interested in the whole arc of the revolutionary’s life: his mistakes, contradictions, and development.

Like his other narrative films, “Malcolm X” is filled with signature visual techniques beloved by Spike Lee enthusiasts, such as the double dolly shot and the high angle shot. The film also features cameos by famous figures such as Nelson Mandela, Bobby Seale, and Reverend Al Sharpton. Both James Baldwin and Malcolm X’s widow, Dr. Betty Shabazz, contributed to the movie’s making in different capacities. Needless to say, the production of the epic was a long and winding road. As Warner Brothers originally wanted Canadian director Norman Jewison (featured in our first blog post for his film “In the Heat of the Night”) to direct the movie, they were met with rightful criticism and pressure to hire a Black director. Then, when Spike Lee was announced as the film’s director, a group estimated at 200 people led by poet Amiri Baraka protested the decision, in fear that Lee might mistreat or corrupt the radicalism of the Black Muslim.

*In light of country-wide mass protests around police brutality and institutional racism, Criterion Collection’s streaming service Criterion Channel has removed the paywall from many of their Black-directed films.