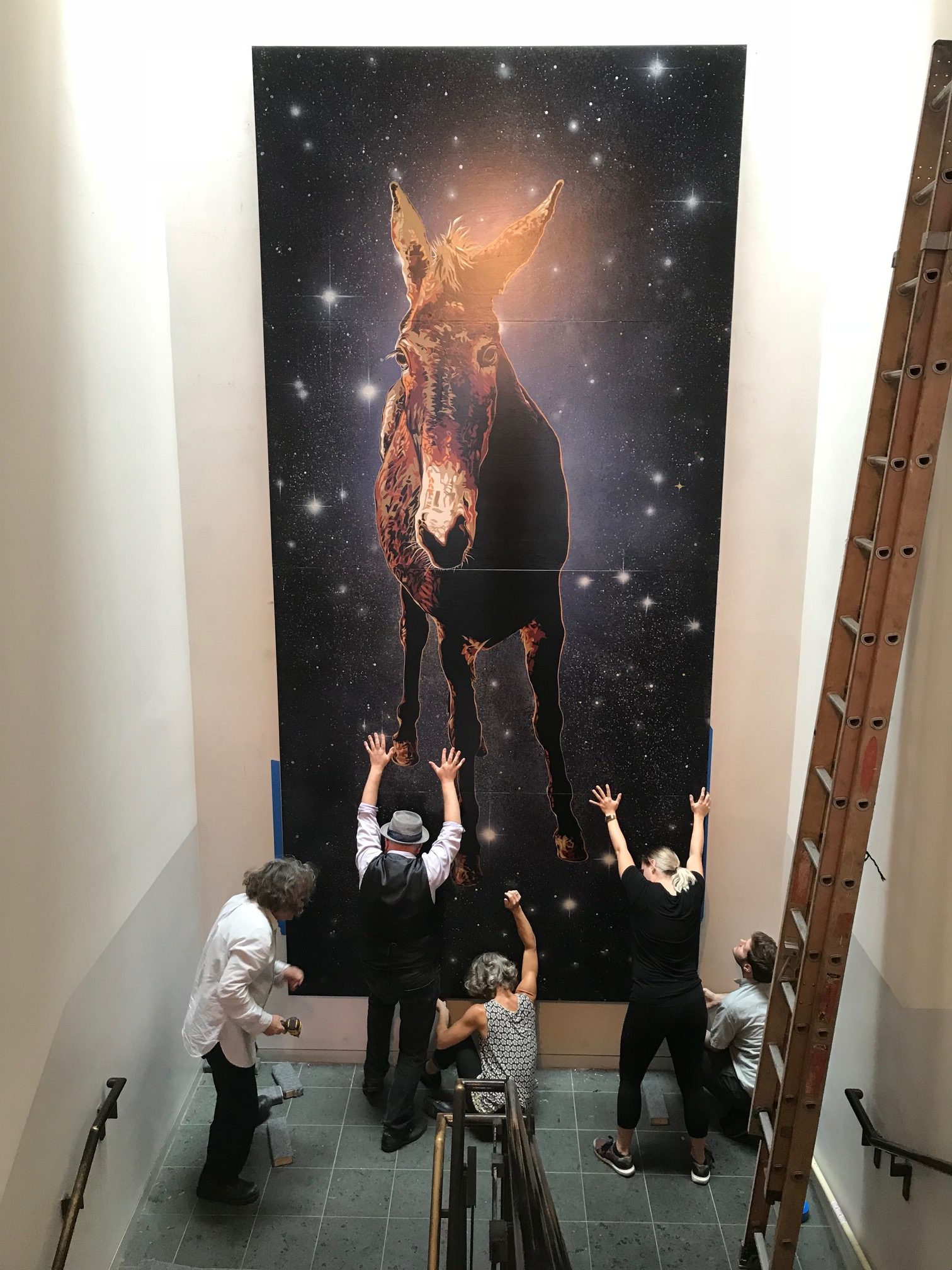 Now on view in the stairwell leading to the fifth floor of the Ogden Museum of Southern art is Jack Niven’s Universal Mule, a piece from the Museum’s Permanent Collection.

The Universal Mule was part of Niven’s 2008 project, American Beauty-South, and was situated on the side of the local London Lodge Motel on Airline Drive. Airline Drive is the last leg of Highway 61’s journey from the Canadian border to New Orleans, symbolic of Niven’s own migration from his home country to the American South.

“The piece I made for American Beauty-South is called Universal Mule. One of the things I have noticed from a broad observance of Southern literature, film, art and folklore is a preponderance of mule depictions. This has, for me in this instance, been distilled to a notion of things ‘mulish.’ In the same way that mules once served as the engine of a rural economy, and still do in a small way, their character as a quotidian symbol is a potent one to invoke on many levels. Hence, the Universal Mule I have called upon here is everyman among us. I wanted this mule to stand as witness to the highway from a cosmic trajectory.” – Jack Niven

This piece will be included in the Museum’s upcoming exhibition, BIG, from November 29 to February 17, 2019. This show will highlight the Museum’s largest holdings. Assembled together for the first time, this exhibition will showcase works that are typically hidden from public view due to their complicated size, and will celebrate artists’ endeavors on a grand scale. Other artists included are Willie Birch, Nicole Charbonnet, Michael Roque Collins, Clyde Connell, Jeffrey Cook, Robert Gordy, Gregory Saunders, Kendall Shaw and Hunt Slonem, among others.

Come see the Universal Mule at the O, and pick up a Mule t-shirt in the Museum Store! Available in youth, women and unisex sizes! 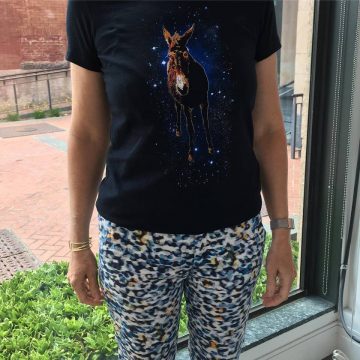