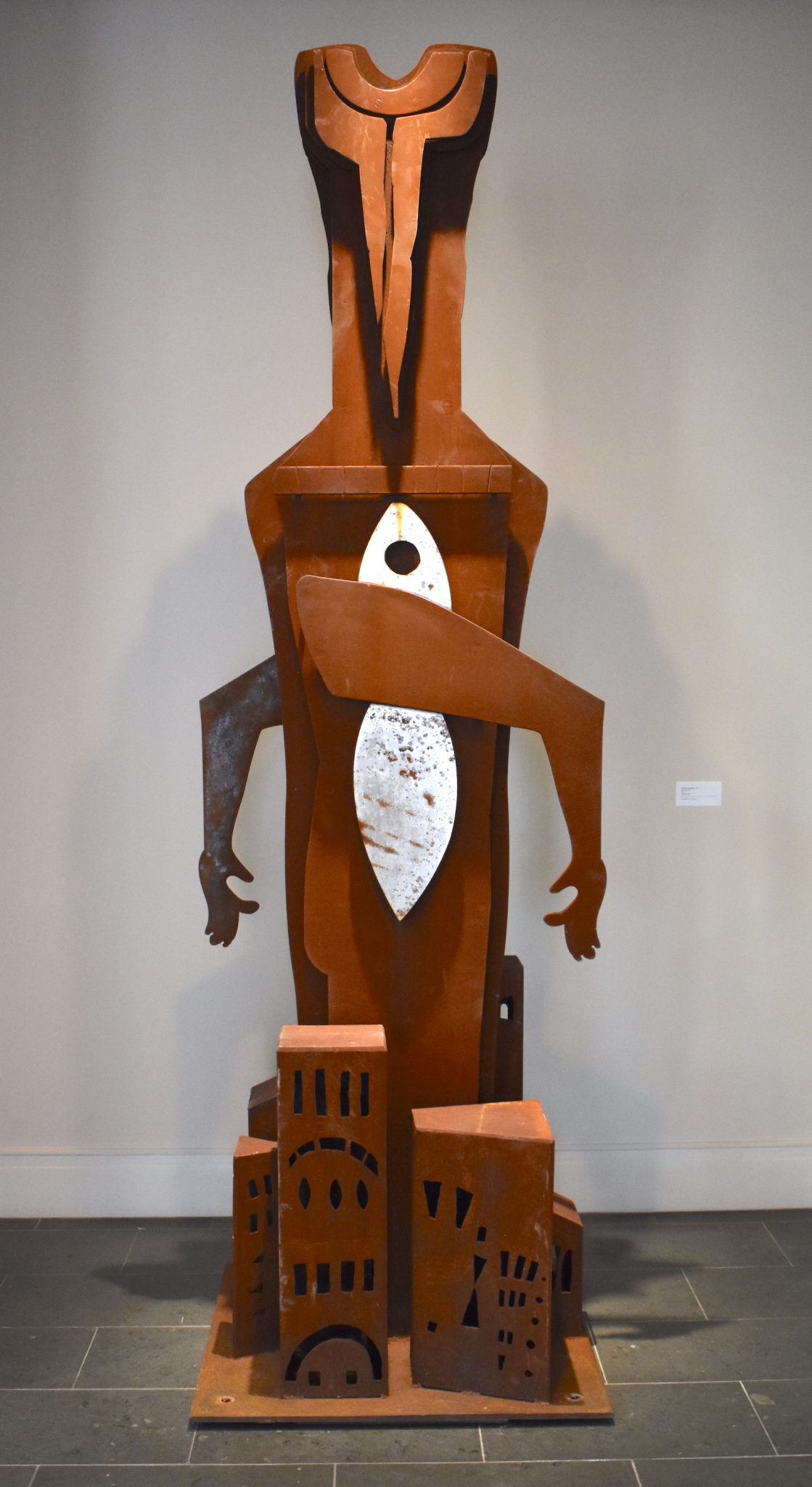 Horton Humble, The Guardian, 2017, Welded steel, Collection of the artist

Today, the O is highlighting a piece from the permanent collection – Horton Humble’s The Guardian, which stands at a towering 10 feet!

It was in the summer of 2017 that Humble created The Guardian, his first public sculpture in steel. The piece was commissioned by The Helis Foundation for the Poydras Corridor project, Sculpture for New Orleans.

New Orleans native, Horton Humble, is self-taught American painter. Aside from painting, Humble also explores sculpture and drawing. Humble’s debut show, Debris (2007), was a series of paintings using wood from the Hurricane Katrina wreckage centered on themes of a lost city and water as a powerful force. In 2008, he embarked on a one-year journey through Africa for his next series, Transit Urban, which included 12 paintings using local traditional fabrics depicting the energy of the people, land and culture. Each piece accompanied him on his travels from Europe to U.S., in cities like Chicago and Lisbon.

After his productive period in Portugal creating The Lisbon Series, Humble returned home and established his studio with a group of fellow artists in New Orleans and co-founded the Level Artist Collective in 2015. As a resident artist for the Joan Mitchell Foundation in 2017, Ogden Museum Curator of the Collection, Bradley Sumrall named him “one of the most talented young painters producing in the South today.” Recently, Horton Humble’s work was featured among four other artists in our Level Artist Collective exhibition.