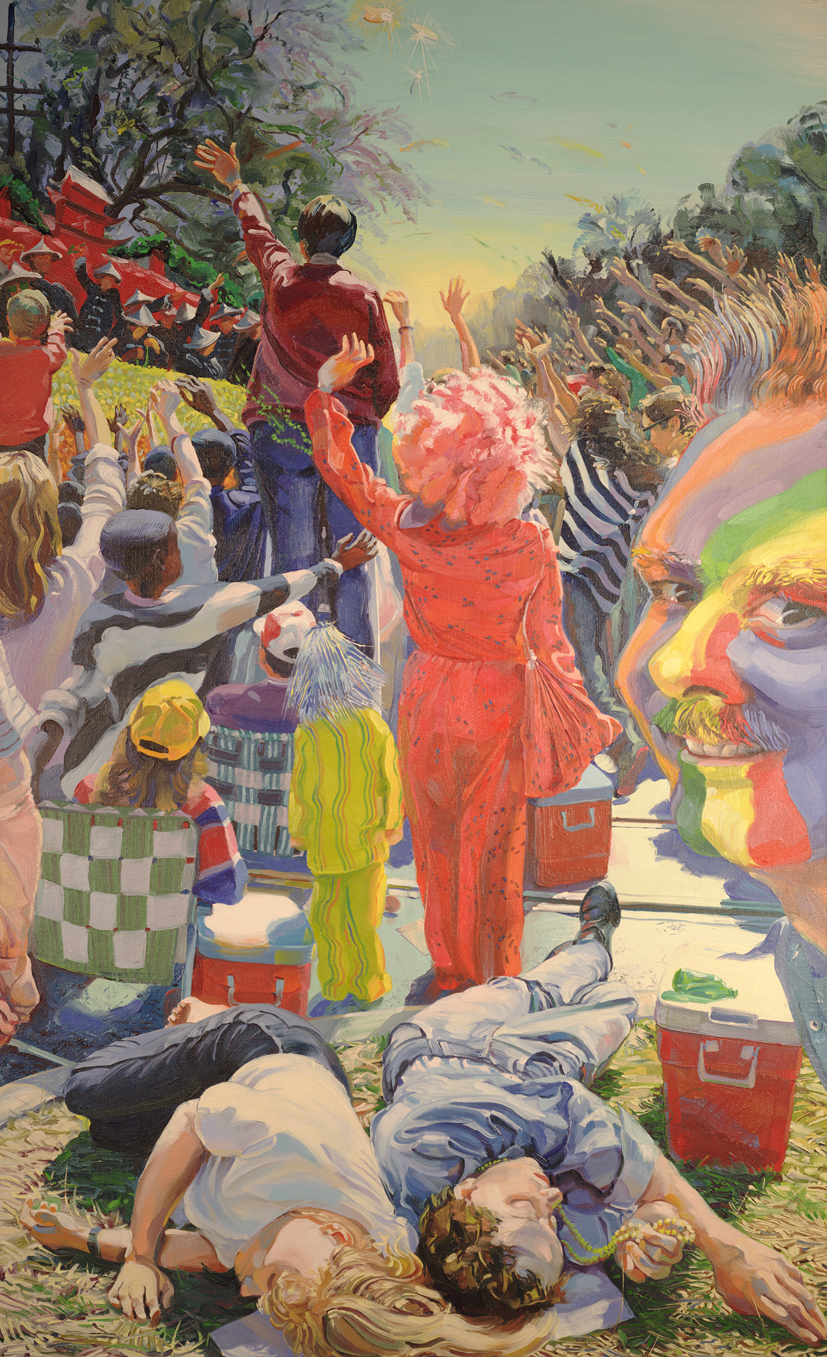 With the Mardi Gras festivities starting, we would like to highlight a piece that represents the celebration of the carnival season. Stanley Sporny’s Mardi Gras Nap depicts the essence of the Fat Tuesday tradition of parade goers flooding the streets of New Orleans. The piece shows the excitement to catch Mardi Gras throws, fashionable costumes and exhaustion from having fun!

Stanley Sporny was born in Philadelphia in 1946. As a young adult, studying at the Philadelphia College of Art from 1964-68, he came under the influence of Red Grooms, Alex Katz, Alice Neel, Elaine de Kooning and Larry Poons. From 1969-72, he earned his M.F.A. at the University of Pennsylvania. Sporny was also a beloved educator at West Virginia’s Marshall University.