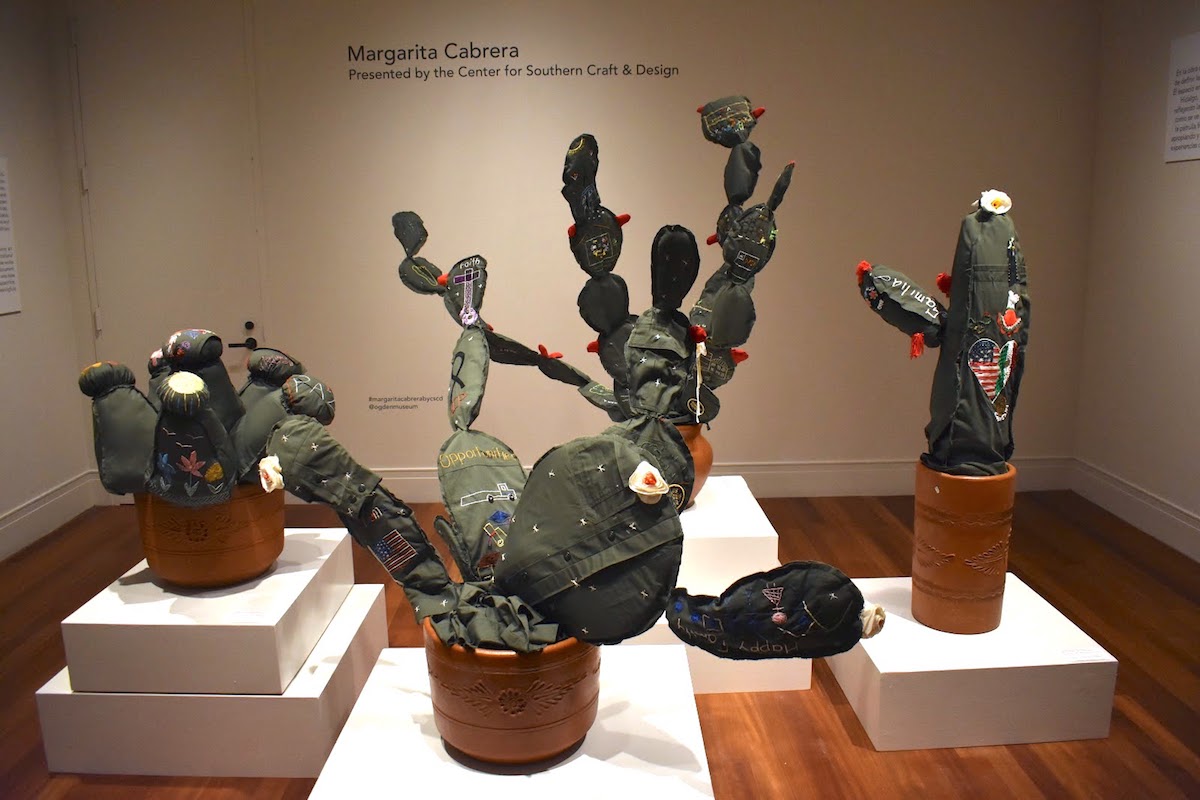 Margarita Cabrera, Space in Between

On view now at the Ogden Museum is Margarita Cabrera, presented by The Center for Southern Craft & Design. Margarita Cabrera creates sculptures made out of materials ranging from steel, copper, wood, ceramics and fabric focusing on social-political community issues including cultural identity, migration, violence, inclusivity, labor and empowerment. Combining contemporary art practices, indigenous Mexican folk art and craft traditions, Cabrera places emphasis on creating social consciousness through her work and generating solutions to the creation of just working conditions and the protection of immigrant rights.

In her body of work titled Space in Between, Cabrera continues her exploration of the defining economic, labor and cultural relationships between the United States and Mexico. This body of work is a collaborative, social-practice project that is a continuation of Cabrera’s ongoing work with Spanish-speaking immigrant communities in the United States. This initiative centers around the creation of artworks and the promotion of cultural dialogues around community, craft immigration, cultural identity and labor. Participants in the workshops are immigrants to the United States from Mexico and Central America, and they have worked with Cabrera to produce sculptural replicas of desert plants indigenous to the Southwestern United States.

The works in Space in Between were created using traditional sewing techniques from Los Tenangos, Hidalgo, Mexico. The embroidery from this region employs colorful narrative traditions reflecting popular culture, traditional rituals and myths of the Otomi indigenous communities, as seen in the replicas of desert plants sewn together out of border patrol uniforms and planted in traditional Mexican terra cotta pots. Sometimes appropriating and other times reclaiming these techniques, immigrant workers relay their own personal border-crossing experiences onto the surface of desert plant sculptures.

Come by the Ogden Museum to see the powerful multi-media sculptural works of Margarita Cabrera on view through May 12, 2019.