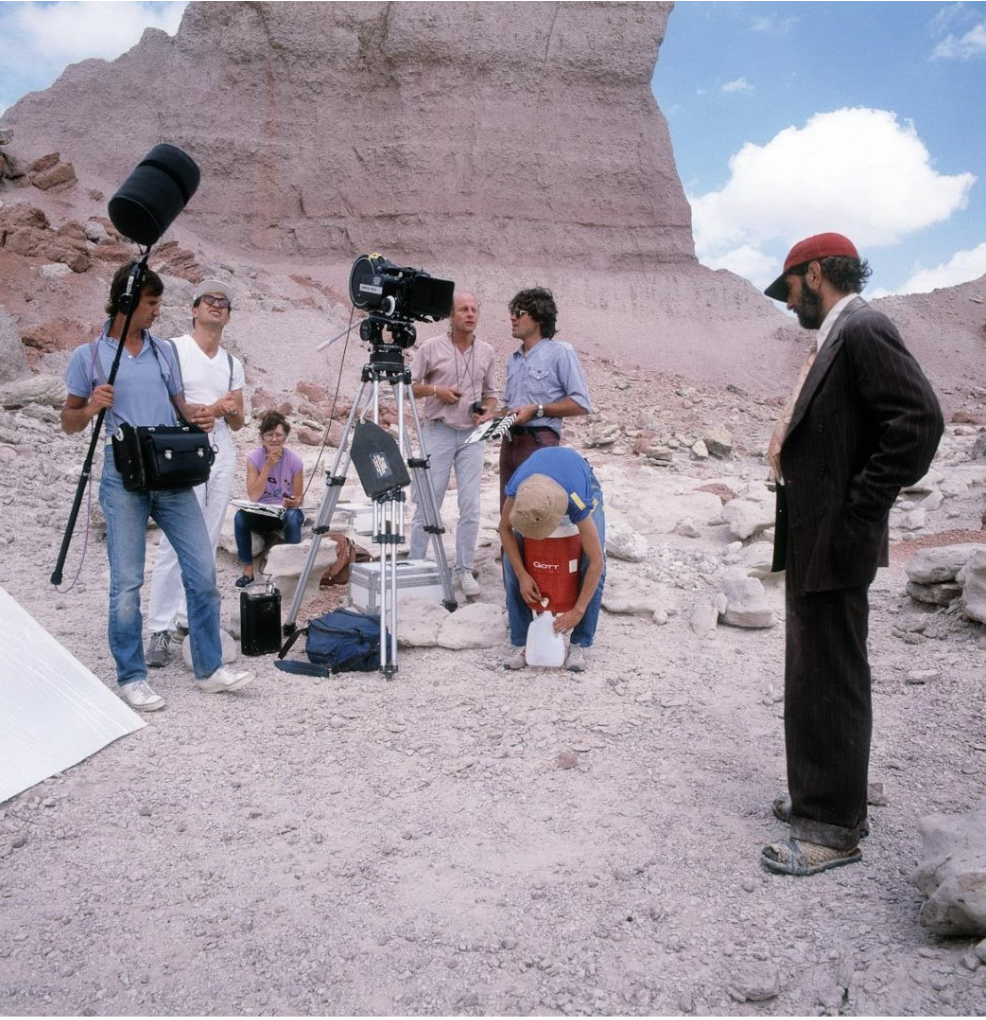 The opening scene of Wenders’ “Paris, Texas” is simply magnificent: the simultaneously barren and breathtaking horizon of Texas’ Devil’s Graveyard, Ry Cooder’s empty, melancholic guitar strumming and somewhere along the way, a disheveled Harry Dean Stanton, walking through the desert aimlessly, but with purpose. This is merely the beginning of a long journey to remember what was erased, as Travis (Harry Dean Stanton) takes a trip with his son Hunter (Hunter Henderson), who he barely knows, to find Hunter’s mother Jane (Nastassja Kinski). Complementary to Wenders’ earlier Road Movies from the 1970s, “Paris, Texas” is invested in American landscapes and particularly the fantasy of the Wild West, something so strange that it could be akin to both outer space, and perhaps, Paris.

Watch on the Criterion Channel with subscription

“4 Little Girls” takes as its grave subject the racially-motivated bombing of 16th Street Baptist Church in Birmingham, Alabama, in which four young girls (Addie Mae Collins, Cynthia Wesley, Carole Robinson and Denise Mcnair) were murdered in 1963. Similar to Spike Lee’s “When the Levees Broke,” highlighted in our last post in the Southern Films blog series, “4 Little Girls” does not merely document or investigate the bombing as an isolated event; rather, it intimately captures the atmosphere of Birmingham in the midst of the civil rights movement. Lush with interviews from the victims’ family members and friends, Lee’s documentary is on the one hand a tribute to the four lives lost. On the other hand, it is a refusal to forget about institutionalized violence. It is a refusal to forget about the Black reverends, activists and youth who cultivated the resistance for equal rights, and against segregation and the third wave of the Ku Klux Klan.

Watch on Hulu with subscription

An epic of homeric proportions, “O Brother, Where Art Thou?” is the Coen brothers’ filmic interpretation of “The Odyssey,” located, however, not in the Aegean Sea or the shores of Troy, but rather in rural Mississippi during the Great Depression. Similar to “Jarmusch’s Down By Law” (1986), featured in our previous post in the Southern Films blog series, “O Brother” follows the adventures of three convicts who escape jail in search of supposed buried treasure. On the way, they encounter immense obstacles and dangerous figures: beautiful siren-like women, thieves and robbers and ritualistically hateful Ku Klux Klan members. Masters of regional filmmaking, the Coen brothers provide a southeastern counterpart in “O Brother” to midwestern “Fargo” (1996) and southwestern “No Country for Old Men” (2007).

Making waves in the film world when it was released — the film premiered at countless film festivals and won several prestigious awards at the Golden Globes and the Academy Awards — “Moonlight” follows the growth of Chiron in three distinct periods of his life: as a young, quiet child who is often referred to as “Little,” as an awkward, lanky teenager experiencing pressure and violence both at home and at school, and as an athletic young adult dealing drugs, who has taken up an old nickname, “Black.” The backdrop of Chiron’s struggles and development, his unspoken desires and sexuality, is the lush landscapes of Miami. Similar to his character Chiron, Jenkins grew up in Florida, and has spoken publicly about how Florida shaped his childhood and directorial aspirations. In “Moonlight,” we get a taste for a new wave of Southern filmmaking that can be inspired by old avant-garde European and Asian masters and simultaneously capture the relevant stories of contemporary American life.

Watch on Netflix with subscription

When Irena, a young Nastassja Kinski, reunites with her long-lost brother, Paul (Malcolm McDowell), in New Orleans, she is fearful of what risky behaviors and bad habits the city may open up within her. It isn’t long before Irena is thrusted into a (literally) transformative adventure of murder, love and incestual desire. Acclaimed for his screenplays and specifically his script for Scorese’s “Taxi Driver,” director Paul Schrader encourages viewers to relinquish taboos, to suppress the superego, to let the power of the Id free if only for a second, in his early film, “Cat People.”

Watch on HBO Now with subscription