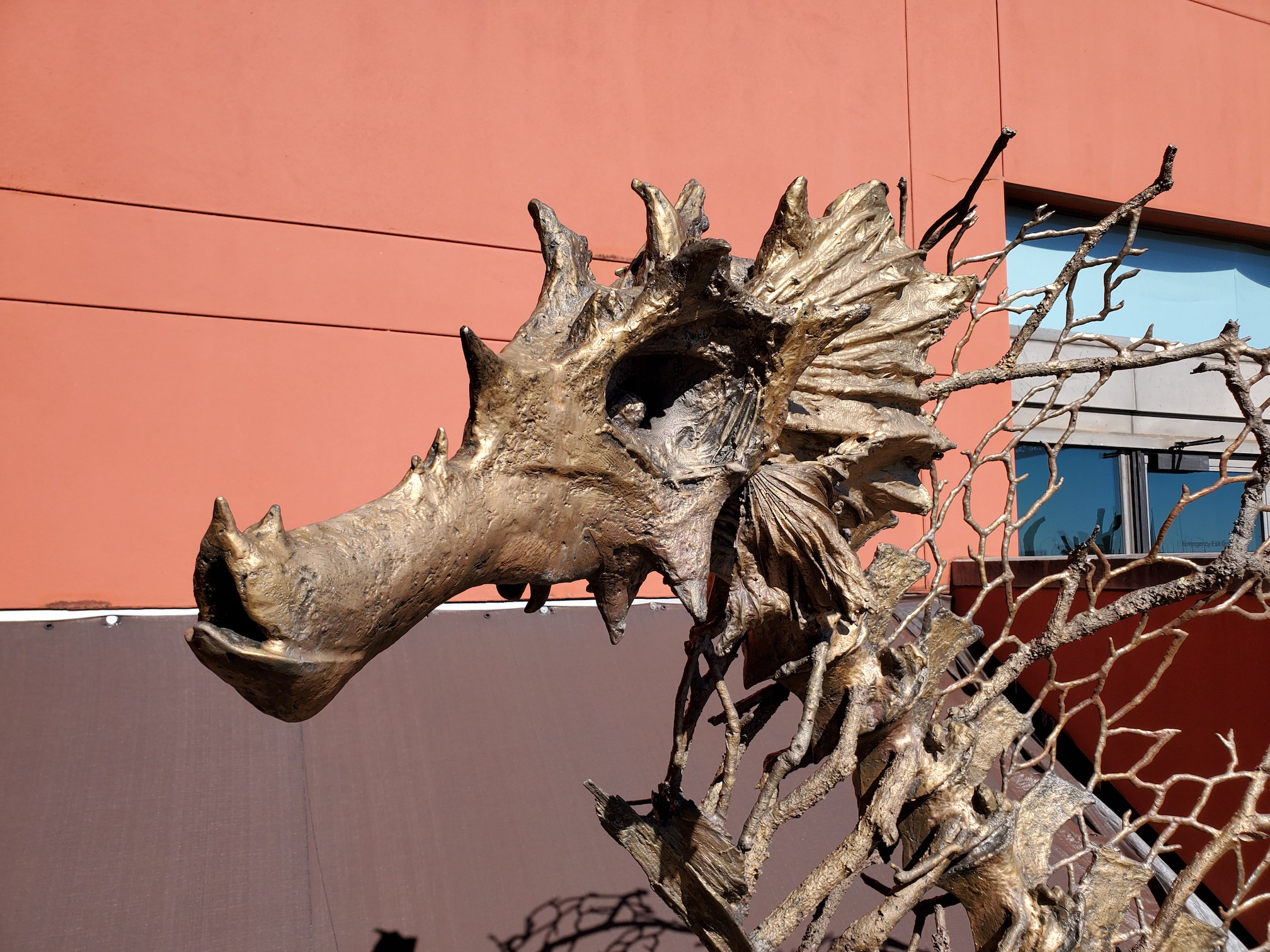 Saint Kampos by Ashley Pridmore was part of the Poydras Corridor Sculpture Exhibition, but as of November 2020, the sculpture resides at Ogden Museum on the fifth floor terrace.

“In this sculpture I blur the lines between land and sea, incorporating cast branches, bones and leaves to create a talismanic sea creature for the City of New Orleans – which is both sustained and threatened by the waters which surround it,” said Ashley Pridmore of Saint Kampos. 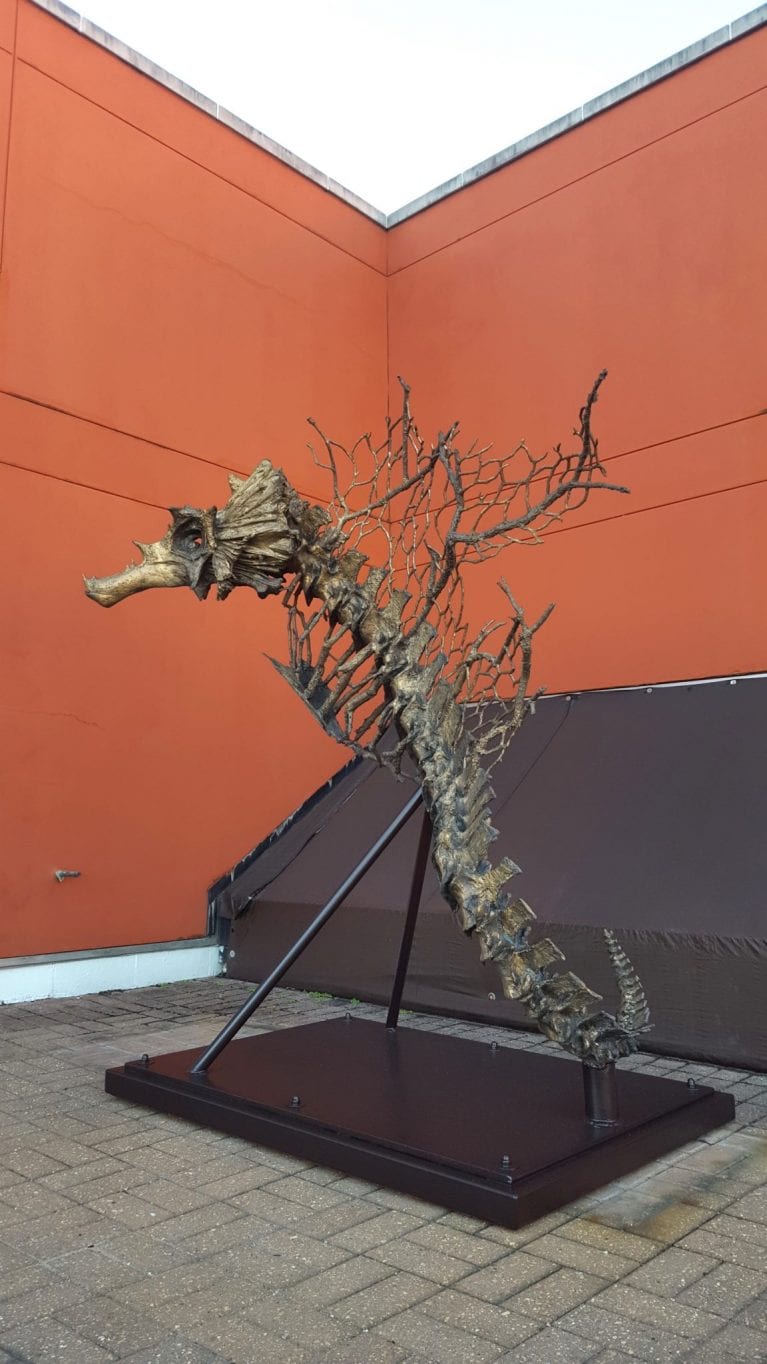 The Poydras Corridor Sculpture Exhibition is the South’s leading rotating public sculpture exhibition. Ogden Museum works in collaboration with The Helis Foundation and The City of New Orleans Department of Parks and Parkways to bring interesting and inspiring sculptures to the citizens of and visitors to New Orleans. The Poydras Corridor Sculpture Exhibition has installed over 33 sculptures by artists of local and international acclaim on Poydras Street between Convention Center Boulevard and South Galvez. This public street art is viewed by an estimated 100,000 people a day either passing in cars or walking the sidewalks and occasionally taking time to take it all in.

Ogden Museum is excited to welcome Saint Kampos to its new home. Ashley’s work, Dreams of Eve, can also be found on display at Ogden Museum in the exhibition, Entwined: Ritual Wrapping and Binding in Contemporary Southern Art.

More About the Artist

Born in the Finger Lakes region of New York State, Ashley Pridmore’s childhood was unusual in contemporary American culture. One of seven children in a household without television, her free time was spent running wild in the forests, playing music or creating art at home. She took drawing lessons as a young girl, and was welding by the time she was fourteen. She received her B.F.A .in Sculpture and Extended Media from Virginia Commonwealth University in 2007.

After school, she spent seven years managing the studio of famed Texas artist, John Alexander, in SoHo, Manhattan. She was artist-in-residence at the Atelierhaus Hilmsen in Sachsen-Anhalt, Germany in 2014, and installed By Land or by Sea – an immersive installation of massive charcoal drawings and sculptures made from oyster shells and raspberry vines in a deconsecrated 13th century Franciscan cathedral that is now Monks Church Museum (Mönchskirche Museum) in Salzwedel. After returning to New York, she spent several years dividing her time between Brooklyn and New Orleans before moving to the Crescent City full time in 2018. Her eight-foot tall bronze skeletal seahorse sculpture, Saint Kampos, was installed on Poydras Street that same year as part of the The Helis Foundation’s Poydras Corridor Sculpture Exhibition. She currently maintains a studio in an industrial warehouse in the Bywater neighborhood of New Orleans. This year, Pridmore is an Arts Council New Orleans’ Civic Arts Fellow.