O What a Night! Gala is Saturday, October 15! Here is a preview of this year’s Silent Auction, sponsored by Neal Auction Company.

We are pleased to present 100+ works of art by regional artists in our O What a Night! Gala Silent Auction, supporting and celebrating the art of the American South. Support the O and the artists, who receive a portion of the proceeds, by previewing at the Museum and bidding online starting October 8. 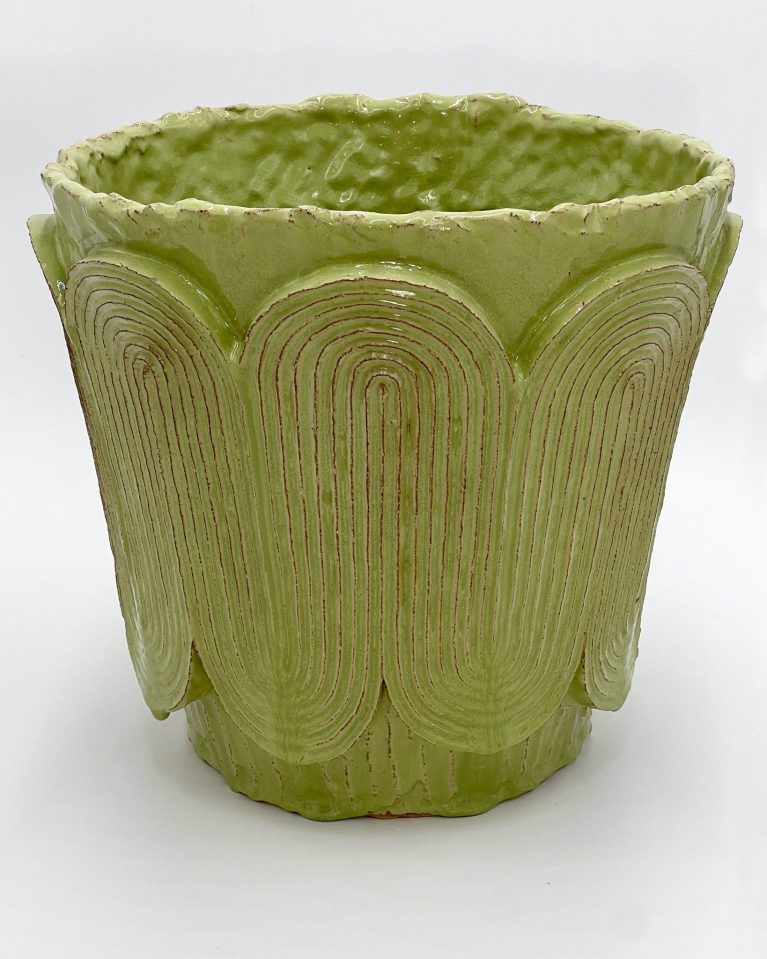 Originally from Detroit Michigan, William DePauw received his B.F.A. from Northern Michigan University in 1996 with a concentration in painting. His creative practice in clay explores the broad possibilities of making. DePaw received his M.F.A. from Tulane University in 2004 and has been a Professor of Practice and Ceramics Lab Tech in the Newcomb Art Department since 2006. His work has been included in exhibitions at Ogden Museum of Southern Art, the Contemporary Arts Center in New Orleans, Schein-Joseph International Museum of Ceramic Art at Alfred University in Alfred, New York, The New Bedford Art Museum in New Bedford, Massachusetts and Marcia Wood Gallery in Atlanta. 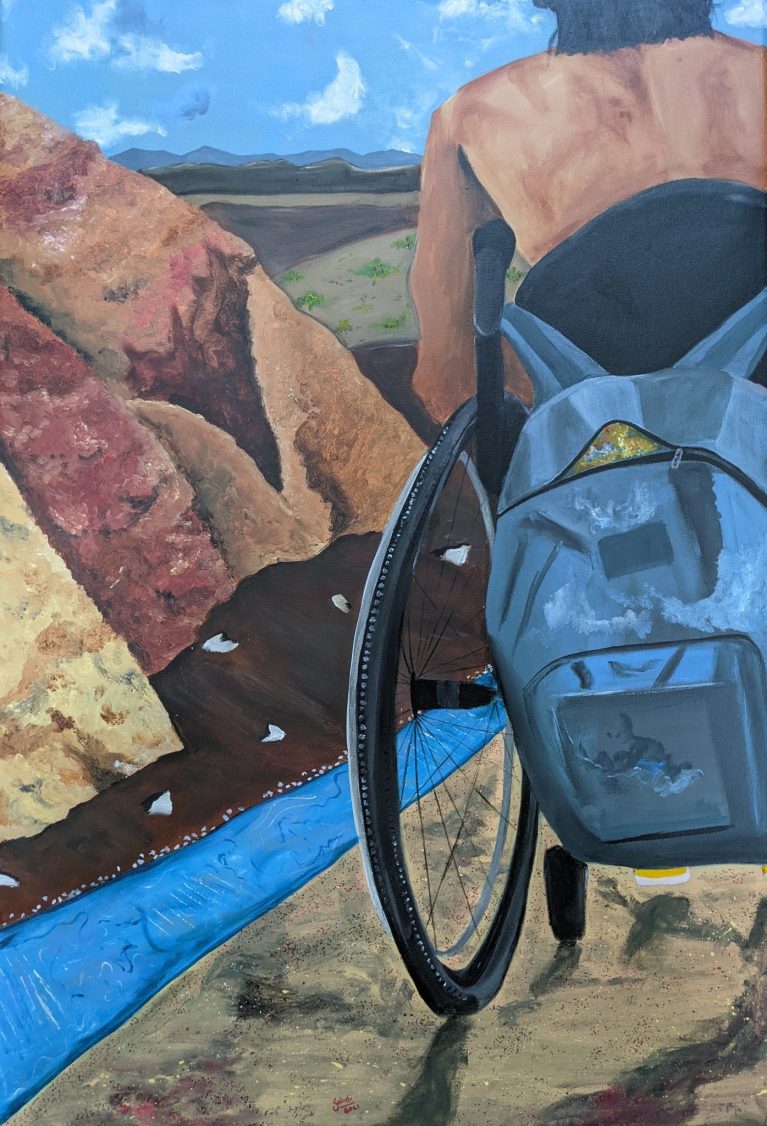 Saheli Khastagir is a painter, writer and international development consultant from India living in New Orleans. “As a painter, I use elements of surprise, irony and humility in my work to take leaps of empathy, imagination and revelations,” says Saheli. “My paintings combine the magical, surreal and the wild with the figurative, everyday and domestic subjects.” Her paintings have been part of group shows in the U.S. and India. Her art has been featured in various publications like “Homegrown,” “Indian Women Blog” and “The Alipore Post.” 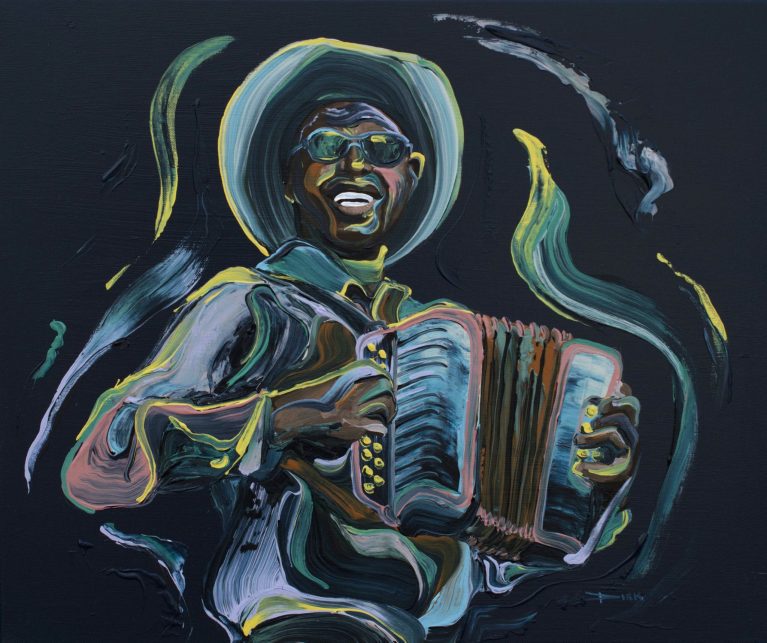 Born in 1987, Dirk Guidry was raised in the small bayou town of Galliano, Louisiana. In 2005, Guidry moved away from the bayou to attend the University of Louisiana at Lafayette. The art program helped further his skills as well as develop his own unique style. In spring of 2012, Guidry received his Bachelor of Fine Arts degree with a concentration in Painting.

The painting, Cedric, is part of the Festival International Musician Series which combines the flowing brushwork from original abstracts with more representational figures. The integration of the brushwork with the figures as well as the vibrant color palette, creates an energy that is specific to this music festival. Cedric Watson is a four-time Grammy-nominated fiddler, singer, accordionist and songwriter that specializes in Cajun, Creole and Zydeco music. 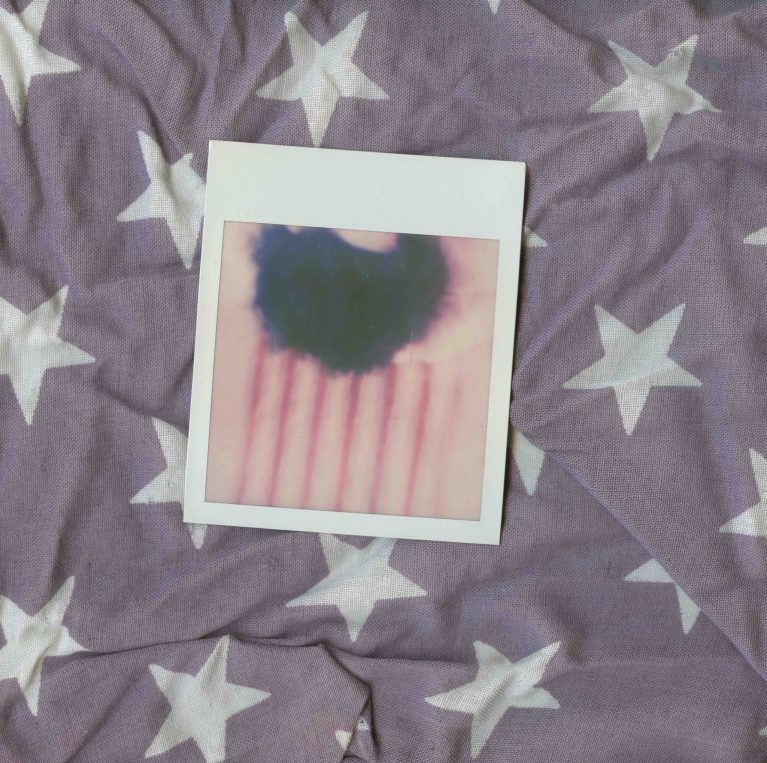 Shabez Jamal, All American, 2021, Chromogenic Print, Collection of the artist

Shabez Jamal is an interdisciplinary artist based in New Orleans, LA. His work, rooted in still portraiture, experimental video and performance, interrogates physical, political and social-economic space by using queerness, not as a means of speaking about sexuality, but as a catalyst to challenge varying power relations. Often turning the lens on himself, Jamal utilizes self-portraiture as a means of radically redefining the parameters of racial and sexual identity.

Shabez says, “Through this work, I am questioning the role that the Black interior space plays within the formation of a Black queer identity by focusing on household objects, such as the photo album, refrigerator, household mirrors; approaching these objects through an understanding of their metaphorical and literal abilities to reveal oneself to themselves. I’m particularly interested in the manner in which photographs interact with these objects and within the entirety of the Black interior space.” 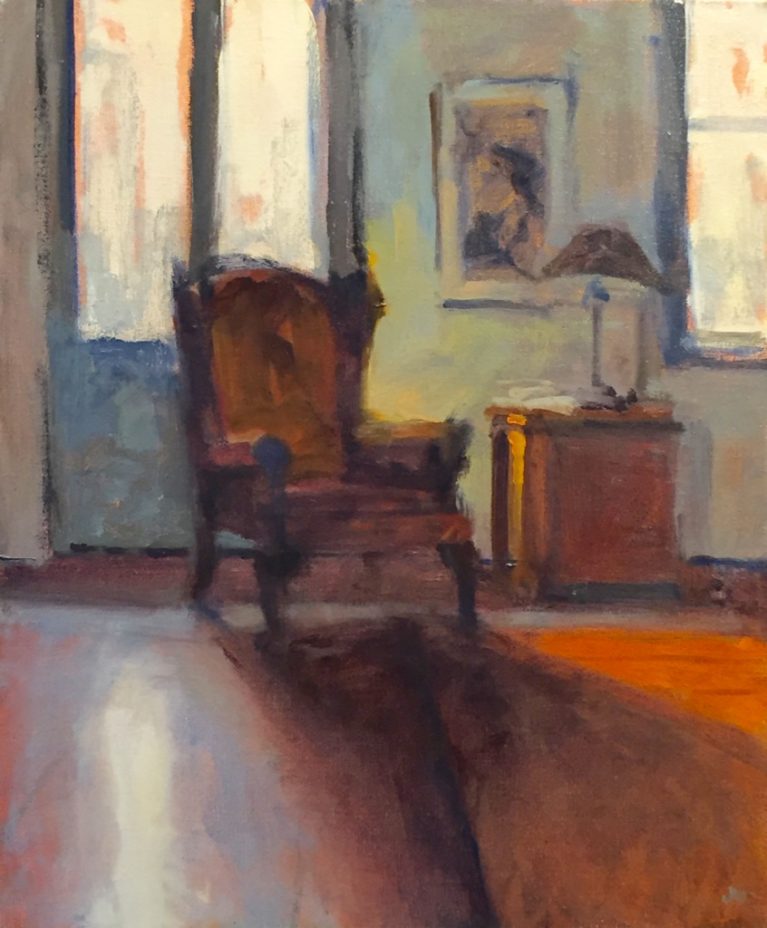 Joan Griswold was born in Oberlin, Ohio in 1954. She moved to Rochester, New York and then in 1970 to Kobe, Japan. After graduating from an international high school, she spent a year in Kyoto studying the language and pottery of Japan. She graduated from Beloit College in 1977 with a double major in Classics and Studio Art.

After a few years of foreign travel, she settled in New York where she opened and ran a small art gallery and frame shop for five years. In 1986, she moved to the Berkshires. Since 2010, she and her husband, Roy Blount Jr., have divided their time between the Berkshires and New Orleans. Ms. Griswold’s award-winning work has been featured in many solo and group exhibitions and has been acclaimed in the “New York Times” and other publications. Her work can be found in many private collections throughout the U.S. and Europe.

Open Shutters demonstrates how Griswold captures light with paint. She describes her process saying, “I enjoy mixing paint, brushing it on, wiping it out and scumbling it back on; I love making what looks like a mess, has all the energy of a mess, up close. But as you step back, the mess becomes a book on a desk, a pillow on a couch or lamplight across a bed.”

O What a Night! Gala raises critical funds for Ogden Museum’s exhibitions and programming. Come support the arts and culture of the South on October 15 while also joining us in honoring this year’s recipient of the OPUS Award, George Dunbar. The gala will feature live music, food, entertainment, live and silent auctions, cocktails, dancing and more!