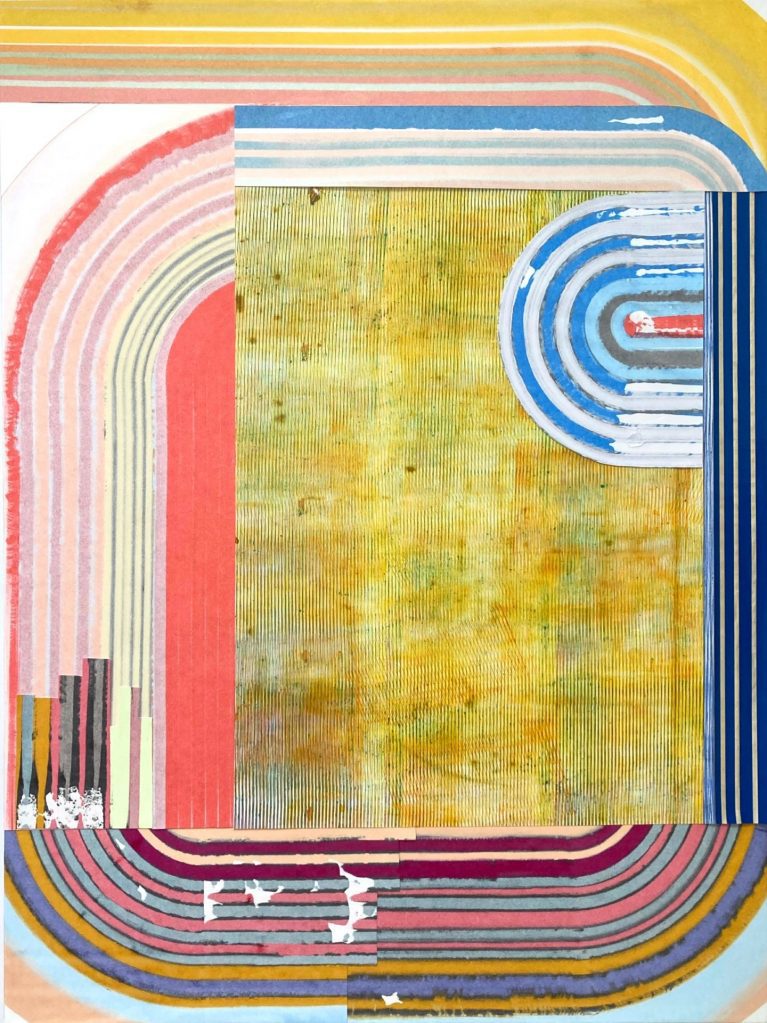 NEW ORLEANS — Ogden Museum of Southern Art announced today the artists selected for the 2022 edition of Louisiana Contemporary, presented by The Helis Foundation, the Museum’s annual juried exhibition featuring work by contemporary artists from across the state. This year’s juror, Valerie Cassel Oliver, Sydney and Frances Lewis Family Curator of Modern and Contemporary Art at Virginia Museum of Fine Arts, has selected 51 works by 49 artists from a total of 1,036 submissions. Louisiana Contemporary, presented by The Helis Foundation will be on view at Ogden Museum starting August 6, 2022 through January 8, 2023.

Ogden Museum of Southern Art first launched Louisiana Contemporary, presented by The Helis Foundation in 2012, to establish a vehicle that would bring to the fore the work of artists living in Louisiana and highlight the dynamism of art practice throughout the state. Since the inaugural exhibition over a decade ago, Ogden Museum has shown works by 489 artists, making Louisiana Contemporary an important moment in the national arts calendar to recognize and experience the spectrum and vitality of artistic voices gathered in New Orleans and in art communities across Louisiana. This statewide, juried exhibition promotes contemporary art practices in the state of Louisiana, provides exhibition space for the exposition of living artists’ work and engages a contemporary audience that recognizes the vibrant visual arts culture of Louisiana and the role of New Orleans as a rising, international art center.

The roster of 2022 artists includes:

“New Orleans never disappoints and the same can be said of the artists that inhabit The Big Easy and the state of Louisiana at large,” shares 2022 juror Valerie Cassel Oliver. “A loud applause for the artistic vitality that is celebrated in this exhibition. And, a big thank you to Ogden Museum for providing such an important platform for this work to be seen.”

Most recently, Cassel Oliver was named the recipient of the 2022 Audrey Irmas Award for Curatorial Excellence from The Center for Curatorial Studies at Bard College and the awardee of the College Arts Association’s 2022 Excellence in Diversity Award. In March, 2022, she accepted the Alain Locke International Art Award from the Detroit Institute for the Arts.

Each year, with support from The Helis Foundation, Ogden Museum honors four of the presenting artists, highlighting some of the most provocative and compelling works in the exhibition. The four awards come with cash prizes and special recognition at the Museum. The recipient of the lead award, The Helis Foundation Art Prize, will receive the unrestricted amount of $5,000. Awards will be given by Oliver at a private reception for Louisiana Contemporary artists on August 5, and will be publicly announced on August 6.

Ogden Museum of Southern Art Executive Director William Pittman Andrews states “Museums traditionally look backward in time to classify and categorize the work artists do, sometimes years after a movement, tradition, period or style has passed. Now more than ever it’s important that Ogden Museum provide space for a critical examination of our times that artists historically provide. We’re grateful for the artists that live and work in our communities, and for the visiting jurors who curate a response to what we are all living through. It is our great privilege to bring them together and celebrate both each year.”

Louisiana Contemporary will open to the public on Saturday, August 6 during Fidelity Bank White Linen Night, a community celebration of art and culture.

Louisiana Contemporary is made possible by presenting sponsor, The Helis Foundation.

Valerie Cassel Oliver is the Sydney and Frances Lewis Family Curator of Modern and Contemporary Art at the Virginia Museum of Fine Arts. Prior to her position at the VMFA, she was Senior Curator at the Contemporary Arts Museum Houston (2000 – 2017). She has served as director of the Visiting Artist Program at the School of the Art Institute of Chicago (1995-2000) and a program specialist at the National Endowment for the Arts (1988-1995). In 2000, she served as one of six curators selected to organize the Biennial for the Whitney Museum of American Art in New York.

Her 2018 debut exhibition at the Virginia Museum of Fine Arts was the five-decade survey of work by Howardena Pindell entitled, Howardena Pindell: What Remains to be Seen. The exhibition, co-organized with Naomi Beckwith, was mounted for the Museum of Contemporary Art Chicago and named one of the most influential of the decade. At the VMFA, Cassel Oliver organized the exhibition, Cosmologies from the Tree of Life that featured over thirty newly acquired works from the Souls Grown Deep Foundation. Most recently, she opened the exhibition, The Dirty South: Contemporary Art, Material Culture and the Sonic Impulse, to critical acclaim. The exhibition opened in Richmond May, 2021 and is currently touring through January, 2023.

Cassel Oliver is the recipient of a Getty Curatorial Research Fellowship (2007); a fellowship from the Center of Curatorial Leadership (2009); the High Museum of Art’s David C. Driskell Award (2011); the Arthur and Carol Kaufman Goldberg Foundation-to-Life Fellowship at Hunter College (2016) and the James A. Porter Book Award from Howard University (2018). From 2016-17, she was a Senior Fellow in Curatorial Studies at the School of the Art Institute of Chicago and, in Spring 2020, she served with Hamza Walker as a Fellow for Viewpoints at the University of Texas at Austin.

Cassel Oliver holds an Executive MBA from Columbia University, New York; an M.A. in art history from Howard University in Washington, D.C. and a B.S. in communications from the University of Texas at Austin.

About Ogden Museum of Southern Art

Located in the vibrant Warehouse Arts District of downtown New Orleans, Louisiana since 1999 and open to the public since 2003, Ogden Museum of Southern Art invites visitors to experience and learn about the artists and culture of the American South. Ogden Museum is home to a collection of more than four thousand works, making it the largest and most comprehensive repository dedicated to Southern art in the nation, with particular strength in the genres of Self-Taught, Regionalist, Photography, and Contemporary Art. The Museum is further recognized for its original exhibitions, public events and educational programs, which examine the development of visual art alongside Southern traditions of music, literature and local craft.