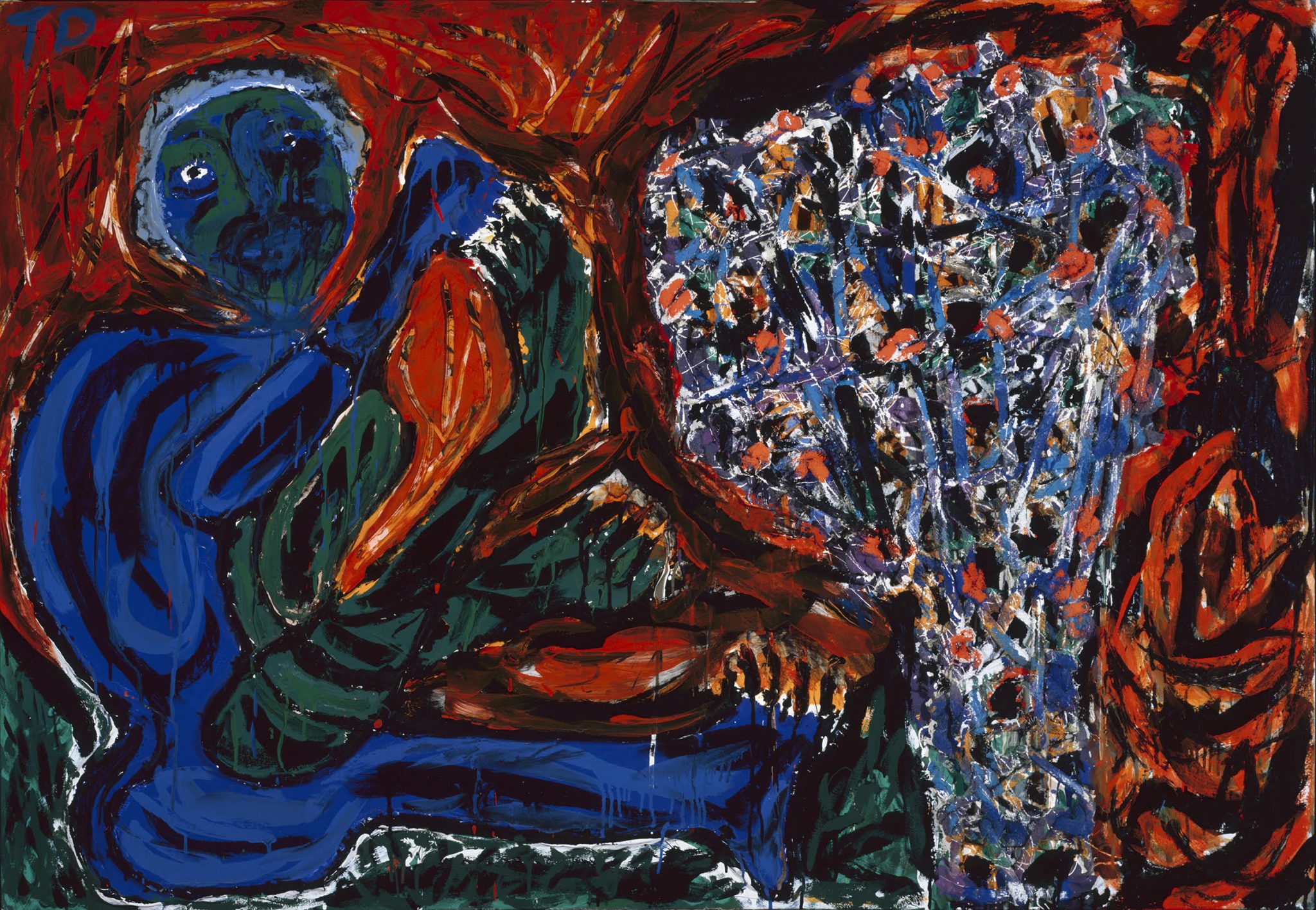 Thornton Dial, Man Got it Made Sitting in the Shade, Braided rope on canvas mounted on wood, 1991, Gift of the Roger Houston Ogden Collection, 2003.1

Thornton Dial was born in 1928 – during the time of segregation – on a cotton plantation in Emelle, Alabama. He was one of 12 children, and he grew up without a father. At the age of 10, he moved to Bessemer, Alabama³. Starting at a young age, Dial began working, and the little time Dial was in school was spent drawing instead of paying attention to lessons. Dial would always get in trouble for the time he spent drawing. He grew tired of the punishment so by the age of 12, he dropped out of school².

Soon after Dial moved to Bessemer, he worked a series of odd jobs including cement work on highways, carpentry, house painting and metalwork of all kinds. Dial continued these odd jobs until he found steady employment as a metalworker at Pullman Standard Company. Pullman manufactured railroads and Dial worked there for 30 years. During his employment at Pullman, Dial continued to do odd jobs, and as a hobby, started creating art. He would make art out of scrap metal and other discarded materials and would sell his art work around the neighborhood². 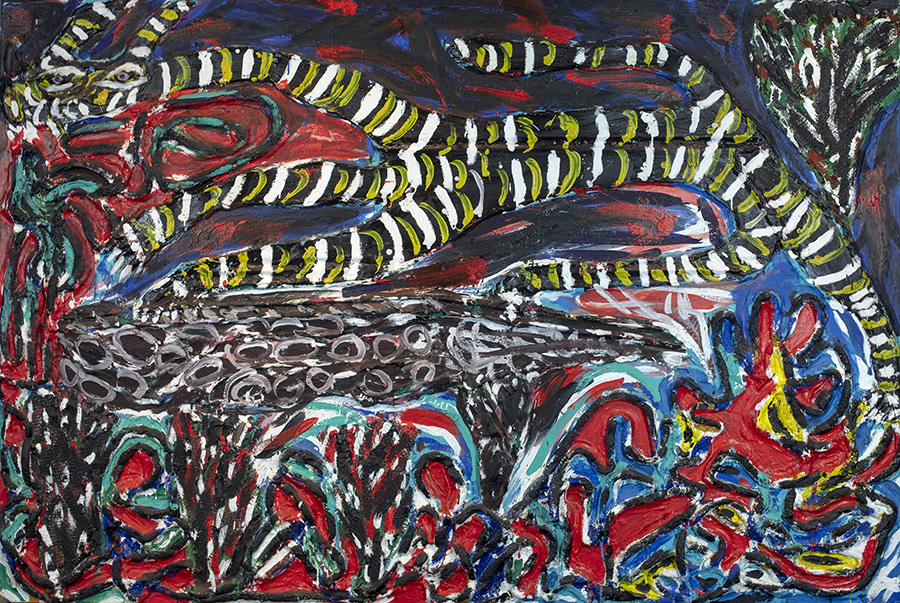 In 1951, Dial got married and he and his wife had five children. When Pullman closed in 1981, Dial and some of his sons began making furniture out of wrought iron. Dial also devoted more time to his art. While Dial never received any formal training in art or sculpture, the skills he learned as a metalworker and handyman served as a foundation for his artistic techniques.

Dial’s art caught the attention of Lonnie Holley, an artist who also mostly made art and sculptures from found objects. In 1987, Holley introduced Dial’s work to William Arnett, an Atlanta, Georgia-based art collector with a special interest in the self-taught Black artists of the American South. Dial and his work became a centerpiece of Arnett’s Souls Grown Deep Foundation. From there, Dial’s artwork made its way first into local museum and gallery exhibits and then into renowned museums across the United States¹. Only at that point did Dial consider his “things” to be works of art.

Dial worked in a variety of media including large-scale sculptures, painting and assemblage, yet his pieces are easily recognizable. His catalogue includes small works on paper, as well as large welded sculptures. Portraiture, animal figuration and abstraction offer recurring themes. A tiger motif, a symbol of Black struggle, frequently appears in his work. Dial’s work reflects his life experiences, often within historical context, ranging from the implications of race relations in America to romance³. Despite lacking a basic education and formal training, Dial has risen to prominence and museums across the country hold his works in their collections. 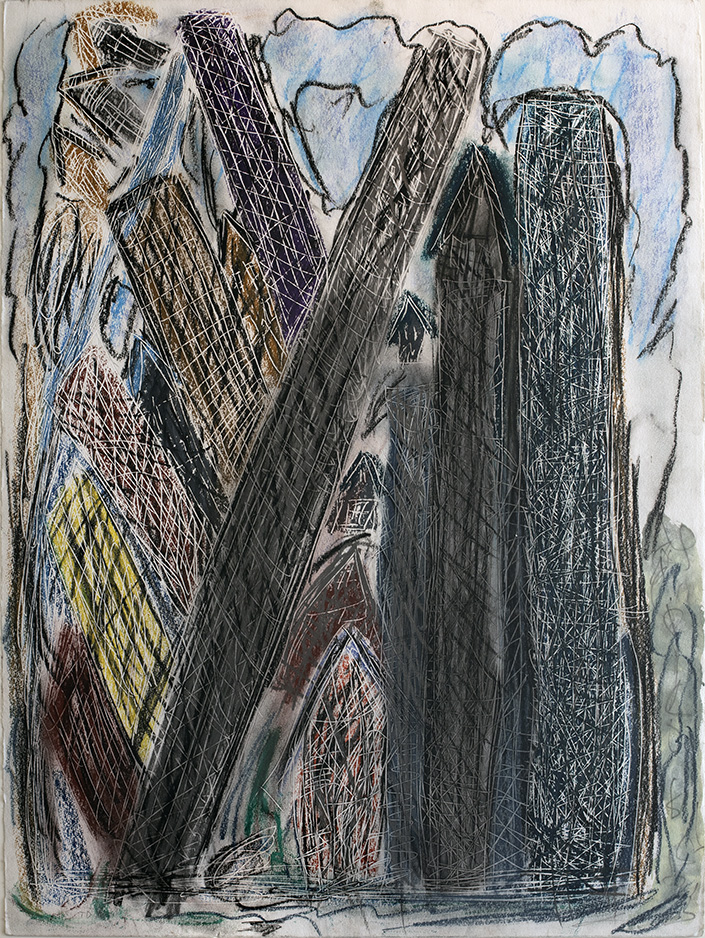