Learn More and Register to Bid 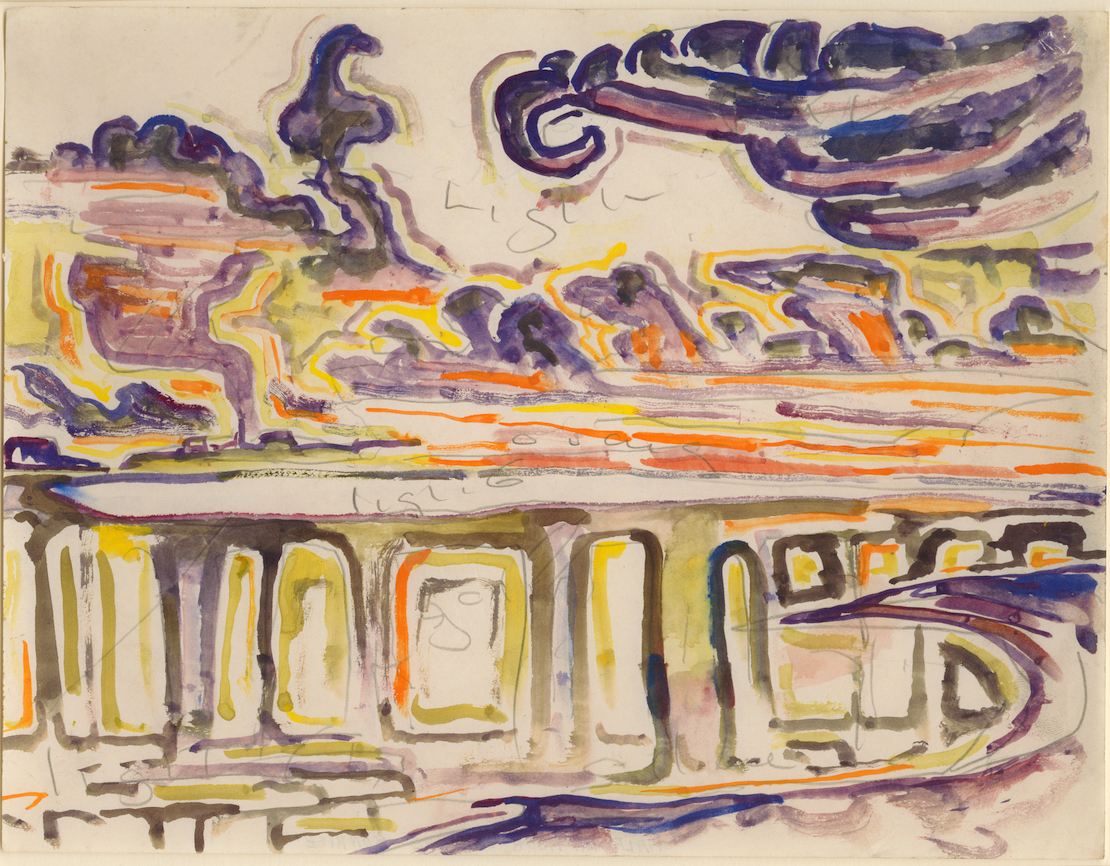 Walter Anderson was born in 1903 in New Orleans. In 1918, the family purchased land in Ocean Springs, Mississippi and in 1928, the Andersons opened Shearwater Pottery, which is still a thriving family pottery in Ocean Springs today.⁣⁣
⁣⁣
In 1945, Anderson and his family moved into a small cottage at Shearwater. From then until his death, he lived a reclusive life working at the pottery and spending an increasing amount of time on his beloved Horn Island. Anderson would take a rowboat from Shearwater to the island, where he would attempt to capture the environment through extensive logs and watercolors. He filled over ninety journals with reflections of nature. ⁣⁣
⁣
Ogden Museum holds several works by Anderson in its permanent collection, some of which are currently on view.⁣ 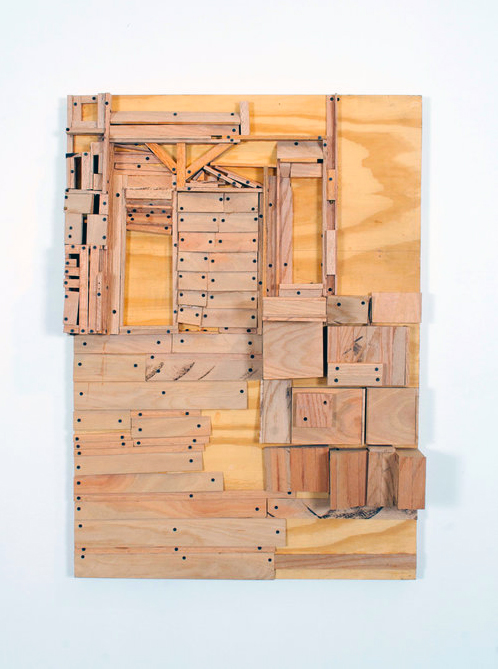 John Barnes was born in the community of Bogalusa, Louisiana in the month of December, 1971. When he turned four, his family moved to Baton Rouge, where the public school system provided him with his earliest introduction to art making. Throughout Barnes’ education as a youth, he was drawing or attempting to construct things.

Art remained a curiosity for John until he attended Southern A&M University as an art major, he completed his studies with a B.S. in art in 1997. Barnes also attended Memphis College of Art for graduate study, where he was awarded a M.F.A. degree in sculpture in 1999.

Barnes began his academic career in New Orleans at Dillard University, where he currently directs the visual arts program. John is married with two children. Barnes’ work has been featured in major publications such as Art Forum magazine, as well as in solo and group exhibitions throughout the United States, and in juried international biennials such as Prospect.1.  John recently participated in the Joan Mitchell Center’s studio artist residency. His work is primarily wood, which he constructs into assemblages.

John Barnes was featured in Ogden Museum’s 2020 exhibition, What Music is Within: Black Abstraction from the Permanent Collection. 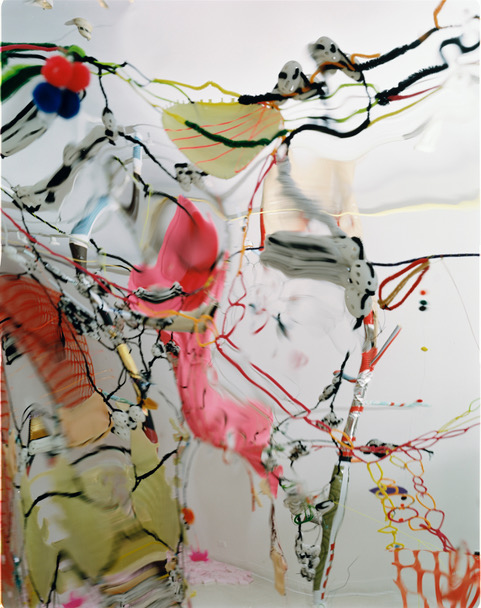 Sally Heller, Caught in a Maelstrom, From the Calamitrees series, 2007, 50 x 40, Chromogenic print, Courtesy of the artist

Sally Heller’s art encompasses multi-material installations and the permanent works she fashions from those hand-built constructions. Her materials range from low-end craft components to stainless steel. Permanent sculptures include a public sculpture installed in downtown New Orleans, funded by a 2008 Joan Mitchell grant, and a stainless steel sculpture commissioned by a private collector.

Heller has been awarded residencies at the Headlands Center for the Arts, San Francisco; Civitella Ranieri, Umbria, Italy; the Vermont Studio School, Johnson, Vermont; and Yaddo, Saratoga Springs, NY. She holds a B.S. from University of Wisconsin and an MFA from Virginia Commonwealth University. 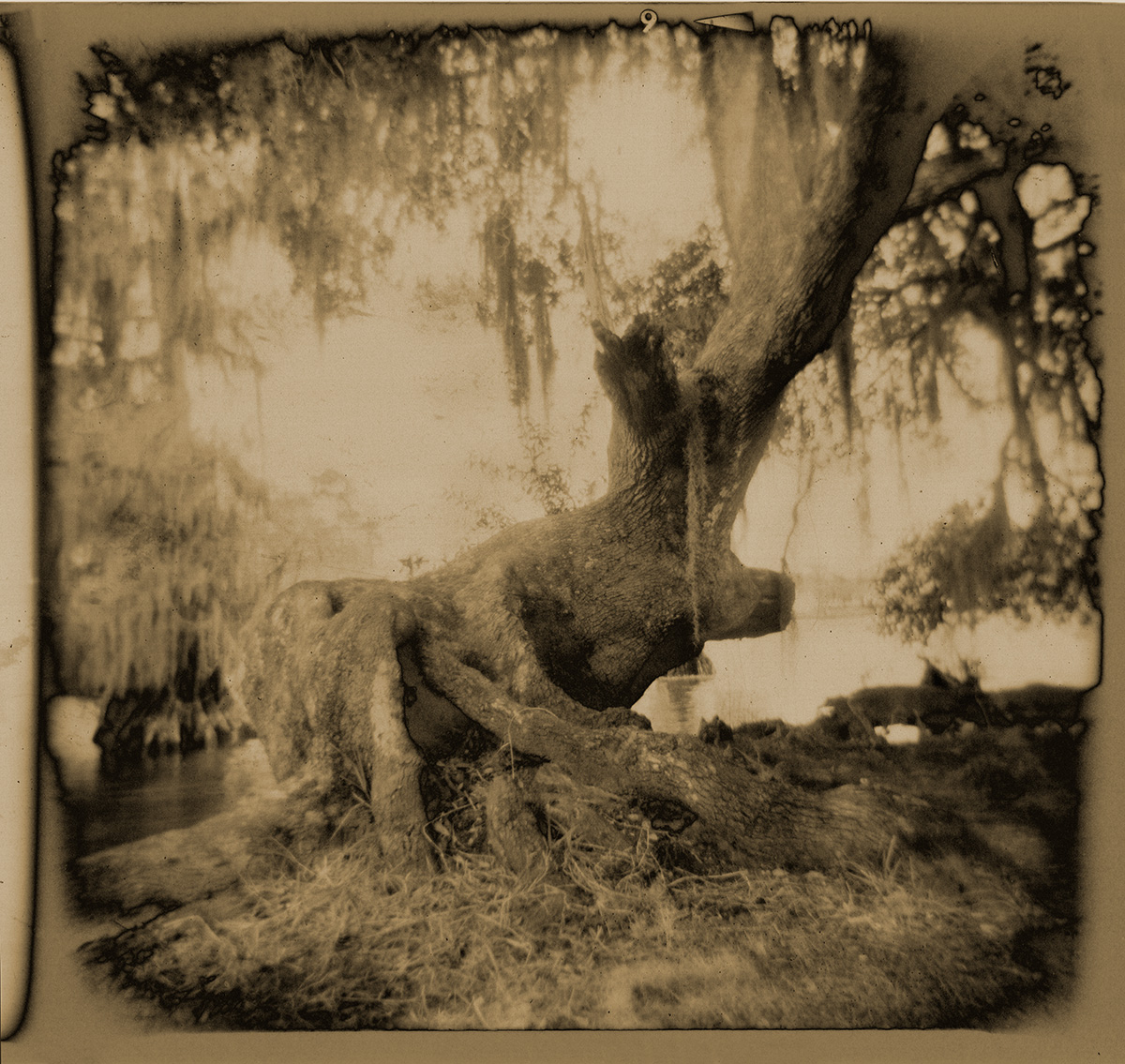 Awards include a Fellowship from the Pollock/Krasner Foundation 2007, the Louisiana State Division of the Arts, Artist Fellowship 2008 and two Louisiana Cultural Economy Foundation grants.

A lifelong resident of the Southern United States, she has completed several art documentary projects about her own unique Southern culture, as well as a longstanding project of reinterpreting modern and ancient graffiti into personal abstractions.

Leslie attended the Art Institute of San Miguel de Allende, Mexico, but her influences started practically at birth. Her grandmother was the fine art photographer, Dina Woelffer. As a student of and then fellow teacher with Aaron Siskind and Lazlo Moholy-Nagy at the Art Institute of Chicago and the Institute of Design, she formed life long friendships with them as well as other mid-century photographers and painters. 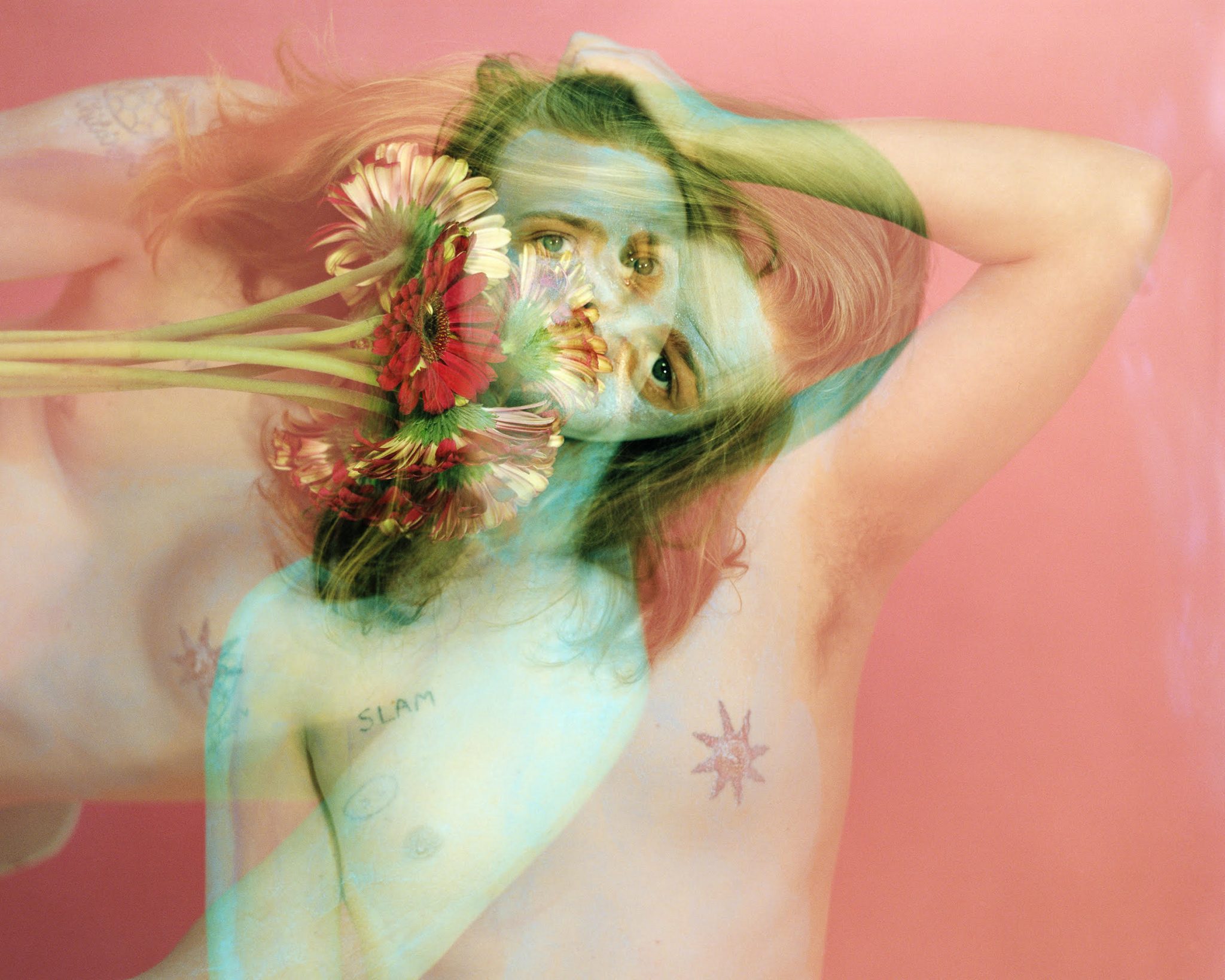 Her visual voice was developed while a student at New York University in the 1990’s, when she began producing street installation art such as Butcherknives (1991), a work that addressed issues of sexual violence. A chilling juxtaposition of billboard-like close-ups and text from poet, Michelle Kotler, Butcherknives, was plastered all over the streets of lower Manhattan on the evening the William Kennedy Smith verdict was announced. The poster’s timely and provocative appearance resulted in heightened critical attention for Blackwood, including an invitation to join the Women’s Action Coalition (WAC) from renowned artists and scholars, Kiki Smith and Lucy Lippard.

Blackwood received her M.A. in Studio Art from New York University and B.A. in Classics from The University of Oklahoma. Her work has been featured in several publications including The New York Times, ArtDesk Magazine, New York Newsday, The Village Voice and The Chicago Sun Times and has been exhibited in galleries and museums throughout the U.S. and abroad. 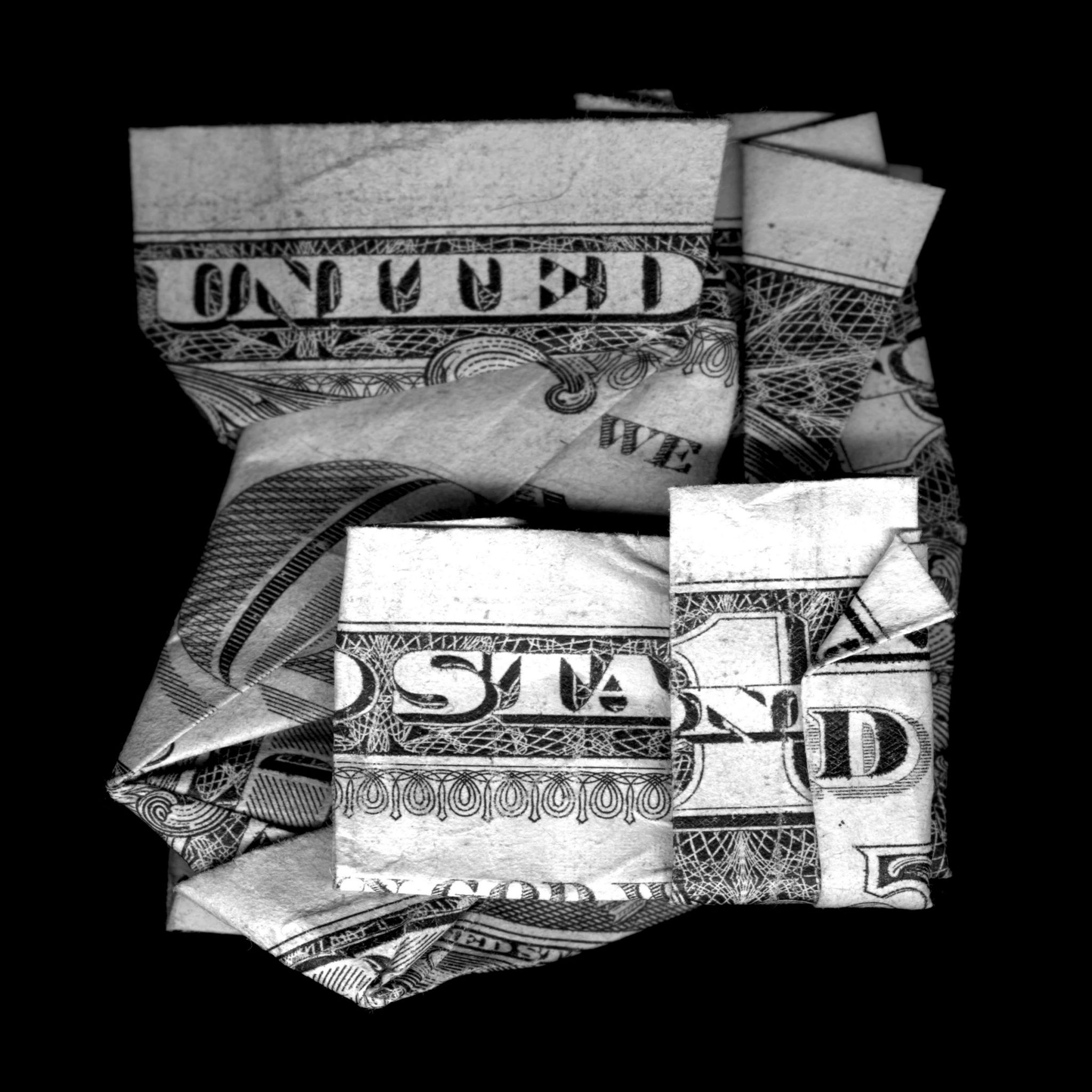 D-TAG is an artist based in New Orleans.  He is well known for thoughtful and often political portraits of folded paper currency creating visual riddles and social commentary. His photographs have been exhibited internationally and can be found in prestigious collections, including Whitney Museum of Art and Ogden Museum of Southern Art.  His work has been featured in commissions for the the New York Times, Talib Kweli and the Wall Street Journal.