The Poydras Corridor Sculpture Exhibition is excited to welcome Carmen Herrera’s Untitled Estructura (Red) to the streets of New Orleans! 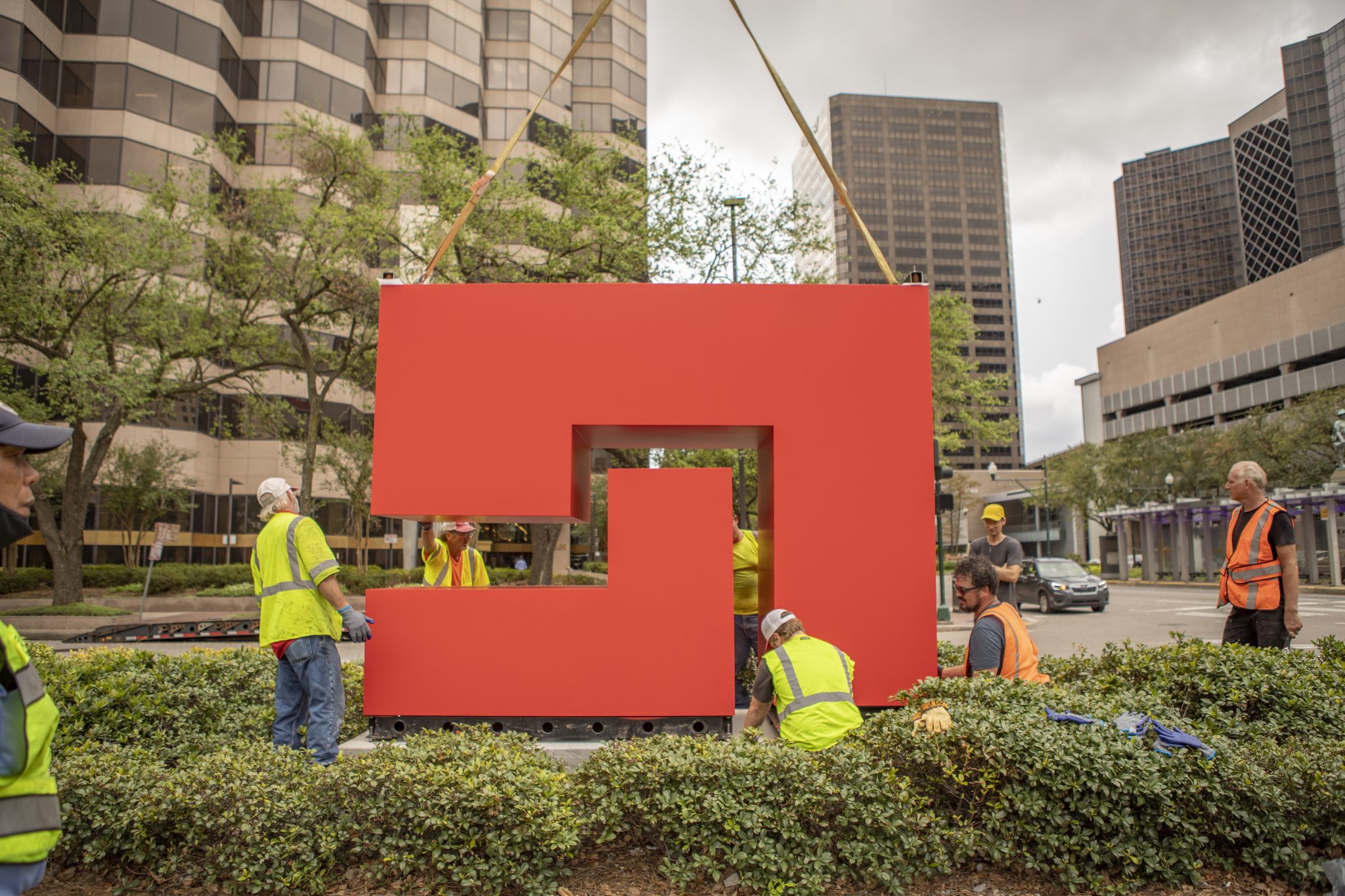 Carmen Herrera was born in Havana, Cuba in 1915.  Throughout her early career, she lived in Havana and Paris to study and practice architecture and art. In 1954 Herrera took her career to New York City – in which she still works there today.

Much of Herrera’s work consists of bright, geometric paintings. Color contrast, spacial tension and movement are at the heart of her artwork. Her artwork is in various collections including the Museum of Modern Art, the Metropolitan Museum of Art and the Smithsonian American Art Museum. Plus, a selection of Herrera’s paintings and sculptures were exhibited as a part of the opening of the Lisson Gallery New York’s 24th Street exhibition in 2016. Now Herrera’s artistry comes to the city of New Orleans.

Take a trip down to Poydras Street and be on the lookout for Herrera’s Untitled Estructura (Red)!

About the Poydras Corridor Sculpture Exhibition

The Helis Foundation, Ogden Museum of Southern Art and The City of New Orleans Department of Parks and Parkways work together to bring interesting and inspiring sculptures to the citizens of and visitors to New Orleans.