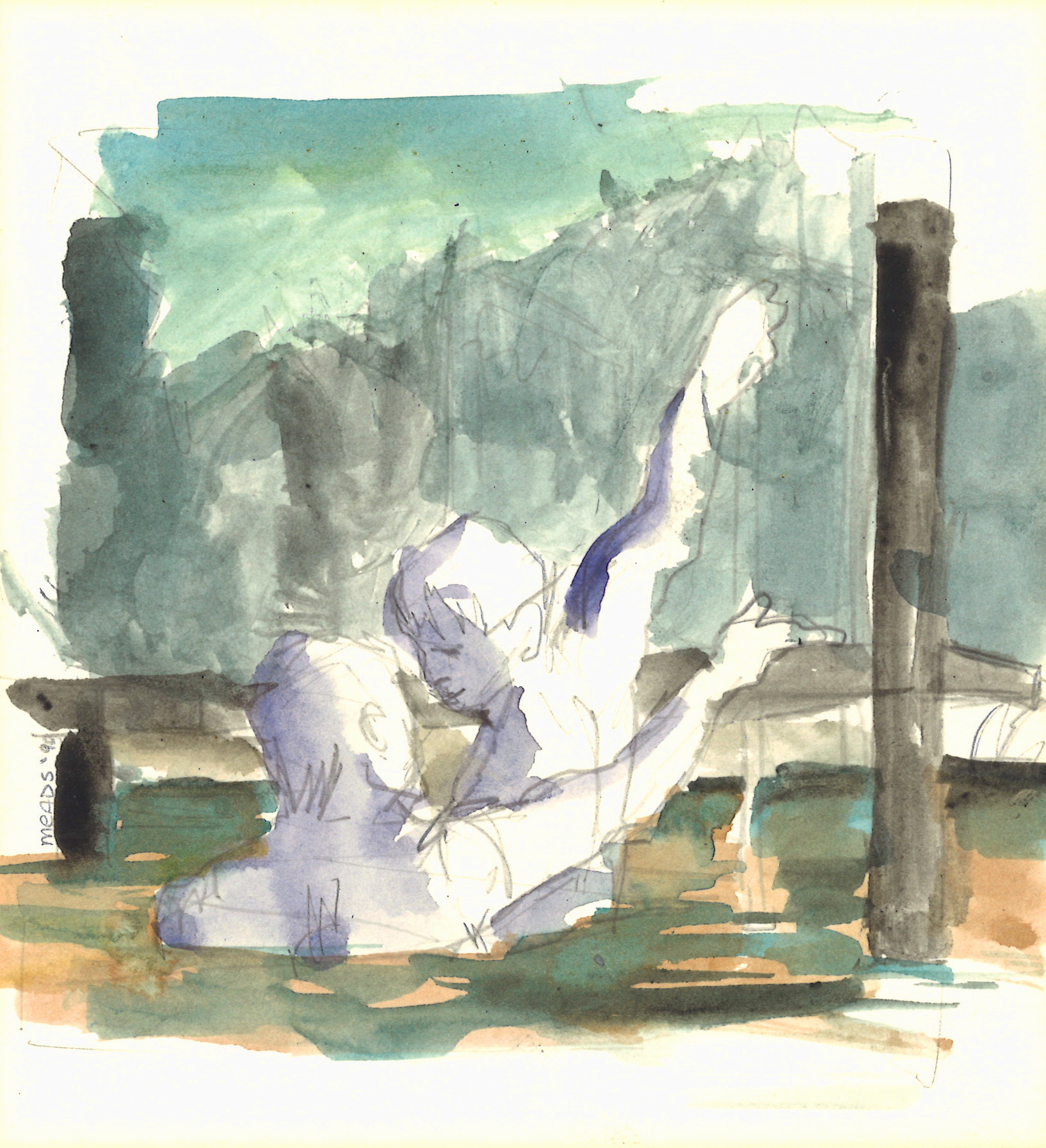 To celebrate Valentine’s Day, we are highlighting a work of art from the permanent collection, Coosa River Kiss by Michael Meads! This watercolor of a tender moment between two lovers is set in Meads’ birthplace in Northeastern Alabama.

Michael Meads was born in Anniston, Alabama in 1966. He received a B.F.A. from Auburn University in 1987 and an M.F.A. from State University of New York at Albany in 1990. Meads and his partner moved to New Orleans in 1998, fulfilling a lifelong dream and deepening a relationship with a place that has served as setting, character and muse for most of his work since then. Meads has developed a style as a painter, draftsman and photographer that expresses a deeply personal narrative filtered through the lens of classical themes and a deep sense of place. In 2015, the Ogden Museum mounted Bent, Not Broken, a massive exhibition of the artist’s work that was named as one of the year’s best exhibitions by Hyperallergic. Meads currently maintains a studio in Abiquiu, New Mexico, just steps from Georgia O’Keefe’s garden home.

In celebration of Valentine’s Day at the O, we will be offering 2 for 1 admission for you and your special someone to See the South on Feb. 14!