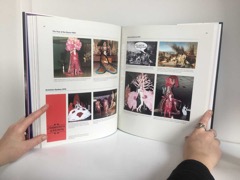 “Unveiling the Muse: The Lost History of Gay Carnival in New Orleans” [$40]

About the Book: “Unveiling the Muse” is the first comprehensive documentation of Gay Carnival and gay krewes. The book is over twenty years in-the-making and outlines the historic influence of gay culture on New Orleans’ Mardi Gras tradition.

About the Author: Howard Philips Smith lived in New Orleans for over a decade. Smith’s time here inspired his first novel, “The Cult of the Mask,” focused on New Orleans’ gay community prior to the AIDS epidemic. He has published two subsequent works on similar topics, “Unveiling the Muse” and “Southern Decadence.”