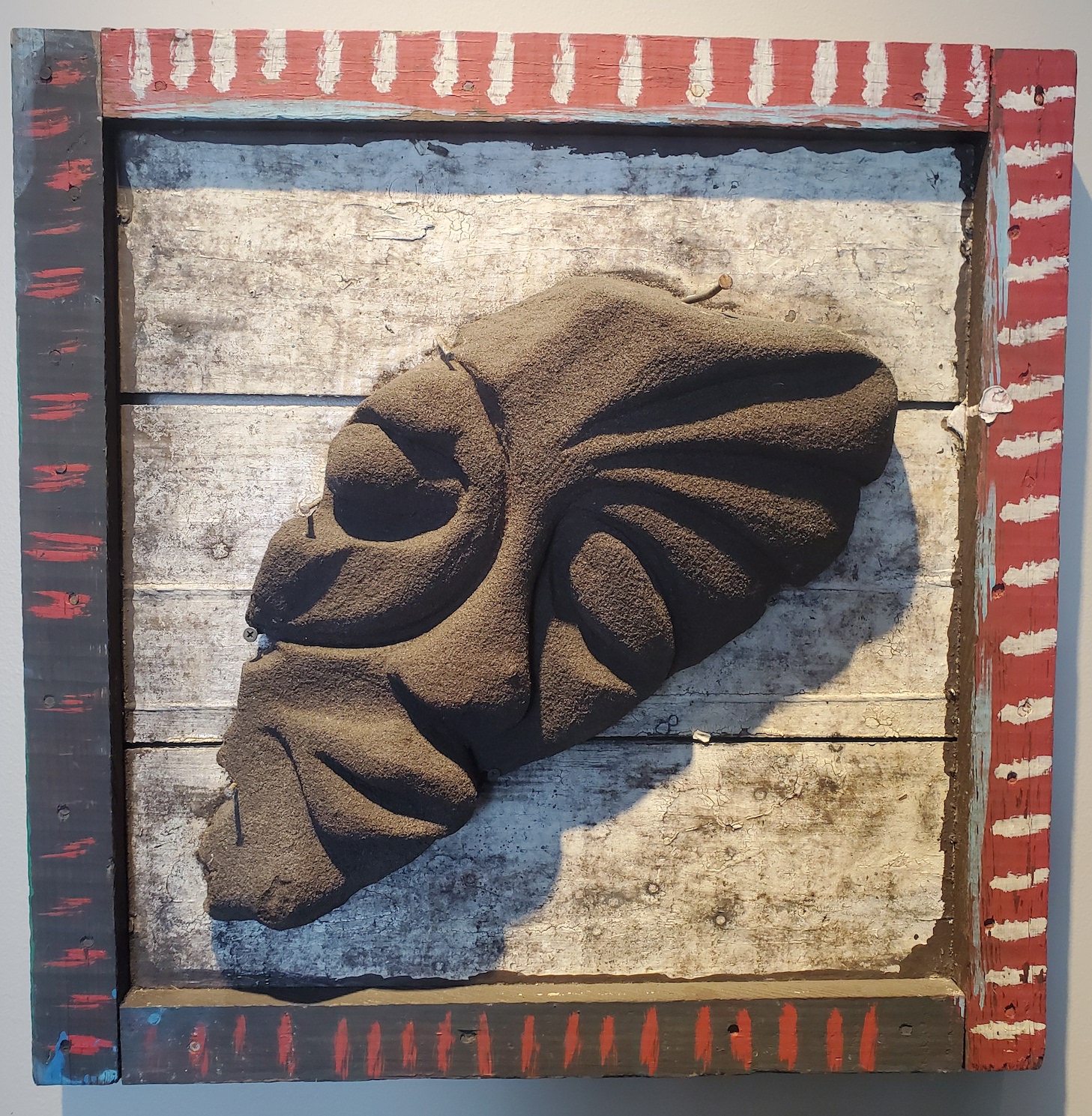 Lonnie Holley is a self-taught Black artist from the American South known for his vernacular and contemporary art and his music.

Lonnie Holley was born during the Jim Crow era on February 10, 1950 in Birmingham, Alabama. He was one of many children, and from the age of five, he worked numerous jobs, including washing dishes, cooking and picking up trash at a drive-in movie theatre. He lived in a whiskey house on the state fairgrounds, and in several foster homes. This chaotic time in his life made it so Holley could not expereince a real childhood.

Holley’s career as an artist emerged out of extraordinary circumstances. After working as a cook at Disney World, Holley returned to Alabama amidst a particularly dark period of his life, which culminated in the deaths of his sister’s two children in 1979.  Unable to afford tombstones, Holley carved headstones for his lost family members from a soft sandstone-like material – a by-product of Birmingham’s iron and steel industry.

Following this initial encounter with art, Holley continued to sculpt from found objects around industrial Birmingham. Eventually, Holley would cover two full acres of his family’s property with a landscape of unique sculptures created from all sorts of items, including shoes, bones and even a copy machine.[1]

In 1981, just two years after he created the headstones, Holley submitted a number of works to the Birmingham Museum of Art, which promptly accepted and displayed his sculptures.[2]  Just a few years after that, in the mid-1980s, Holley met Bill Arnett, a prominent collector of Southern, self-taught art. Arnett, infatuated with Holley’s art, quickly decided to help Holley spread his work and message beyond the South, into private collections and museums around the world.[3]

Holley’s talent and creativity as a sculptor garnered attention on both the national and global level, and through the years, his work has been displayed at venues including the Smithsonian Institute, the United Nations and the White House Rose Garden.

In 2012, Holley began his career as a recording artist, releasing his first studio album, Just Before Music. Prior to the album’s release, Holley had been creating music on his own, combining keyboard riffs with his own vocal improvisations. His recordings were then discovered by Matt Arnett, son of the aforementioned Bill, and Lance Ledbetter, owner of the Atlanta-based Dust-to-Digital Records. Ledbetter immediately saw the connection between Holley’s music and his label’s vision, and reached out to Holley regarding collaboration.  Following Just Before Music (2012), Holley released his second studio album, Keeping a Record of It, in 2013.[4] Holley would not release another album until 2018, when he produced MITH through the Jagjaguwar record label.

Stylistically, Holley’s music has been described as if it “sounds like it comes from some other place.”[5]  The name of his first album, Just Before Music, is quite intentional; the songs are made up of raw noises and sounds which fall somewhere between ambient noise and musical notes.  Similar to his works of visual art, Holley’s music is praised for its creativity, use of the natural world (in this case sounds) and versatility.

Lonnie Holley’s work, Profile of an Artist with Grandmother Inside, was part of the founding donation of art for the Ogden Museum and is on view now on the first floor. Lonnie Holley was included in the Museum’s 2007 exhibition, Ogun Meets Vulcan: Iron Sculptors of Alabama, along with work by Thornton Dial, Ronald Lockett, Charlie Lucas and Joe Minter.

Holley has worked with the Museum’s educators on several occasions, inspiring children from New Orleans through his art and storytelling. He has also performed his music at the Museum, most recently in 2019 during An Evening with Lonnie Holley, presented by The Helis Foundation.

Finally, in 2019, Lonnie Holley was a recipient of the Ogden Museum’s Opus Award, presented to him at the O What a Night gala for his contributions to the world of art.