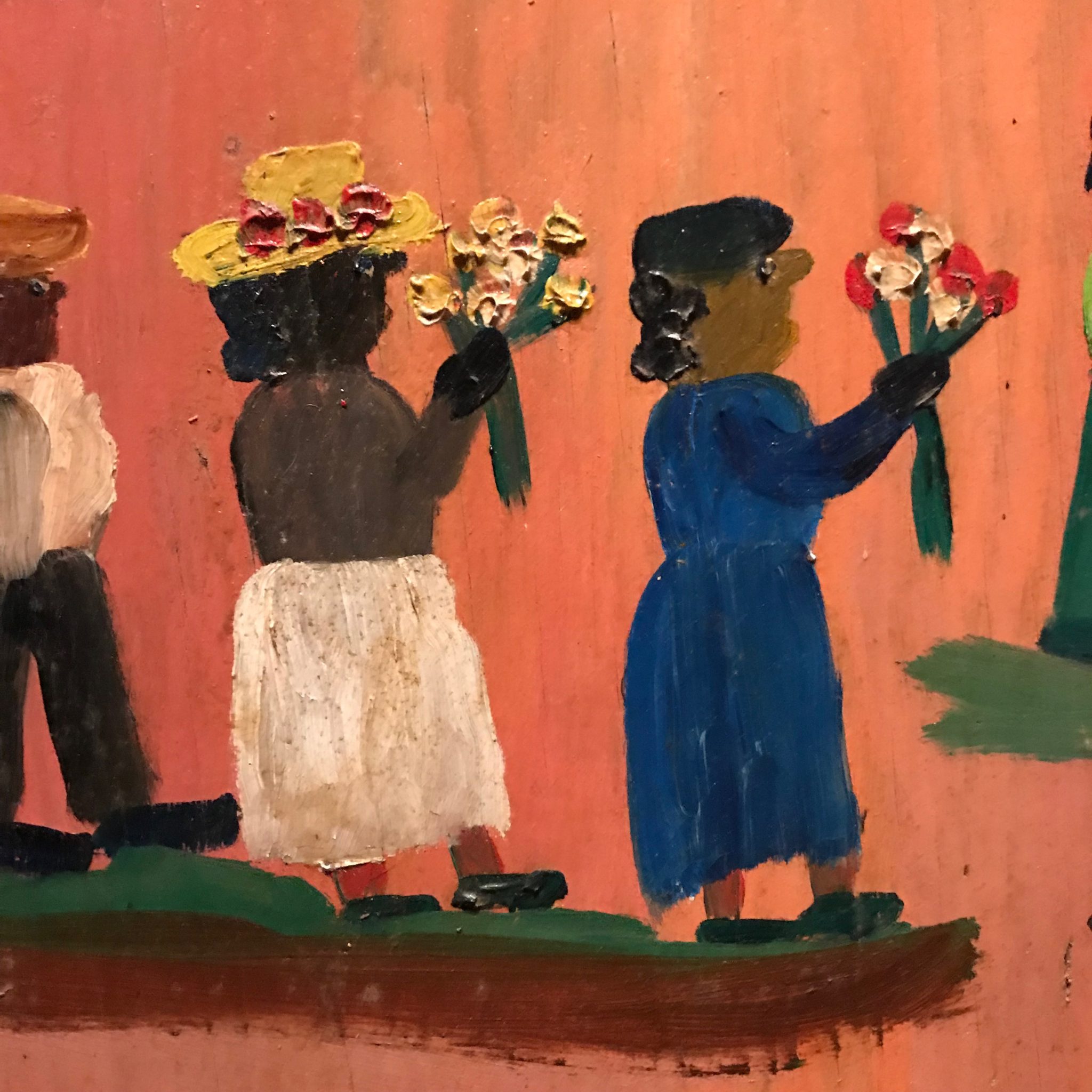 Hunter was born in December 1886 on Hidden Hill Plantation near Cloutierville, Louisiana. She eventually moved to Melrose Plantation, where she worked for most of her life. While Clementine worked there, Melrose Plantation earned itself a reputation as an artists’ refuge because of the many artists and writers who spent time there, such as Lyle Saxon, Alberta Kinsey and William Faulkner.

Hunter did not start painting until she was in her 50s, sometime around 1940, after she found some paints and brushes left behind at Melrose Plantation by New Orleans artist Alberta Kinsey. Her first piece showed a baptism in Cane River that she painted on a window shade. Hunter was known for using unconventional surfaces to paint on. She painted on anything she could find—canvas, wood, jugs, bottles and even gourds.

Hunter’s bright and colorful work often depicted everyday life on Melrose Plantation. She drew her inspiration from her experiences and memories. Her paintings documented work around the plantation, religious events like baptisms and funerals, and nature.

Clementine Hunter achieved recognition for her artwork in her lifetime, but maintained a quiet life in Louisiana. Her earliest exhibition was in 1949, but her work became more well known and widely appreciated in the 1970s. She was the first African-American artist to have a solo exhibition at the Delgado Museum, which is now the New Orleans Museum of Art. President Jimmy Carter invited her to the White House, although she declined the invitation. She received an honorary Doctorate of Fine Arts from Northwestern State University of Louisiana in 1986.

The Ogden Museum is proud to have some of Hunter’s work as part of its Permanent Collection. You can see her paintings on view now in the Southern Vernacular Art gallery, along with work from other self-taught Southern artists like Welmon Sharlehorne, George Andrews and Reverend Howard Finster.