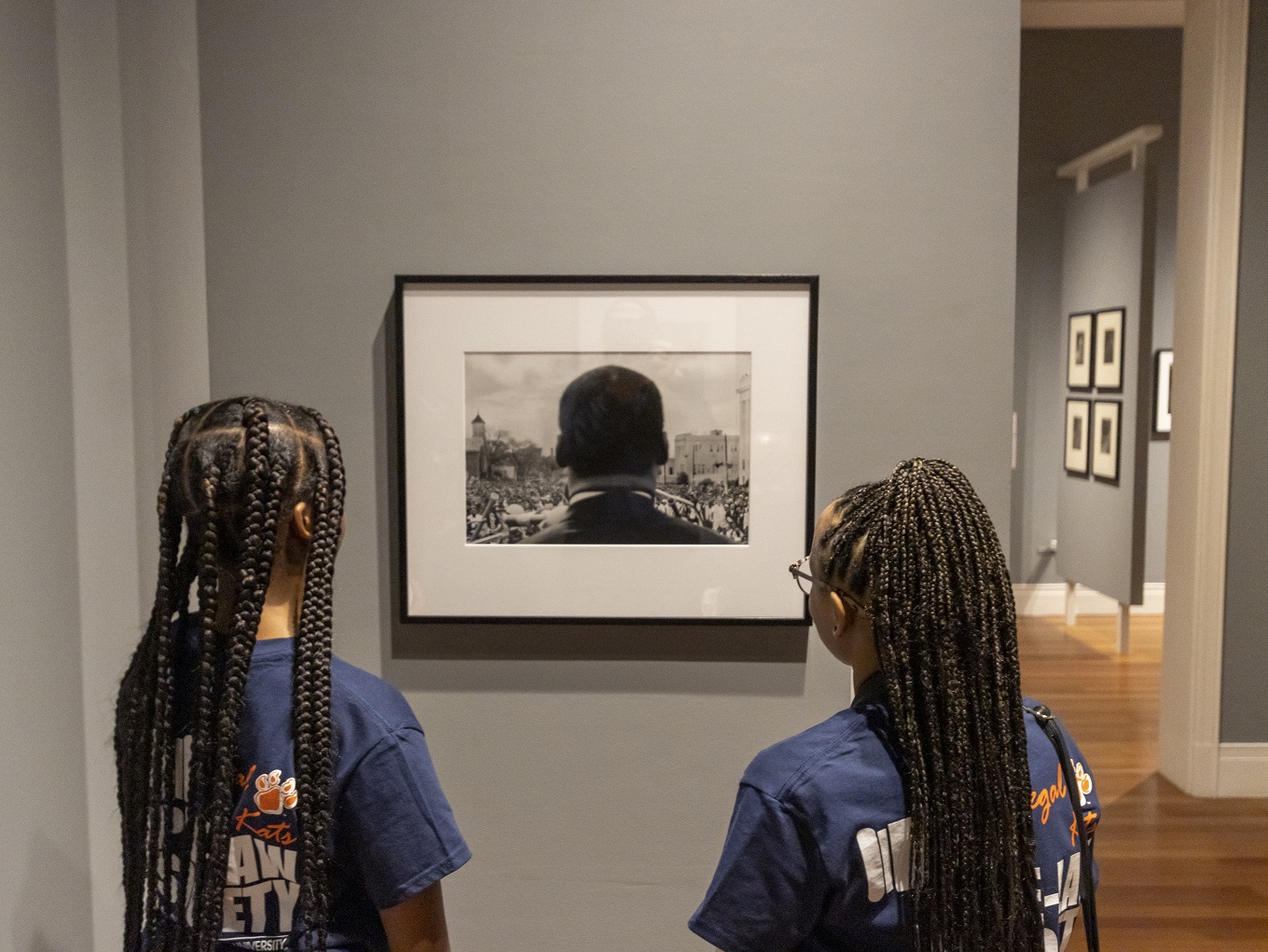 Art is a beautiful avenue for understanding other cultures, life experiences and history. And, to that end, Ogden Museum of Southern Art displays many artists that highlight African American life, history and social justice issues, giving patrons insight into the creativity and culture of African Americans in the South. Not to mention many other cultures that are represented in the South and in this museum. 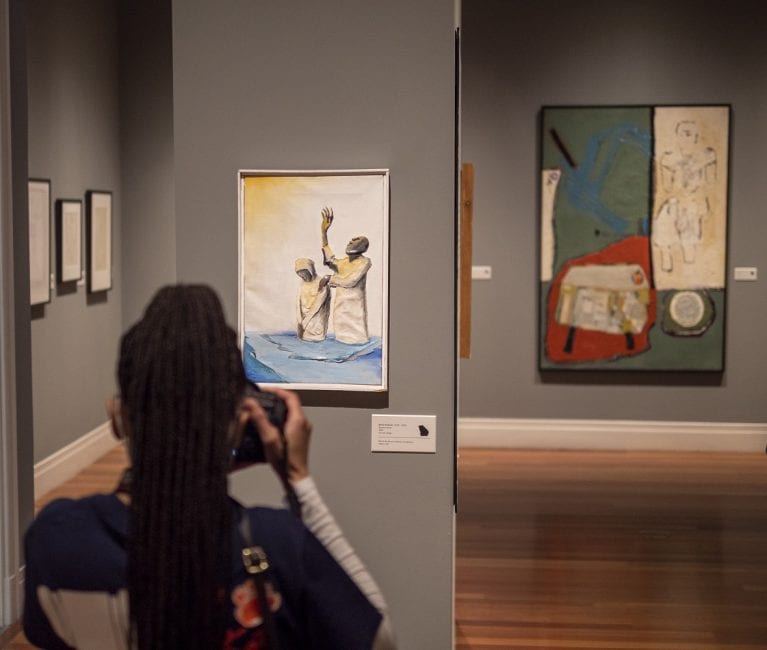 A perfect representation of civil rights is Benny Andrews’ piece entitled Death of the Crow. This piece depicts an African American man peering down in disbelief at a dead crow in the dirt. With Death of the Crow being created in 1965, the dead crow is symbolic of the end of Jim Crow Laws and the evolution of civil rights in the United States. The viewer wonders: is the older man satisfied? Is he thinking of what might have been, if only this had occurred earlier? Perhaps the verdant garden setting promises a “new leaf,” a brighter beginning in the realm of race relations and equity. Or is he simply astonished?

Another piece, Born Scared, by Mike Hartnett, spoke to the growing concern for African American lives, police brutality and racism in America. “Born Scared” shows a black and white image of a pregnant woman with the letters BLM written on her stomach. This image illustrates the fear that Black mothers have of bringing their children into a world full of racism and injustice. No matter how hard Black mothers try to protect their children from the ills in the world, they know that it is impossible to protect them from everything.

Kara Crowley is an African American artist who uses her art to give reverence to Black culture by highlighting social issues. Kara Crowley’s piece, Exertion, portrays a beautiful collage of hands in various hues of brown and tan joined together.

Exertion is the perfect representation of finding beauty in diversity and embracing our differences in skin tone. With colorism being a crippling issue in the Black community, Kara Crowley’s piece effectively demolishes the notion that certain skin tones are better than others and emphasizes that beauty comes in all shades—while also emphasizing that integration is better than segregation.

These three artists gave unique perspectives of African American history, lived experiences and culture, and these works alone would have been worth the visit to the Ogden. But there is much more to see at the Museum, from photographs from the civil rights era, including at least one photo of Martin Luther King, the work of Clementine Hunter, and many more!

It is wonderful that the Ogden Museum of Southern Art captures the diverse group of lives, peoples and cultures reflected in the South.