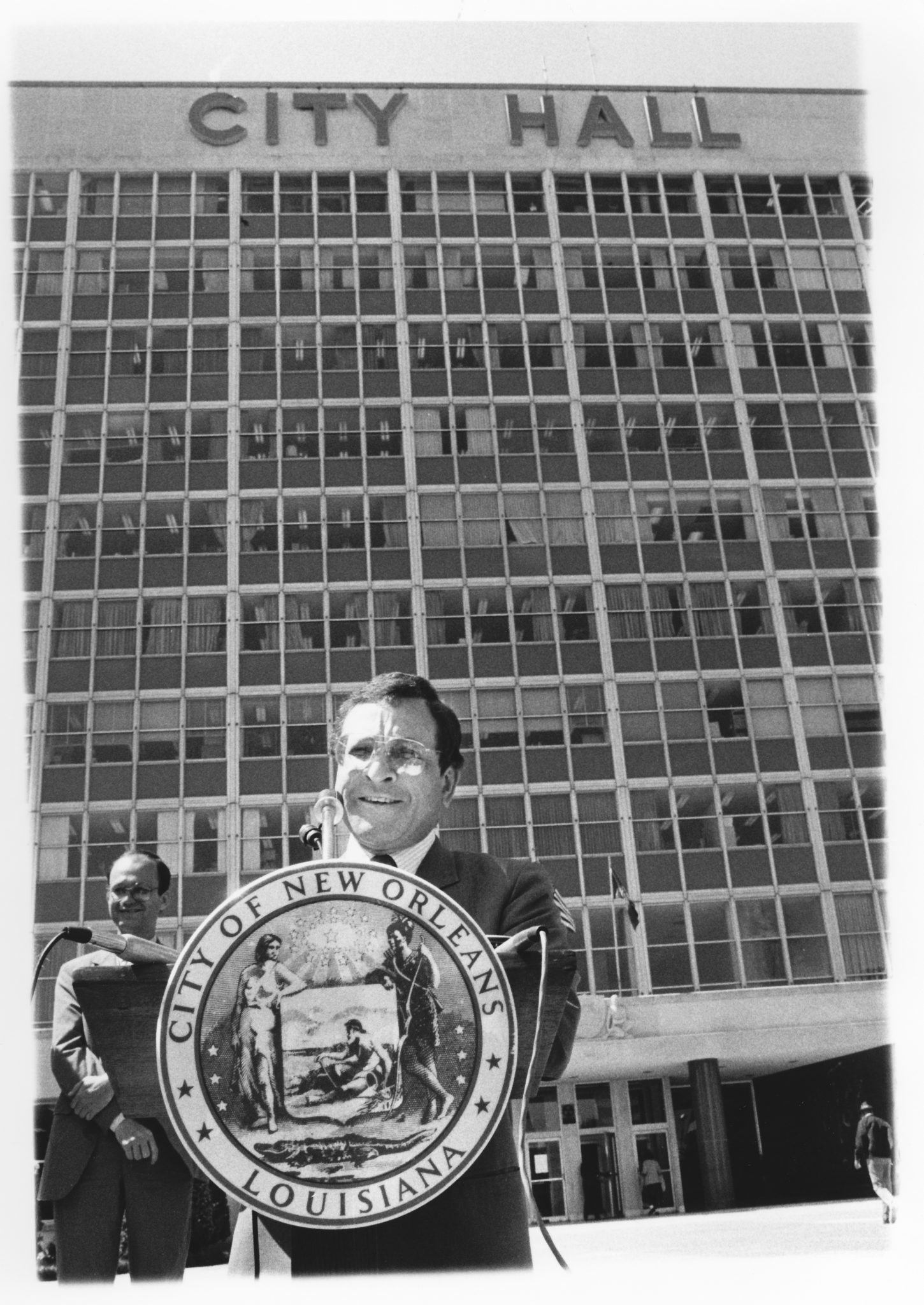 Ernest N. “Dutch” Morial took office as the first African-American mayor of New Orleans on May 2, 1978. He was elected to a second term in 1982, and served until 1986.  Among the highlights of the Morial years were the Louisiana World Exposition of 1984 and the development of the Almonaster-Michoud Industrial District in eastern New Orleans.  Prior to his term as Mayor he was a practicing attorney (involved in some Civil Rights cases), in the state legislature and the judiciary.