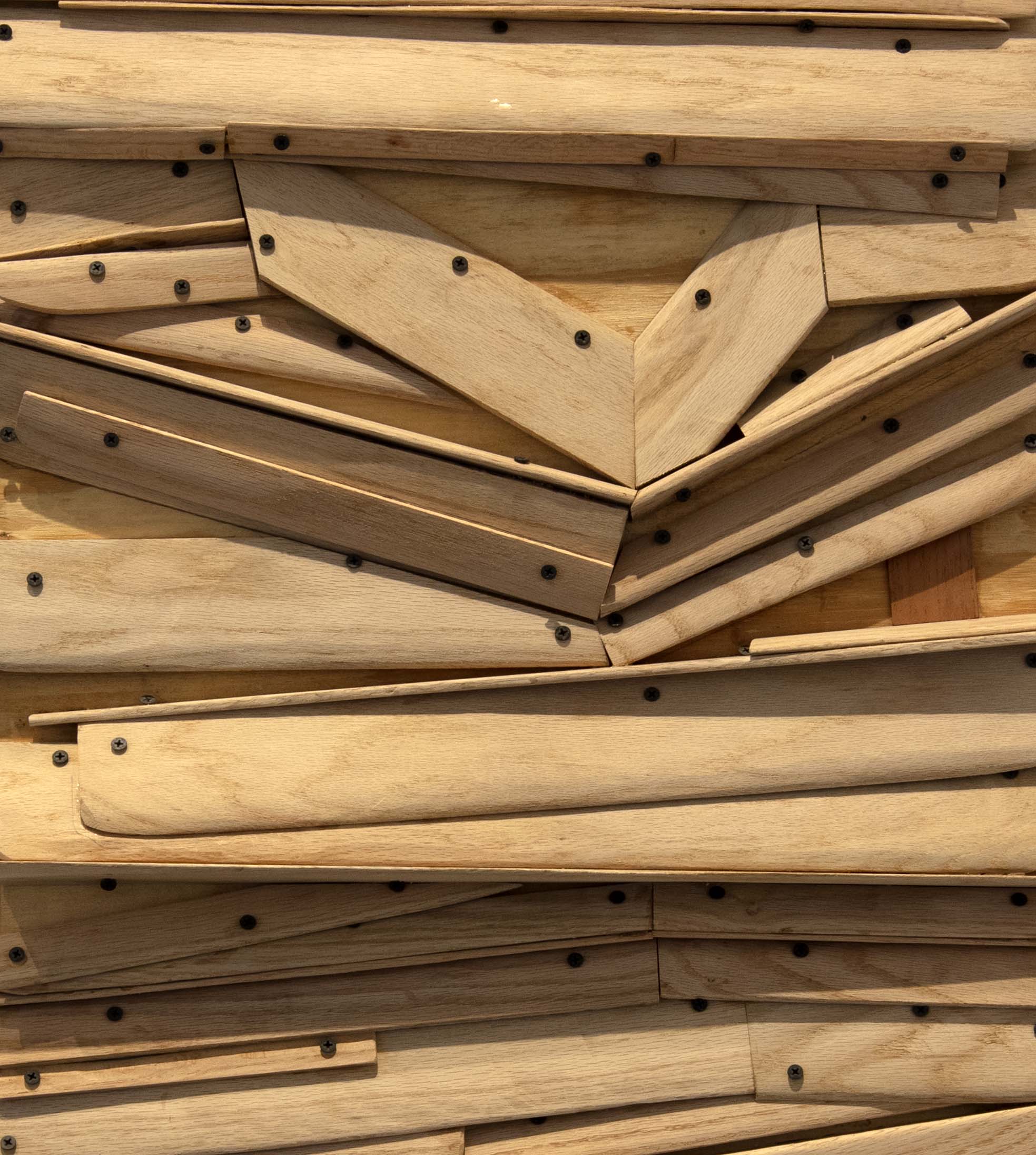 BUILT features works of art by the following artists:

BUILT draws from Ogden Museum of Southern Art’s permanent collection to examine the various ways artists of the American South have explored the power of the sculptural form.

Unlike two-dimensional art such as painting, drawing and photography – sculptural art engages three coordinates, existing in the same space as our bodies. For that reason, the viewer experiences sculptural works in a different way. Sculptural art emerges from the floor, wall or ceiling to inhabit the same space as the viewer in a way that pictorial art does not. Although still a visual art form, the viewer experiences this work as a more physical interaction.

The artists in this exhibition engage scale, proportion, shape, form, space, color and texture to convey their personal visions in Euclidean space. These artists create work in a broad range of mediums and with varying degrees of representation, while pushing the boundaries of their craft and carrying on traditions. Some create purely non-objective objects, and some build gestural improvisations, while others yet craft figurative representations. Some work in traditional sculpture mediums such as bronze, wood and clay. Some engage new mediums such as hydrostone, CelluClay, vacuum-formed plastic or neon. Someuse found objects such as inner tubes or scrap metal, while still others engage natural materials such as crepe myrtle branches or palm bracts. Two are painters who have added sculptural elements to expand the narrative of their paintings by engaging the third dimension. Yet whether they are using papier-mâché, iron or light, all of these artists are articulating form and building volume, essentially drawing in space.

Bradley Sumrall
Curator of the Collection