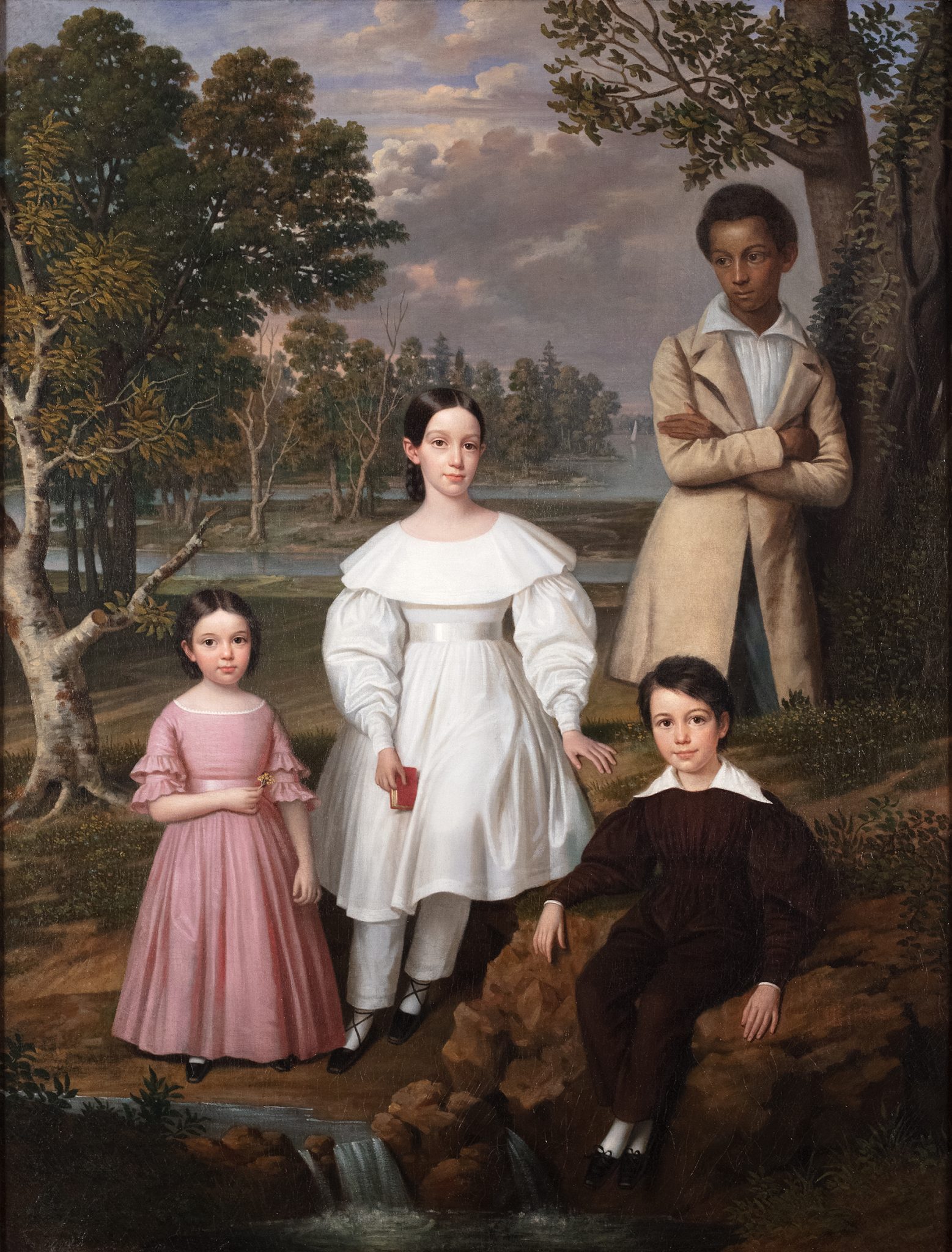 This painting was commissioned in 1837 by Frederick Frey – a wealthy German merchant and banker – and his wife Coralie D’Aunoy Favre – a member of an elite family present in New Orleans since the Colonial Era. It depicts Elizabeth, Léontine and Frederick Frey Jr., as well as Bélizaire – the fifteen-year-old enslaved domestic owned by the children’s father. By the end of 1837, Elizabeth and Léontine were dead – their lives cut short at ages nine and five – and an economic depression severely reversed the Frey fortune. Only a few years later, Frederick Frey Jr. was dead as well. Thus Bélizaire was the only child depicted in the painting who survived to adulthood.

This portrait captures the complex relationship between an enslaved boy and the children of his master – growing up in the same French Quarter mansion, where there existed simultaneously a sort of intimacy alongside the psychological trauma of forced bondage. Bélizaire and his mother Sally, the household cook, were purchased by Coralie Frey from her husband when his extensive property holdings – including real estate and enslaved people – came up for auction to satisfy the debts owed to his creditors. Bélizaire continued in Coralie Frey’s possession until 1857, when he was sold to Lézin Becnel, a prominent sugar planter in St. John the Baptist Parish. Bélizaire was brought to what is now Evergreen Plantation, where he labored as a cook and domestic.

The painting remained in the hands of Coralie Frey before later passing it on to her descendants. At some point, likely in the late 19th or early 20th century, the figure of Bélizaire was intentionally painted over, effectively erasing him from the portrait. In 1972, Audrey Grasser, the great-great-granddaughter of Coralie Frey, donated the painting to a Louisiana museum, informing the curatorial staff that the figure of an enslaved person had once been included in the composition. Over the course of the painting’s life at the museum, no conservation efforts were undertaken to reverse the damage caused by the erasure of the enslaved subject. The decision was made to deaccession the painting from the museum’s collection, at which time it was sold at auction in 2005.

While in the holdings of a private collector, the painting underwent conservation. Through that slow and delicate process, it was discovered that there was indeed the image of an enslaved person alongside the children. The identities of the faces looking out from the canvas remained a mystery for some time. Thanks to the research and contributions of Jeremy K. Simien and Katy Morlas Shannon, the children in the painting were identified, and Bélizaire’s story was revealed. In 2022, another expert conservation treatment by Craig Crawford was executed, peeling away the layers of age and vandalism, bringing Bélizaire back to life within this important Louisiana painting, which attributed to Jacques Guillame Lucien Amans, a French painter working in New Orleans c. 1840-1850 who was considered by many to be the most acclaimed portraitist of his time. 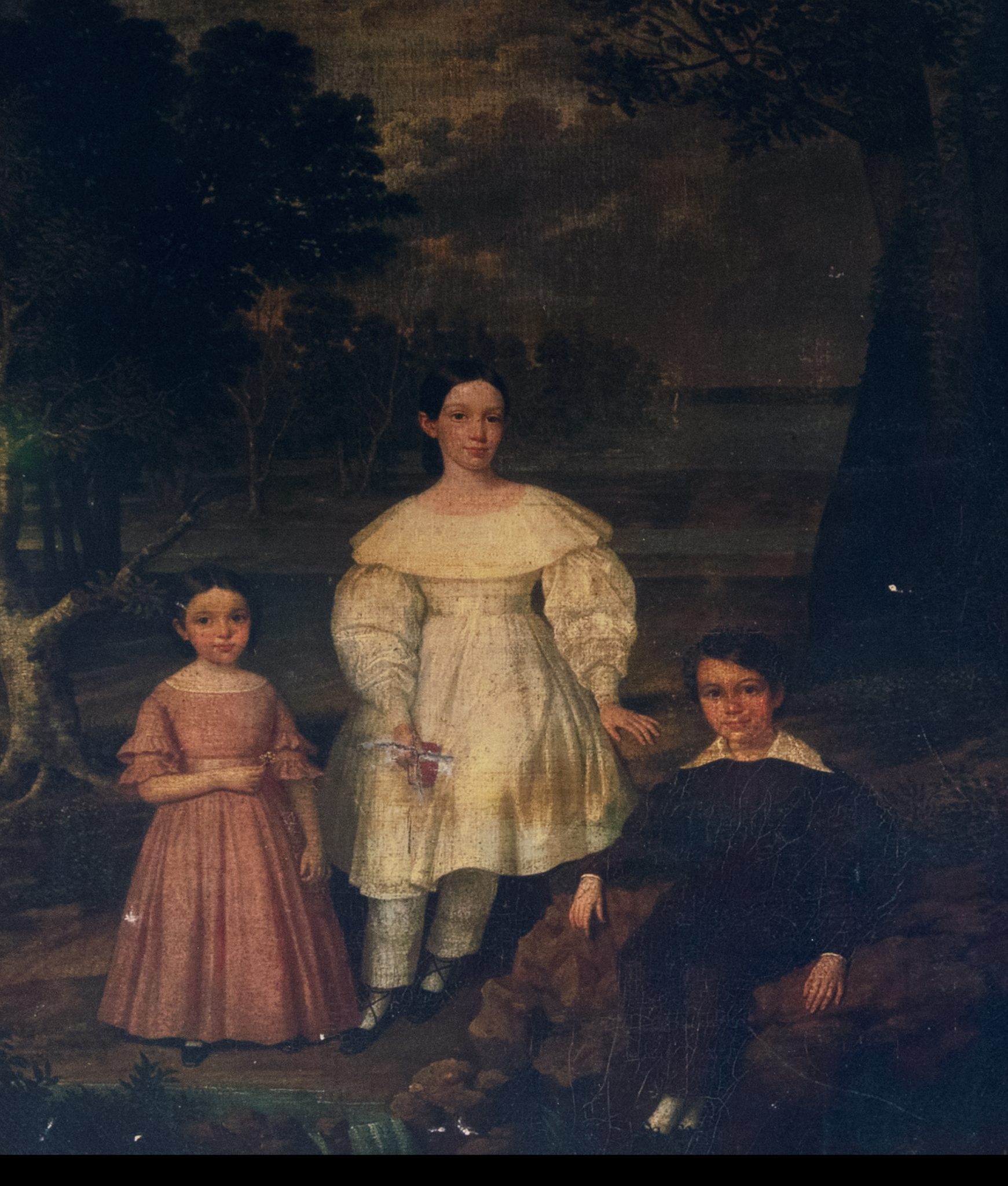 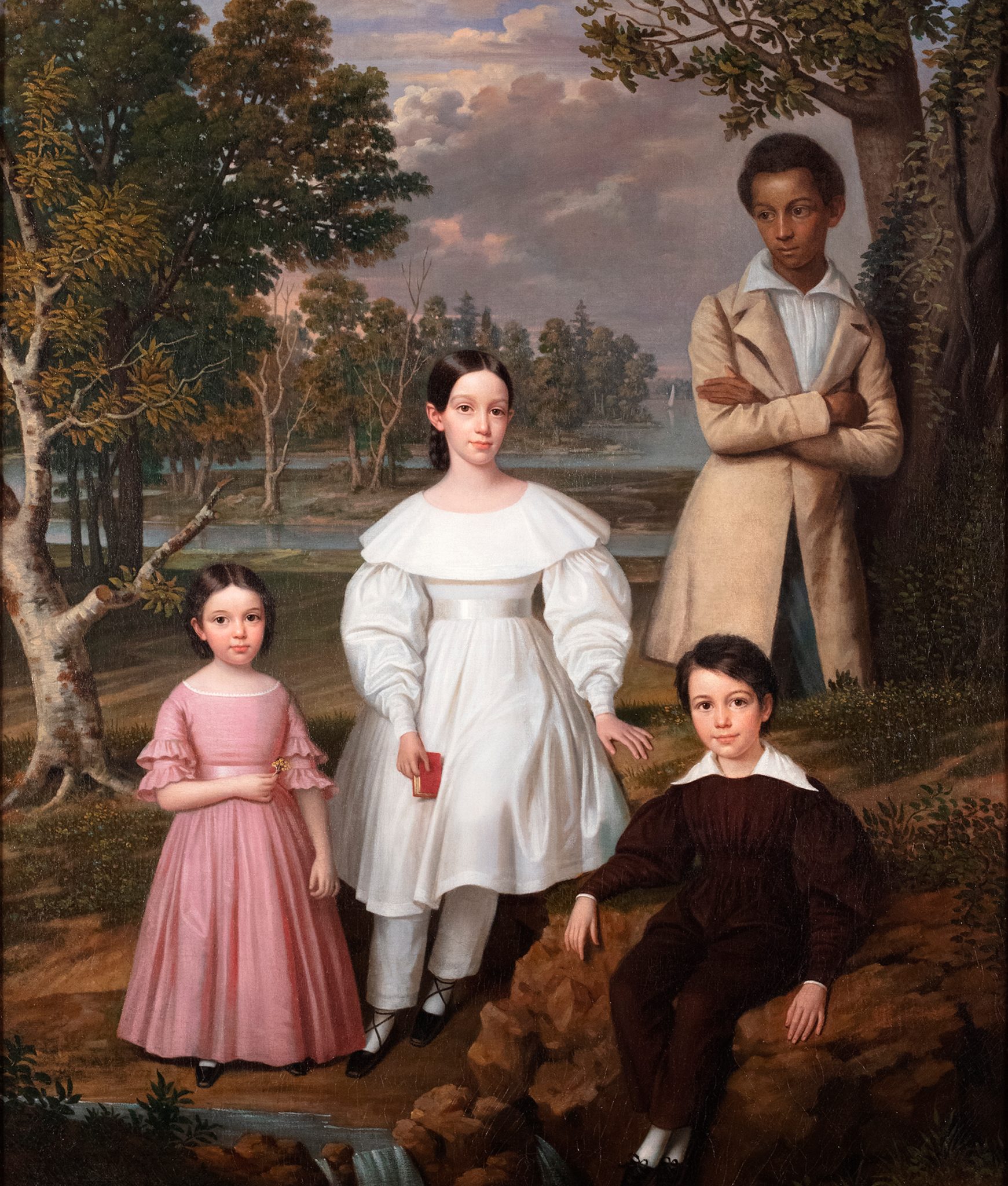 READ MORE ABOUT Bélizaire and the Frey Children

Nola.com (Nov. 11, 2021): Mysterious enslaved teen appeared in a 1837 painting, was blotted out, then rediscovered