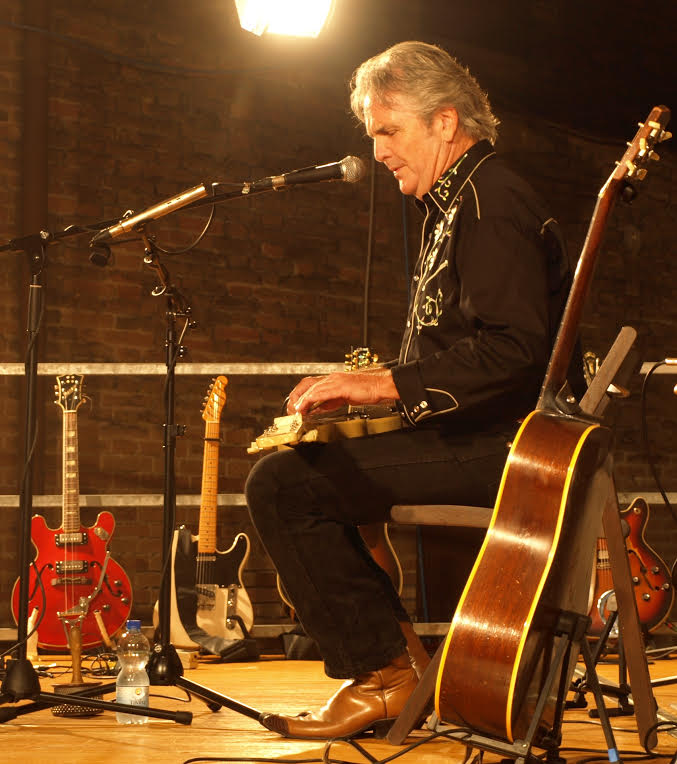 Spencer Bohren at Ogden After Hours

Born into a gospel-singing family in Wyoming in 1950, Spencer Bohren began singing and playing music as youngster. At 14, inspired by the folk music he heard on the radio, Spencer picked up a guitar and within a few weeks started performing in public. He immediately delved deeply into America’s treasure of blues, country, gospel and folk music, soaking up guitar styles and historical details. In the 1960s and 1970s, Spencer played with rock, country and blues bands throughout the western US. By the mid-1970s, Spencer and his wife, Marilyn, found a spiritual home in the city of New Orleans, and started their family there.

New Orleans had a profound effect on Spencer, and he quickly became a fixture on the local music scene. Spencer began touring, this time in the southern U.S. Before long he made the daring decision to bring his family on the road so they could be together. For seven years they lived on the road, Spencer performing around the U.S., sharing his love of America’s music and singing his own original songs. He also began a recording career, which has produced 16 albums.