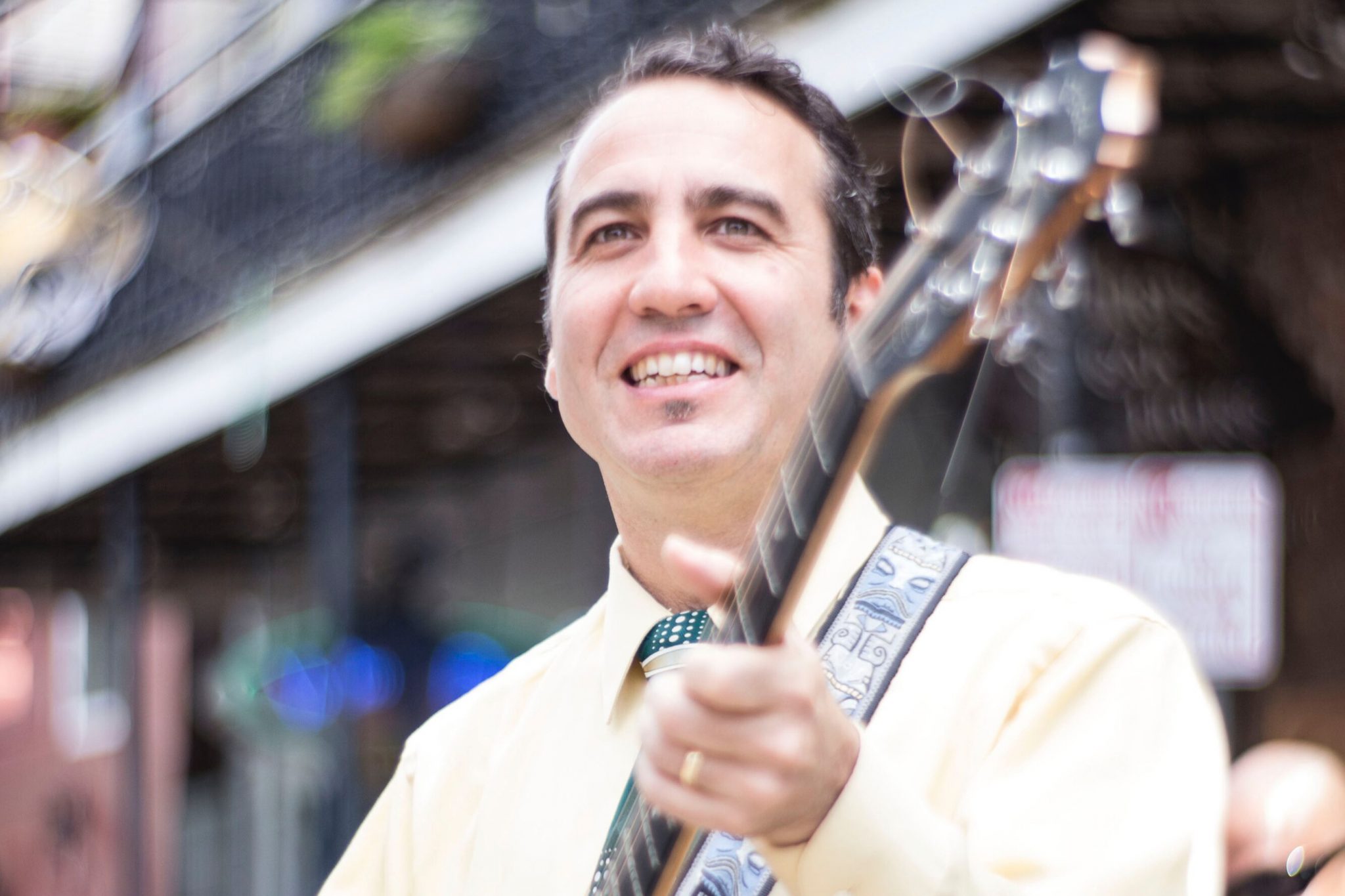 Seva’s first apprenticeship in New Olreans jazz began in 1999 with Tuba Fats and his Chosen Few band.  Seva worked with Tuba Fats for four years with many long (8-10 hour) days in Jackson Square, as well as an extended engagement at Donn’s Bar and Grill, and a myriad of other jobs including second-line parades, French Quarter Fest, Satchmo Fest and Krewe du Vieux, to name a few.  It was during his time with Tuba, Seva was introduced to many of the local greats including Greg Stafford, Leroy Jones and Shannon Powell, who after first playing with Seva exclaimed,  “I came up with Danny Barker!  You sound like Danny Barker!  Get a gitjo [a 6-string banjo] and come by my house…we’re going to record.”

By the time Tuba Fats passed in 2004, Seva had picked the six-string banjo and branched out to work with hundreds of other local musicians.  Over the last two decades, Seva has worked as a sideman on guitar and banjo with many New Orleans ensembles including bands led by Dr. Michael White, Greg Stafford, Shannon Powell, Lars Edegran, Lionel Ferbos, Clive Wilson and Treme Brass Band, to name a few.   Seva also leads his own jazz band that features the tenor and 6-string banjos in a traditional New Orleans jazz ensemble and Seva also leads a string band, the Storyville String Band, which specializes in traditional New Orleans jazz but in a string dominated acoustic ensemble (bass, guitar, Hawaiian (slide), mandolin, voile and ukulele).  As a leader and a sideman, Seva has played numerous festivals, concerts and events around the United States and toured in Europe, Japan and Taiwan.

While at the O for Ogden After Hours, explore the work of artist Dusti Bongé through our latest exhibition, Piercing the Inner Wall. Widely considered to be the first Mississippi artist to work consistently in a Modernist style, this exhibition brings together works from throughout Bongé’s career – from both private and public collections – to tell the story of one woman’s fierce dedication to a creative life, culminating in a body of work that stands testament to her strong contribution to American Art after World War I.