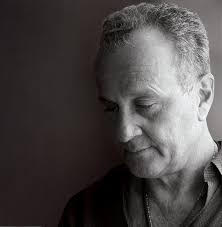 Paul Sanchez at Ogden After Hours

Fans may know native New Orleanian Paul Sanchez as a founding member of the rock band Cowboy Mouth, with whom he has 11 albums; for his role in the HBO series Treme where he played himself; or as the creative force behind the musical Nine Lives, a musical adaptation of the best-selling novel by Dan Baum. Nine Lives follows the lives of nine people in New Orleans from 1965 (the year Hurricane Betsy ravaged the city) through 2005 (the year of Hurricane Katrina) and beyond. Paul Sanchez,  transforms audiences with his unique blend of music and storytelling – at once powerful, sad, humorous, entertaining, and hopeful.