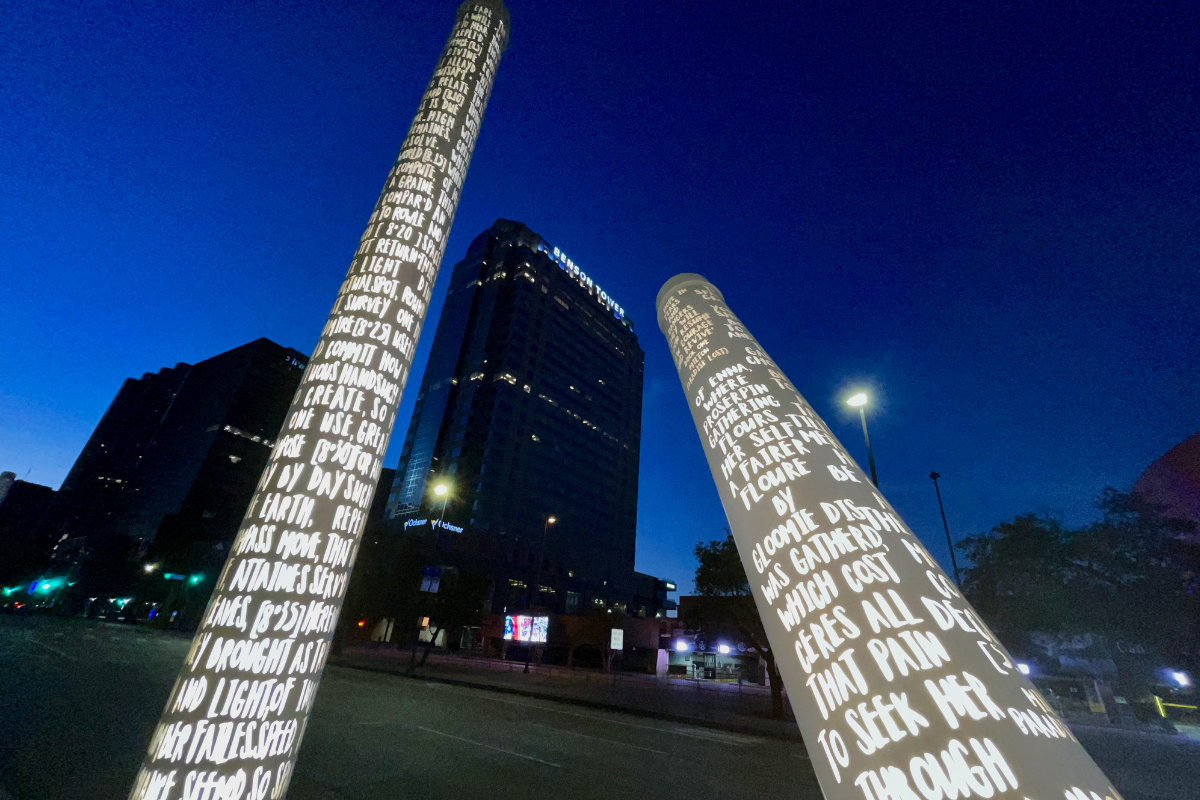 Join us for an afternoon conversation with artist Dawn DeDeaux and Bradley Sumrall, Curator of the Collection, Ogden Museum of Southern Art. Moderated by William Andrews, Executive Director, Ogden Museum of Southern Art, the conversation will explore DeDeaux’s FREE FALL: Prophecy & Free Will in Milton’s Paradise Lost on Poydras, a newly installed work in the Poydras Corridor Sculpture Exhibition, presented by The Helis Foundation.

This event is free and open to the public, but advanced registration is required.

IMPORTANT EVENT GUIDELINES
Anyone 5 years of age and older must provide proof of at least two doses of an approved COVID vaccine or a negative COVID test within 72 hours to access. We will accept original vaccine cards, the LA Wallet app or high-resolution photos of both sides of your vaccine card as proof of vaccination. Alternatively, a negative test from a lab or pharmacy will also be accepted.

About FREE FALL: Prophecy & Free Will in Milton’s Paradise Lost on Poydras

FREE FALL: Prophecy & Free Will in Milton’s Paradise Lost on Poydras is a large-scale sculpture installation by New Orleans-based artist Dawn DeDeaux. The work tributes ‘Paradise Lost’ by John Milton published in 1667, considered among the world’s most important literary offerings. Selections from the epic poem appear on 64 concrete columns, installed at angles as though in a state of fall over several city blocks in front of the Caesar’s Superdome. The text is generated in highway reflective vinyl to offer distinctive appearances that vary from day to night: by day, the text reads in subtle pearlescence typography; and by night the verse transforms into a glowing vibrancy before the light of cellphones and headlights of passing cars – creating a moving, ever-changing choreography of light and language.

About Poydras Corridor Sculpture Exhibition, presented by The Helis Foundation

Poydras Corridor Sculpture Exhibition, presented by The Helis Foundation is the South’s leading rotating public sculpture exhibition. The Helis Foundation, Ogden Museum of Southern Art, and The City of New Orleans Department of Parks and Parkways work together to bring interesting and inspiring sculptures to the residents and visitors of New Orleans. Poydras Corridor Sculpture Exhibition has installed over 40 sculptures by artists of local and international acclaim on Poydras Street between Convention Center Boulevard and South Galvez. The Helis Foundation funds every aspect of the exhibition.

New Orleans–based multimedia artist Dawn DeDeaux (American, b. 1952) has long worked between worlds. Since the 1970s, her art has addressed an ever-widening series of gulfs: between people, between cultures and communities, and ultimately between humans and the Earth itself. Living and working in Louisiana—one of the fastest disappearing landmasses in the world—DeDeaux has been grappling with urgent questions about Earth and humanity’s survival for the last fifty years. As we face a world increasingly imperiled by rising waters, roiling temperatures, unchecked pandemics, and escalating social strife, the future DeDeaux’s work has long foreseen is now.

For DeDeaux, physicist Stephen Hawking’s prediction in the early 2000s that humans have 100 years left—not to save the planet, but to figure out how to flee—sounded an alarm bell that humanity has a limited-time-only opportunity to come together and co-exist. Her art implores us to seize our last opportunity to heal past divisions, counter present inequality, and forestall future strife.

Looking back on five decades of work, The Space Between Worlds resounds with a question that has animated DeDeaux’s entire career: If we are forced to escape—from flood, from fire, even from the Earth itself—who gets a seat on the bus? Who gets left behind? 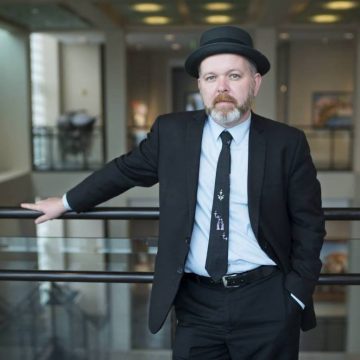 Bradley Sumrall is Curator of the Collection for Ogden Museum of Southern Art, where he is involved in building, researching and interpreting the nation’s most comprehensive collection of Art of the American South. A native of Mississippi, he currently lives in the Historic Tremé neighborhood of New Orleans. He has written extensively on the art and culture of the American South, and has served as curator for over seventy museum exhibitions. His shows have been reviewed in Art in America, Art Forum, Hyperallergic, Terremoto Magazine and Art & Antiques among other online and print publications.