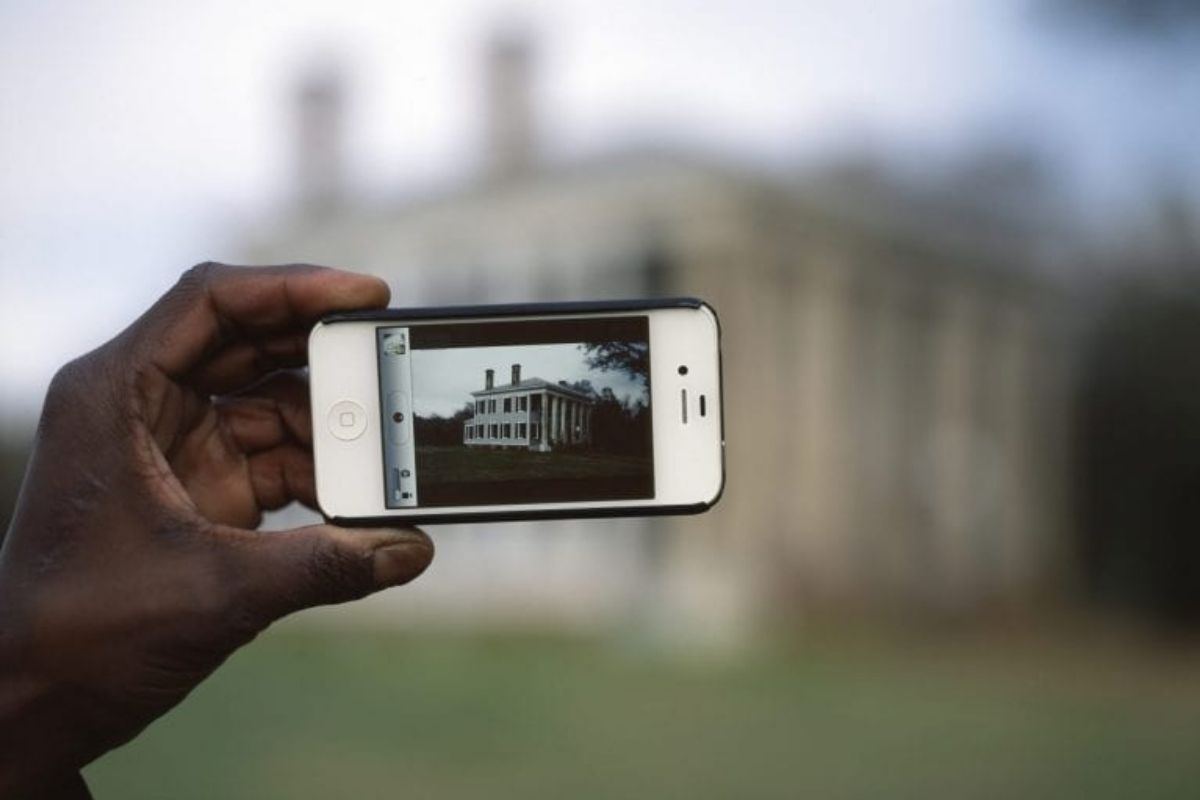 Outside the Frame: The Work of RaMell Ross Artist Workshop facilitated by Rontherin Ratliff

Join sculptor Rontherin Ratliff for a deep dive into the work of renowned artist RaMell Ross. In Ross’ work, individuals are often obscured or partially hidden, leaving important details unattainable to the viewer’s gaze. Using found objects and a selection of prefabricated frames, Ratliff will lead participants in a workshop to construct an assemblage that explores the tension between the obvious and the inferred, employing the frame to represent both the literal and metaphorical.

The workshop includes a guided-tour of Spell, Time, Practice, American, Body: The Work of RaMell Ross.

All materials are included.

In 2018, photographer, filmmaker, and educator RaMell Ross released the documentary film Hale County This Morning, This Evening to critical acclaim, inspiring wide-ranging artistic dialogue on the nature and status of filmmaking and earning mainstream recognition through an Academy Award nomination. The film’s power to captivate is inextricably tied to Ross’ ability to connect with the individuals that inhabit the experiences rendered by his large-format photographs and DSLR video camera. Within his work, the voyeuristic construction of a subject’s narrative – typical of film and often equally so of photography and other representational modes – is deconstructed and replaced with a fluid and unencumbered aesthetics.

Ross’ approach – which evolved organically through his personal engagement with the people and spaces of Hale County, Alabama – offers a fresh, if not new, methodology for documentary storytelling, particularly in the treatment of the Black experience, which for centuries has been articulated through an inherent sense of “otherness” by the white gaze.

RaMell Ross is a visual artist, filmmaker, writer and liberated documentarian. His work has appeared in places like Hammer Museum, Los Angeles, CA; Institute of Contemporary Arts, London; Birmingham Museum of Art, Museum of Modern Art, New York City, NY; National Gallery of Art, Washington, D.C., Ogden Museum of Southern Art, New Orleans, LA; and Walker Art Center, Minneapolis, MN. He has been awarded an Aaron Siskind Foundation Individual Photographer’s Fellowship and was a 2020 USA Artist Fellow. His feature experimental documentary, “Hale County This Morning, This Evening,” won a Special Jury Award for Creative Vision at the 2018 Sundance Film Festival and 2020 Peabody Award. It was nominated for an Oscar at the 91st Academy Awards and an Emmy for Exceptional Merit in Documentary Film. RaMell holds degrees in Sociology and English from Georgetown University and is an associate professor of art in Brown University’s Visual Art Department. His work is in various public and private collections, and has been featured in Aperture, ArtForum, The Atlantic, Daily Show, Dissent Magazine, Filmmaker Magazine, IndieWire, New Yorker, NY Times, TIME Magazine, Variety, Village Voice, among others.

Anyone 12 years of age and older must provide proof of at least one dose of an approved COVID vaccine or a negative PCR test within 72 hours to access.

We will accept original vaccine cards, the LA Wallet app or high-resolution photos of both sides of your vaccine card as proof of vaccination. Physical copies or a photo of a negative PCR test will also be accepted.

Masks and online ticket reservations are required for this event. Reduced capacity is implemented.