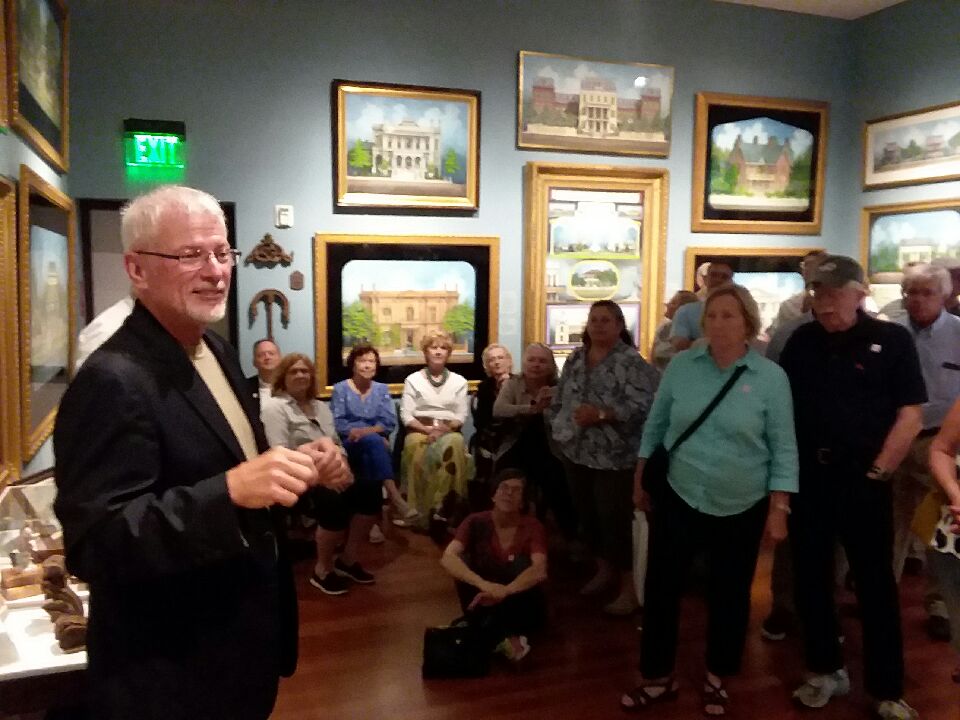 Meet the Artist: Jim Blanchard Of "A Precise Vision: The Architectural Archival Watercolors of Jim Blanchard"

Meet the artist who created the beautiful works in A Precise Vision: The Architectural Archival Watercolors of Jim Blanchard. Jim Blanchard will be in the exhibition gallery and available to answer questions.

Jim Blanchard is a contemporary topographical artist known for his architectural watercolors of historic Louisiana buildings. A native son of Lafourche Parish in South Louisiana, he was raised amid the aging plantations and vernacular 19thcentury architecture of the region. Born in Thibodaux in 1955, Blanchard briefly studied at Nicholls State University before joining the family’s oil brokerage business. It was there that Blanchard learned to research archives and public records, and honed his draughting skills through making maps. Moving to New Orleans in the early 1980s, Blanchard – like many artists before – fell in love with the city and its cultural and architectural history.

Jim Blanchard will also be in the exhibition gallery on August 11 from noon to 5 p.m.!