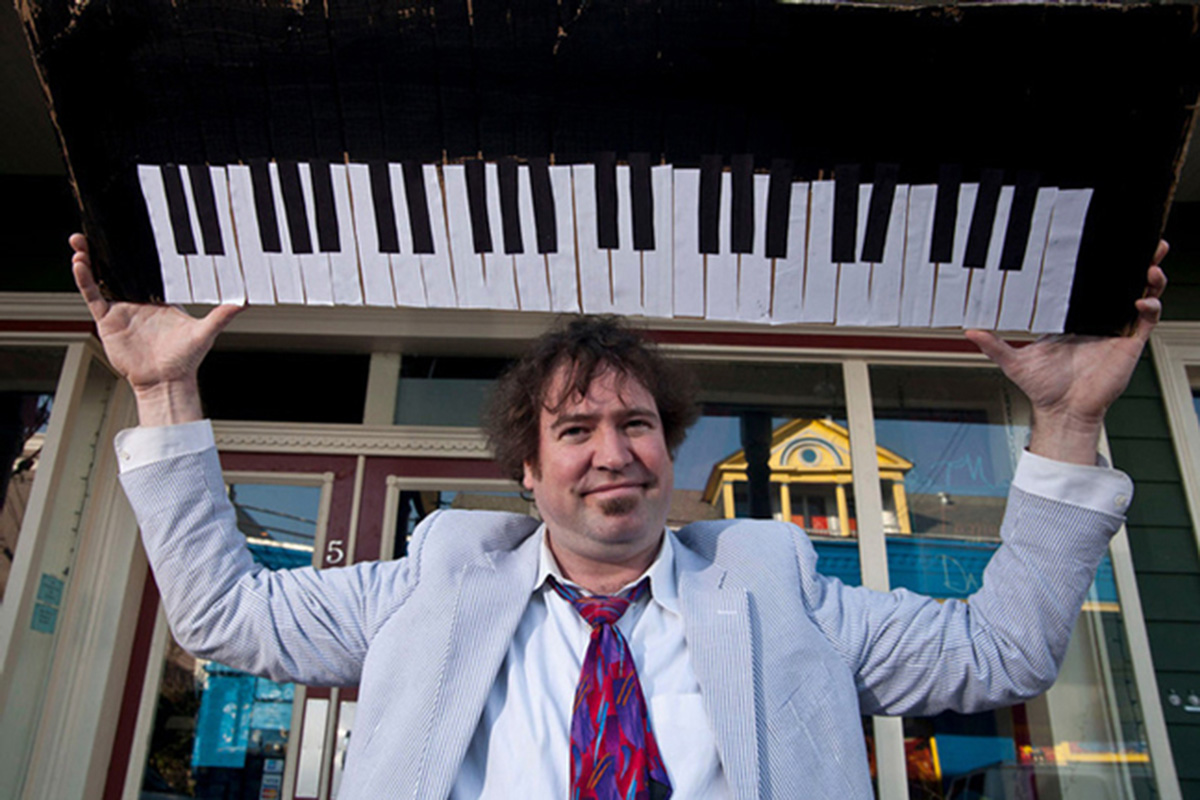 Davis Rogan At Ogden After Hours

Davis draws his musical inspiration from Professor Longhair and Fats Domino, as does every New Orleans rhythm and blues piano player. What separates Davis is his lyrics. The wit, irony and self-deprecation echo Randy Newman, but the wry observations about life, humanity and New Orleans are uniquely his. This combination of roots music and sharp lyrics, heard in the 2005 release, The Once and Future DJ, drew auteur David Simon to Davis as David prepared his HBO series about New Orleans, TREME. Davis began working as a consultant and, over six years and four seasons of the show, served as an actor, a scriptwriter, a piano coach, a songwriter and the muse for the character Davis McAlary. By the series’ end, Davis had written or placed more music in the show than any other musician.

Davis is a fifth-generation New Orleanian who was raised in the Carrollton neighborhood. He currently resides in Treme. He began his broadcast career on WTUL at the age of 10, did his college radio stint at KRRC and was a DJ at WWOZ for 13 years. After graduating from Reed College with a BA in English, Davis began the dual path of teaching elementary school music for the Orleans Parish Public Schools and performing music professionally. Davis’ first gig was with Kermit Ruffins, but he came to prominence in the New Orleans music scene with his eight-piece funk, brass and hip hop group ALL THAT, for which he was lead singer, band leader, principal songwriter, arranger and producer. There are three albums to their credit, including one on Rounder Records.

In the early aughts, Davis formed a small rhythm and blues band featuring his original  material. 2005’s The Once and Future DJ led to the work on the show TREME. 2011’s The Real was a rumination on the meta existence of writing songs for a character who bears one’s name. In 2014, with the show wrapped, Davis wrote Ex Machina. While rooted in New Orleans R&B, this album harkens back to the funk and rap sounds of his earlier work. Critics have called it his best yet.

Davis has played solo and with his band throughout the United States and Europe. He is available for solo, group, workshop and instructional performances.