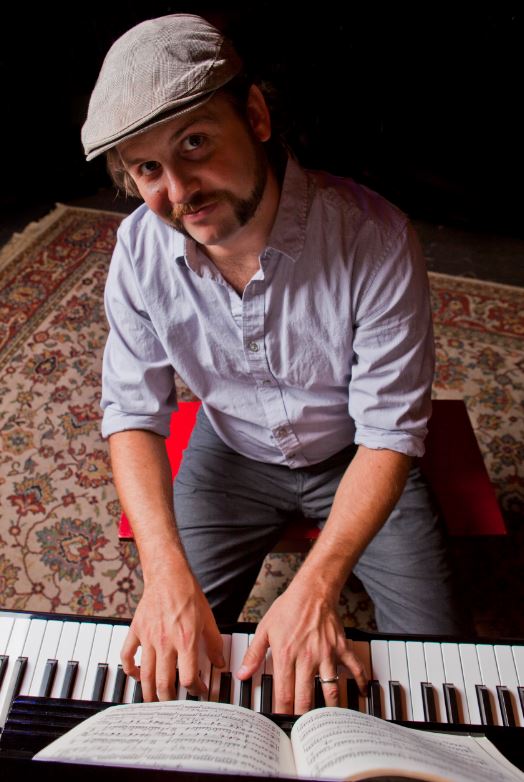 Andre Bohren At Ogden After Hours

Andre Bohren is a lifelong musician, having played professionally from the age of 14. Growing up in a musical environment and picking up many different instruments helped keep Andre’s interests varied. He has played guitar, bass, keyboards and percussion in various musical settings, but he is best-known for founding and holding down the drum seat for Johnny Sketch and the Dirty Notes (JSDN), one of the most eclectic funk-rock bands in New Orleans over the past 15 years. Another facet of Andre’s musicianship is a deep love of classical piano music, having seriously studied the nuances of the genres for decades. At 16, Andre played Gershwin’s Rhapsody In Blue as the featured soloist with the Wyoming Symphony Orchestra, and received many awards at various piano competitions before he was 18. Shortly after high school, he toured France and Spain with his father, storytelling bluesman Spencer Bohren. In 2001, while studying classical piano music at Loyola University in New Orleans, he helped found JSDN. After more than a decade of touring, Andre returned to his piano studies, this time at the University Of New Orleans, where he finished his music degree in 2015. While maintaining a scaled- down touring schedule, Andre performs and records regularly with a diverse cross-section of New Orleans artists, including JSDN, Rory Danger & The Danger Dangers, Spencer Bohren, Dave Jordan, Mike Doussan, Chris Mule, The Walrus and more, in addition to many solo piano engagements.