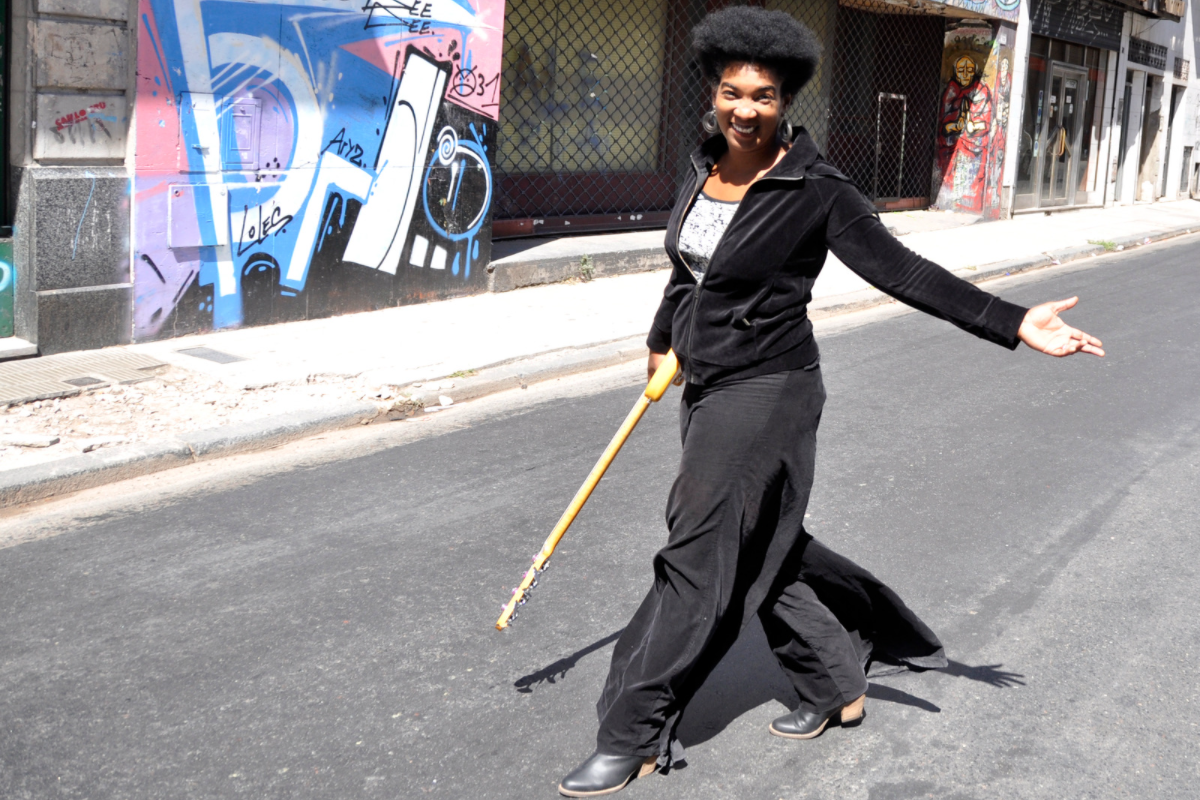 Enjoy a night filled with contemporary Cuban music at the O with Yusa!

While listening to Yusa, make sure to visit the fifth floor to view Cuban-American artist Luis Cruz Azaceta’s solo exhibition, What a Wonderful World.

The CubaNOLA Arts Collective is a New Orleans community arts organization that uses the power of live music, dance, festivity and diversity to promote cultural wellness and equity. 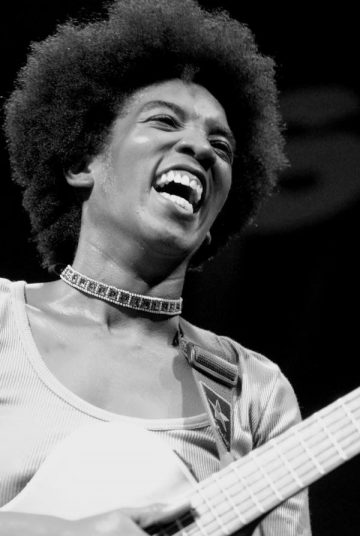 Yusa is a high-energy Cuban musician who seamlessly combines traditional Cuban forms with modern sensibilities. She is a complete musician as a multi-instrumentalist, singer, songwriter, lyricist, arranger and composer. As music critic Jan Farley put it “the simple sophistication of her music, one knows one is finally hearing 21st century Cuba.”

Yusa grew up in Alamar surrounded by the ocean, which would later influence many of her compositions. She has been making music since she was six years old, starting off studying classical guitar and later becoming the first graduate from the famed Amadeo Roldán Music Conservatory specializing in Cuban “tres” guitar. She paved the way for others to follow in formal conservatory studies of the Cuban “tres” guitar.

The Cuban “tres” guitar was made famous by Arsenio Rodriguez and his Conjunto ensemble in the 1940’s. But in the 1990’s when Yusa was at the conservatory, the “tres” seemed hopelessly wedded to traditional Cuban son music, the kind played by guajiros in country bodegas and rarely, if ever, played by women. In 1997 the rest of the world got an earful of the “tres” played by Compay Segundo on the Buena Vista Social Club soundtrack. Although Yusa happened to grow up in Buena Vista, the western Havana suburb that gave the Social Club its name, her musical interests had little to do with that music style. And the local music scene didn’t seem to be in great need of a tres-playing poet with jazz-fusion tendencies. Despite this, Yusa hit the bars and nightclubs around Havana with her tres in hand, and then started incorporating electric bass, keyboard and percussion instruments into her repertoire. At this time she joined an all-female improvisational jazz quintet called Quasi Jazz. She then went on to form a duo with Domingo Candelario, discovering that she wanted to write and perform her own material.  As the 1990’s drew to a close she had a contract with UK-based Tumi Music to record her solo debut. The result, Yusa (2002), enabled her to showcase not just her own uncommon talents but those of her favorite Cuban musicians: Pável Urquiza (Gema y Pavel) as the musical director, Roberto Carcassés (Interactivo) on keyboards, Jorge Alexander Pérez (Cuarto Espacio) on bass, Oliver Valdés (Interactivo) on percussion, and Yusa singing and playing everything you can imagine. This album introduced Yusa on the international stage.

In 2001 Yusa became one of the original founders of the seminal Cuban all-star music collective Interactivo, and cemented her relationship with fans that would follow her solo work for years to come.  Interactivo continues to inspire and serve as a safe, but experimental home base for its brand of timba-funk – a vibrant mix of hip-hop, rock, jazz and blues with Cuban son, timba, rumba and boleros.

In 2003 Yusa was a nominee for the prestigious BBC Radio 3 World Music Awards as Best Newcomer and Best of the Americas, which led to her tour of England with Lila Downs and Susana Baca. Yusa’s subsequent solo tours in London resulted in the DVD Yusa live at Ronnie Scott’s.

In late 2016 Yusa moved from Argentina to Miami and embarked on a new series of musical endeavors. She began a series of musical pilgrimages to New Orleans performing with Telmary at the New Orleans Jazz and Heritage Festival (on the Acura Stage), leading Cuban music workshops at the New Orleans Jazz Market and establishing musical collaborations with New Orleans legends Deacon John and Herlin Riley. These initial explorations then culminated in Yusa opening Preservation Hall Jazz Band’s Tuba to Cuba tour in the Fall of 2019.

In March 2019, she was the featured collaborator with the Nu Deco Ensemble as part of Miami Light Project’s annual Global Cuba Fest.  Yusa returns often to Cuba to perform and tours regularly in Japan, Europe, Brazil, South America and North America.

The pandemic winds of 2020 blew Yusa to North Carolina, then South Carolina and then New Orleans. She is now residing in New Orleans and adding even more to her already bountiful musical influences. She is also about to release her sixth album.

Yusa draws the listener in with her uncommon and very personal style – a blend of trova, son, pop, jazz, r&b and Brazilian rhythms. She is able to integrate Cuban music with music from around the globe, avoiding clichés and achieving the ever-elusive “fusion”.