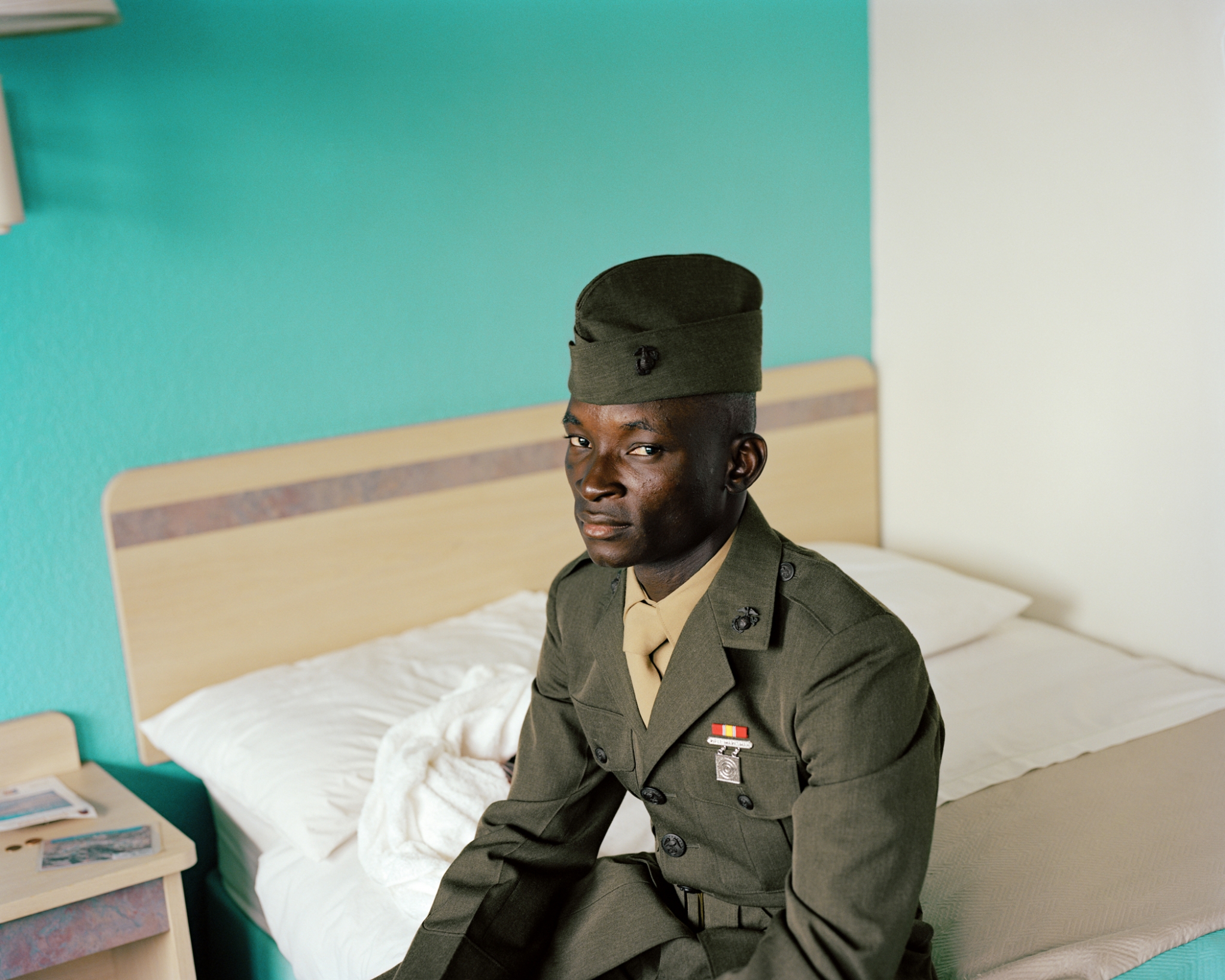 Today on Memorial Day, we’re sharing Susan Worsham’s photograph, Marine, Hotel near airport, Richmond, VA, from our permanent collection.⁣⁣
⁣⁣
We asked Susan Worsham about the Marine pictured in her photograph. Worsham’s brother served in the 82nd Airborne Division of the U.S. Army, so the photograph is extra special to her. She shares…⁣⁣
⁣⁣
“The Marine image, which has been important for me, reminds me that I have to be present. That I must be out in the world, leave the house even when I don’t want to so that I am able to receive the gifts that are out there waiting for me.⁣⁣
⁣⁣
I was out with my camera just driving around and I ended up near the airport in Richmond, Virginia. It began to rain so I started to head home when I saw young men in uniform collected outside of a small hotel and I turned the car around and drove right up to the group, almost stumbling out of the car. I excitedly asked where they were from. They kind of laughed because they were all from different places. I only had a few sheets of film and was lucky that the wall of the room they were sharing was this vibrant color.”⁣⁣
⁣⁣
Worsham’s photograph may be the result of a trained eye, timing and opportunity, and it may be a very personal tribute to the artist’s late brother – but it also stands as a tribute to the extraordinary service, courage and commitment of the men and women of our Armed Forces. During this Memorial Day weekend, take the opportunity to be present, to reconnect with our shared history and core values, and to honor the ultimate sacrifice.⁣⁣
⁣⁣
Thank you to all who have served! ⁣