O What a Night! Gala is Saturday, October 15 and the Silent Auction, presented Neal Auction Company, is officially opening for bidding!

We are pleased to present 100+ works of art by regional artists in our O What a Night! Gala Silent Auction, supporting and celebrating the art of the American South. Support the O and the artists, who receive a portion of the proceeds, by bidding online now through October 16 at 5 p.m.! 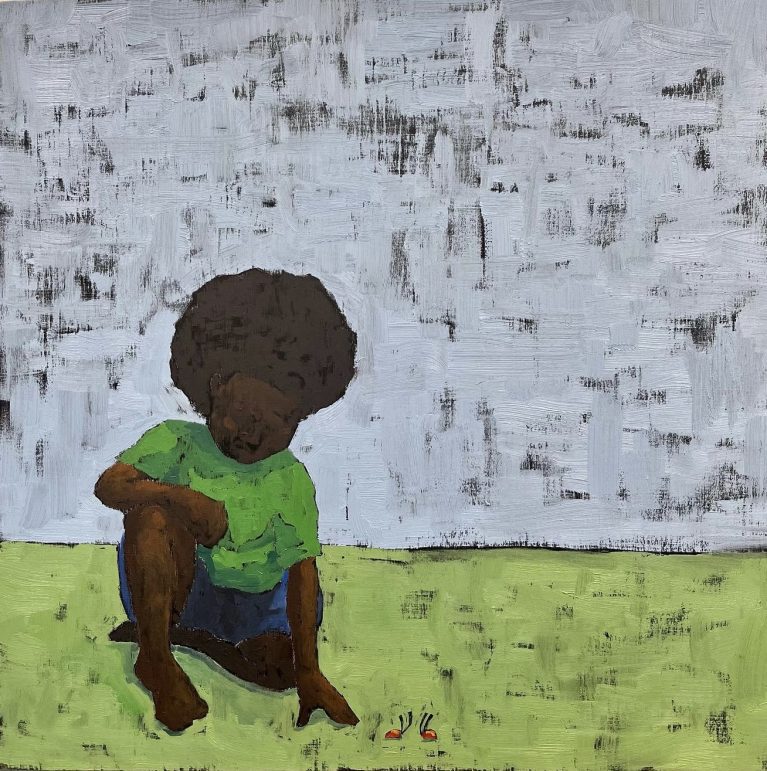 Brandon Surtain lives and works in New Orleans, Louisiana. A native New Orleanian, Brandon attended graduate school at Tulane University, where he received Masters of Architecture and Masters of Sustainable Real Estate development degrees. Brandon received his Bachelors of Fine Art, with a concentration in painting and drawing, from Louisiana State University. During this time he was also a member of the LSU football team.

Brandon’s interests in Art, Architecture and Real Estate Development stem primarily from a place of cultural preservation. Much of his work implicitly responds to life in New Orleans before and after Hurricane Katrina. Focusing on preserving the static and dynamic aspects of the built environment through art and design occupied the bulk of Brandon’s research at Tulane University. Brandon is a former Design Futures student leader, which promotes social and professional equity, as well as design thinking in all aspects of life. He is an exhibiting artist and designer. 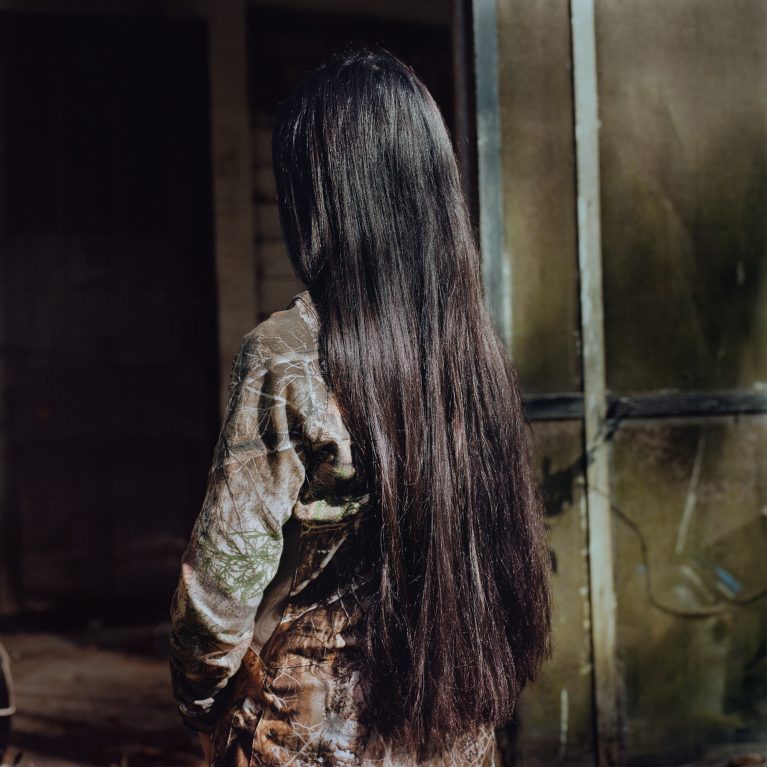 Camille Farrah Lenain is a French-Algerian documentary and portrait photographer who grew up in Paris, studied Photography at l’ESA in Brussels and at ICP in New York City (virtual). She relocated to New Orleans in 2013, where she works on long-term projects with a focus on empathetic portraiture, exploring the notions of representation, collective memory and plural identities.

Her clients include “The New York Times,” “Rolling Stone,” “The Washington Post Magazine,” “T Magazine,” “The Bitter Southerner,” “Liberation” and more. Her photographs have been exhibited internationally, including at Ogden Museum of Southern Art, Festival Incadaques and Les Boutographies. She was previously an Artist in Residence at the Joan Mitchell Center and Nunu’s Arts Collective. 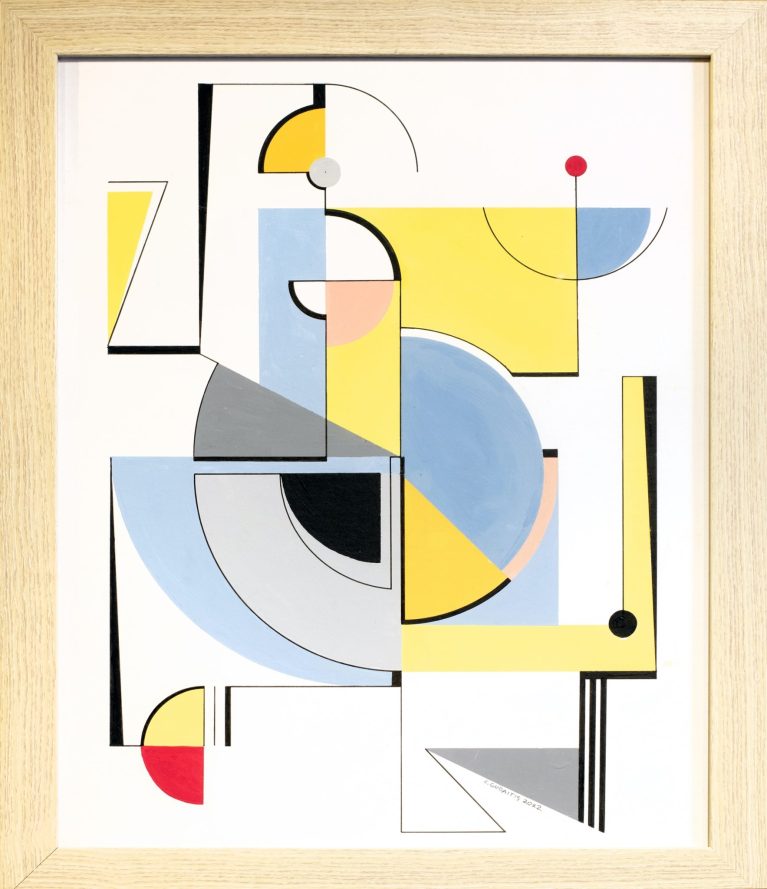 Charles Gudaitis is a self-taught local artist with acquired skills in wood working, metal working, machining, welding and art & design. His focus has been on functional 3D art and sculpture, applying the highest degree of artistic merit he can conceive, but also produces 2D art such as painting in oils and acrylics.

Gudaitis takes inspiration from nature, geometric forms, technology, textures, colors and materials. He enjoys combining organic and inorganic materials that compliment and contrast one another as well as trying to incorporate unique new materials such as industrial honeycomb and structural foams. 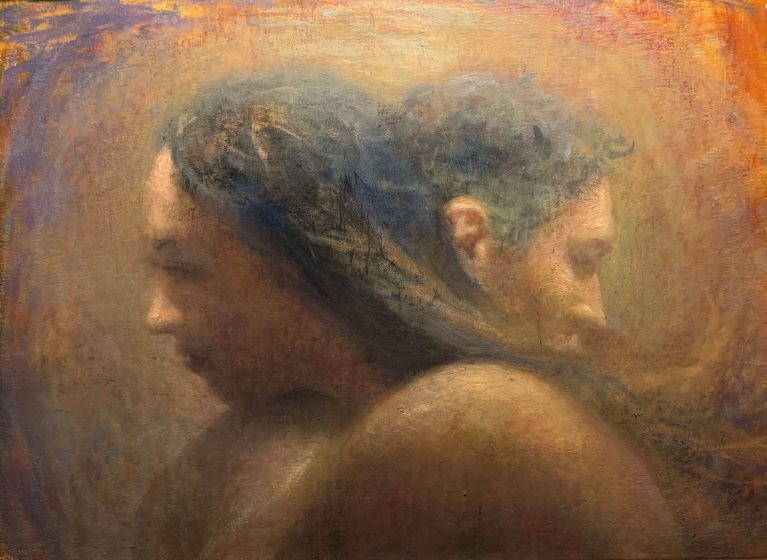 Jonathan R. Hodge is a New Orleans-based painter and instructor. His artistic themes often reflect the strength of the human spirit in the face of adversity, perhaps best illustrated by his paintings of Hurricane Katrina that devastated his hometown of New Orleans. He believes not only in the power of art, but its ability to move people.

Hodge earned his B.F.A. from Columbus College of Art and Design (CCAD) in 2012, specializing in painting, drawing and art history. While at CCAD, he also studied under the head anatomist of a cadaver lab at a neighboring college where he learned anatomy first-hand and performed dissections.

In 2014, Hodge relocated to Seattle to study classical painting and drawing with Juliette Aristides at Gage Academy of Art. He has presented his artwork at the 7th International Conference on the Arts in Society in the U.K. and had work featured in American Art Collector magazine, Realism Today and the Art Renewal Center. Hodge has exhibited at the Haynes Galleries in Tennessee, the Maryhill Museum in Washington and the Figure|Ground Gallery in Seattle, and has work in many public and private collections including the Aslan Foundation, The Columbus Club, and that of Rick Mekdessie, Harriet Rubin, Bradley Sumrall and Carlos Madrid.

Hodge was an instructor at the Georgetown Atelier at Gage Academy in Seattle where he taught painting and drawing. He recently relocated back home to teach at the New Orleans Academy of Art and is preparing for a solo exhibition at the Figure|Ground Gallery. 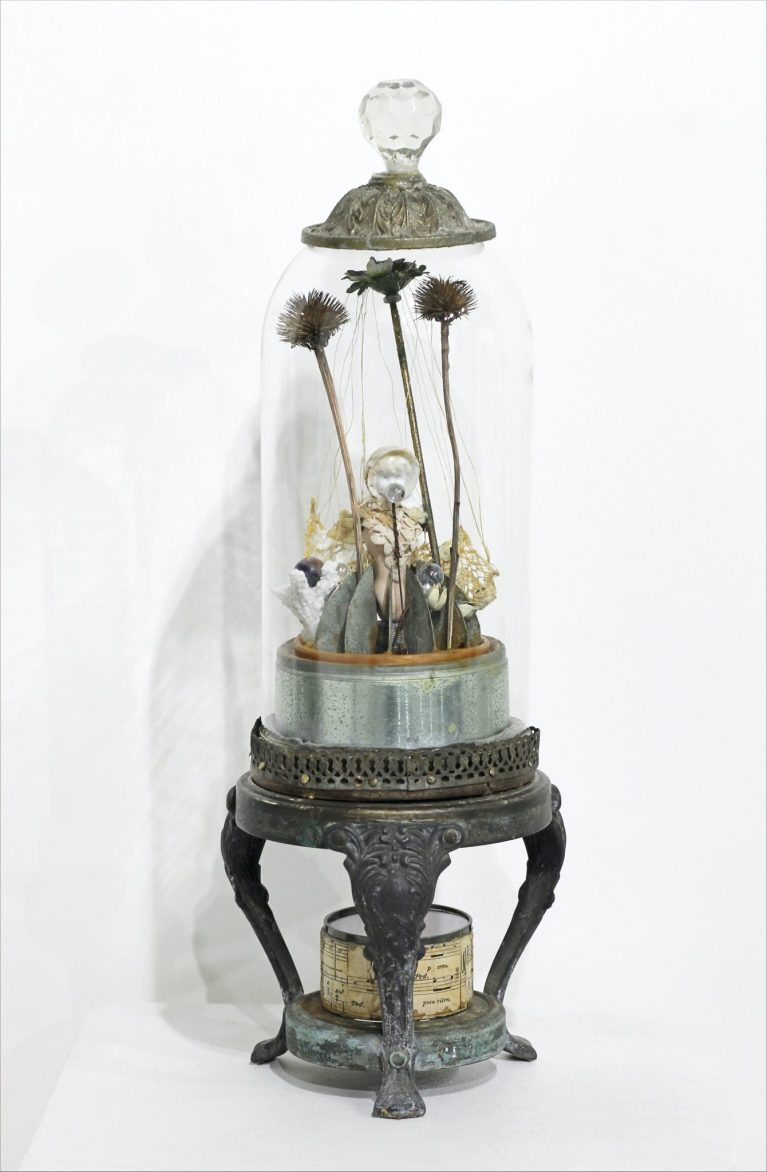 There is whimsy, poetry, innocence and fantasy within Audra Kohout’s boxes. The assemblages are balanced, wildly creative and always compelling. Upon first glance, all seems innocent enough – pixies, dolls, animals, fairies and figurines interact within each of their own small theaters, the characters playing out elements of the human psyche. In some of the assemblages though, the milieu appears to be drawn from the Industrial Revolution era. Mary Shelly’s Frankenstein comes to mind, as certain of Kohout’s characters seem to be involved with experiments, creating artificial life. Sometimes these figures take on the role of scientist or inventor – other characters are the subjects of failed or unstable results. There are partially mechanized people, incorporating machinery parts into their bodies, figures transmuting into part animal and bird. Wheels, ropes, pulleys, weights, scales, gears and machinery parts surround the central figures.

Audra Kohout has established a large number of collectors throughout the United States. The artist has been awarded numerous grants from the Louisiana Division of the Arts as well as other major foundations. The Contemporary Arts Center in New Orleans presented The Ghost of Cornell, where many of Kohout’s box assemblages were exhibited with the works of Joseph Cornell. She was chosen for the Texas National exhibition in Austin, and continues to be invited to present her work in exhibitions throughout the country. Kohout lives and works in New Orleans.

View all items and bid

O What a Night! Gala raises critical funds for Ogden Museum’s exhibitions and programming. Come support the arts and culture of the South on October 15 while also joining us in honoring this year’s recipient of the OPUS Award, George Dunbar. The gala will feature live music, food, entertainment, live and silent auctions, cocktails, dancing and more!