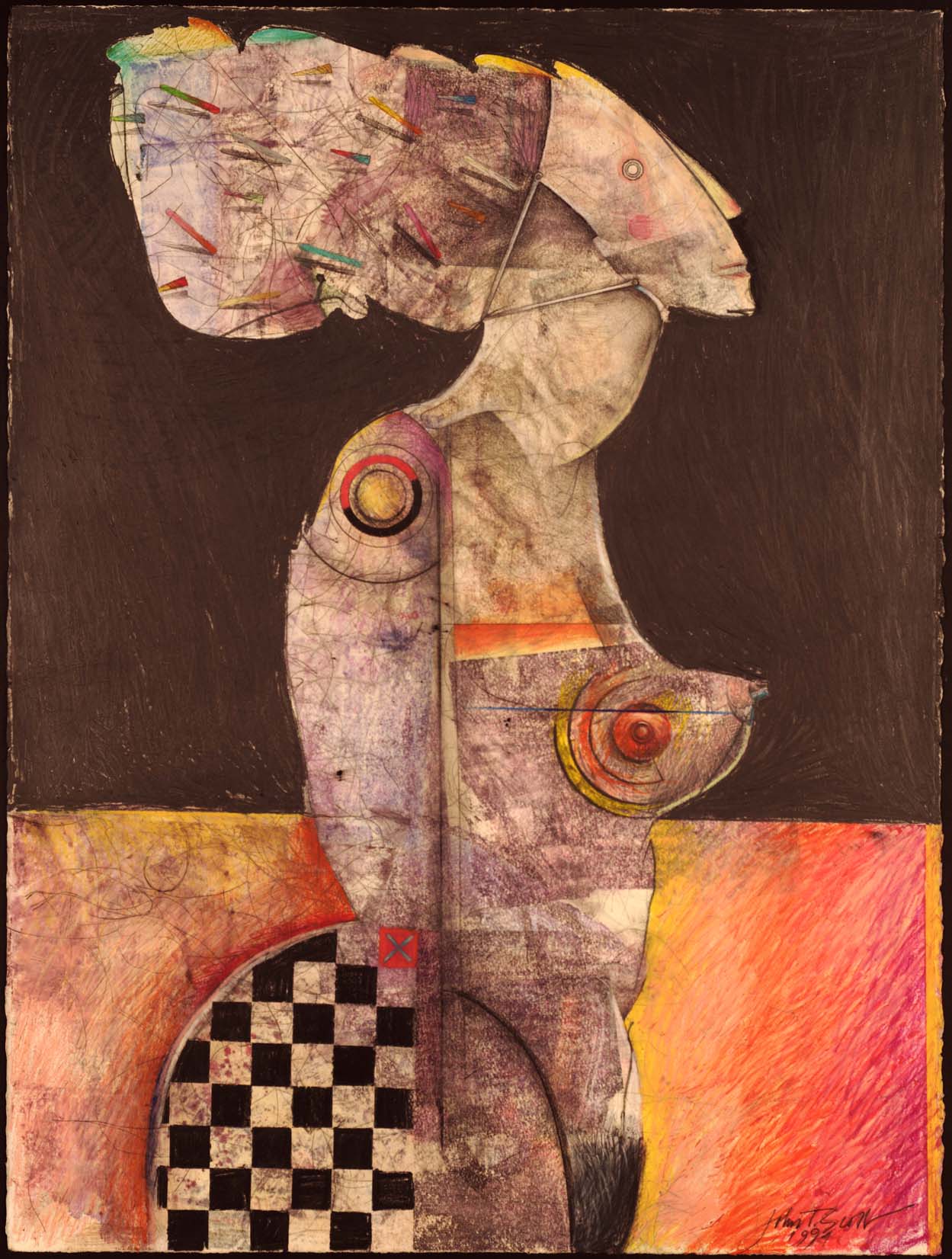 John T. Scott, born in 1940 in New Orleans, may be the city’s most prolific sculptor. Scott was raised in the city’s Lower Ninth Ward. He said that his art training began at home. He learned embroidery from his mother, and his father was a chauffeur and restaurant cook. He attended Xavier, a Roman Catholic and historically Black college, and then Michigan State University, where he studied with the painter Charles Pollock, Jackson Pollock’s brother. After completing his master of fine arts degree in 1965, he returned to Xavier, where he taught for 40 years.

Always a dynamic artist, Scott’s style evolved throughout his career. In the 1980s, Scott added kinetic elements to his sculptures. Not relegated to any one field, Scott produced many woodprints and mixed-media collages along with his sculptures. His prints from the early 1990s reflect urban violence. After winning a MacArthur Foundation Fellowship in 1992, Scott expanded his studio and began to create various site-specific monumental works throughout New Orleans, including pieces at the New Orleans Museum of Art and Xavier University’s campus. Hurricane Katrina forced Scott from the city he loved and failing health kept him away. He passed away in Houston in 2007.

Scotts work includes complex, yet graceful kinetic sculptures that can be seen throughout New Orleans. His other mediums include woodcut prints, watercolors, divergent materials such as cast bronze and thin brass strips of wire. Scott’s work can also be seen across America in California, Georgia, Tennessee, Texas and Washington, D.C.

It is almost impossible not to hear the music in the streets of New Orleans. Music is the heartbeat of the city. Some of John T. Scott’s greatest inspirations came from the city’s rich Black experience, culture and musical heritage.

In the early nineteenth-century, enslaved people of color were allowed to gather in Congo Square, where they played drums and musical instruments while using dance as a release from the oppression of everyday life in slavery. Inspired by New Orleans’ unique Afro-Caribbean cultural fusion, Scott’s famous kinetic sculptures move – as Scott, himself, once said – “with the rhythm of the city.”

Scott said, “New Orleans is the only city that I’ve been in that if you listen, the sidewalks will speak to you because there is that much history and spirituality in the city.”[1] Dancing to Soundless Music #2, now on view on the first floor of Ogden Museum, illustrates the inescapable sounds of New Orleans. Although titled Dancing to Soundless Music # 2, gazing at this art, we can visually hear the music within.

In this video created for an annual celebration of John T. Scott’s life and influence, Bradley Sumrall, Ogden Museum Curator of the Collection, shares work by John T. Scott that the Museum is fortunate to have in its permanent collection.⁣⁣