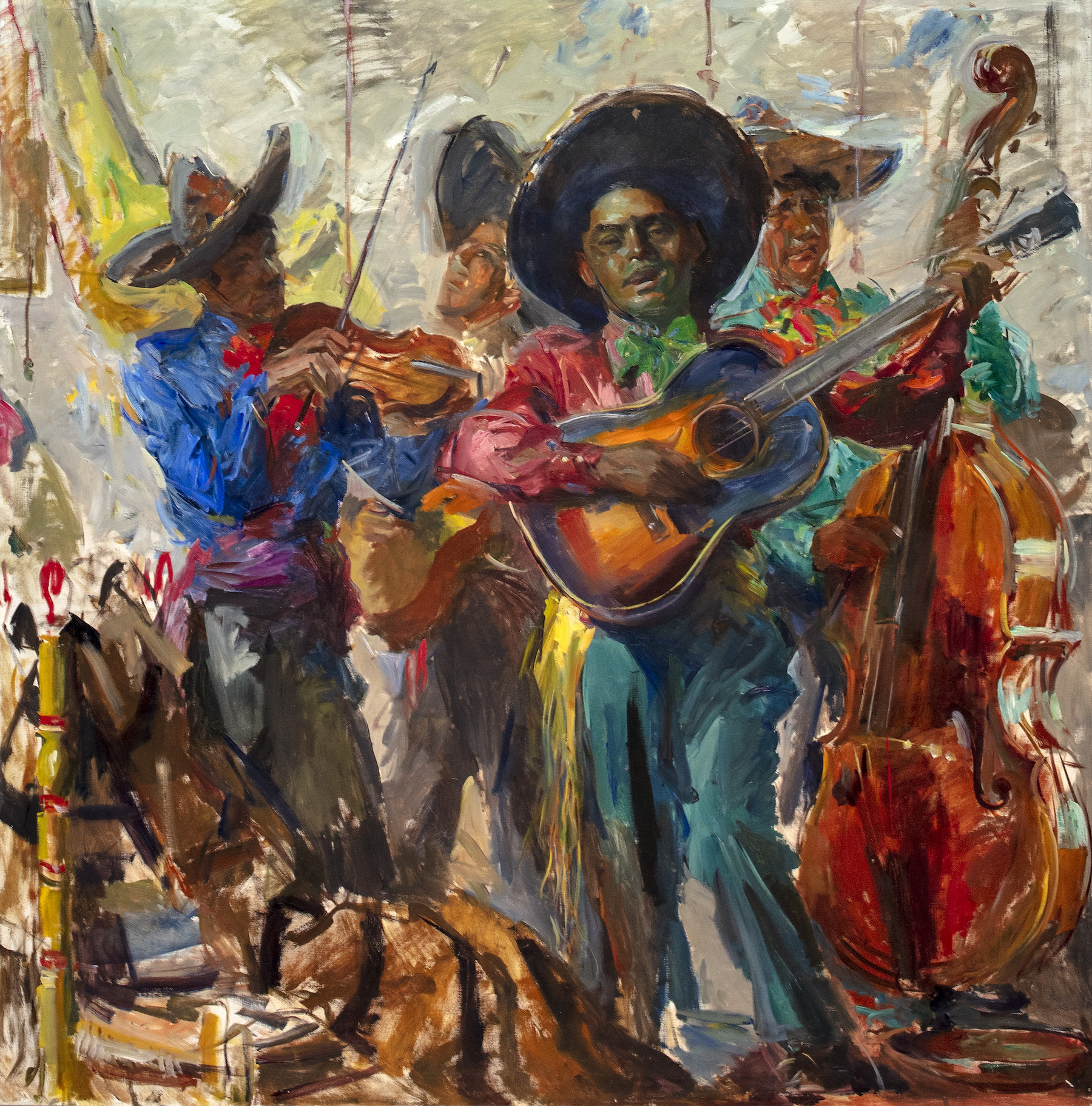 Wayman Adams was born on September 23, 1883 in Muncie, Indiana. Adams discovered his potential as an artist when he followed a custom practiced by Indiana farmers and decorated his father’s barn with a painting of the family’s prized livestock. When he was fourteen he had his first one-man show in Silverburg’s Drug Store in Muncie, and the local newspapers referred to him as a “boy wonder.”

On a visit to the Herron School of Art in Indianapolis, where Adams studied under William Forsythe, the author Booth Tarkington noticed the young man and was impressed with his ability. He asked what Adams would charge to do a portrait of him, and the artist offered to do it for 50 dollars. Tarkington paid him 500 dollars with the understanding that Adams would go to New York City to study. Adams ended up studying at the Grand Central Art School in New York and eventually became a member of the faculty.

Adams met his future wife and fellow pupil, Margaret Burroughs, while the two were studying abroad in Italy under American painter, William Merrit Chase. In 1918, he and Margaret married and later had a son in 1924. The two established an ambitious school and art colony in Elizabethtown, New York, which prospered for years, ending in 1949 when Adams became weary from the demanding work environment. As a result, they moved to Austin, Texas and built their home, “Encina Linda,” which became a mecca for artists and authors and was the scene of many cultural entertainments.

During his long and distinguished career, Adams painted portraits of figures such as United States presidents, authors and artists, society women, actors and actresses, sports celebrities, musicians, royalty and governors. He also produced small oils and watercolors of places he visited in Mexico and New Orleans.

Adams was a versatile and prolific painter throughout his career. Sadly, he suffered a sudden heart attack at his home on April 7, 1959, the day after attending a concert by the Austin Symphony Orchestra.

You can come check out Wayman’s work Mariachis, on view now in the Ogden Museum’s atrium!