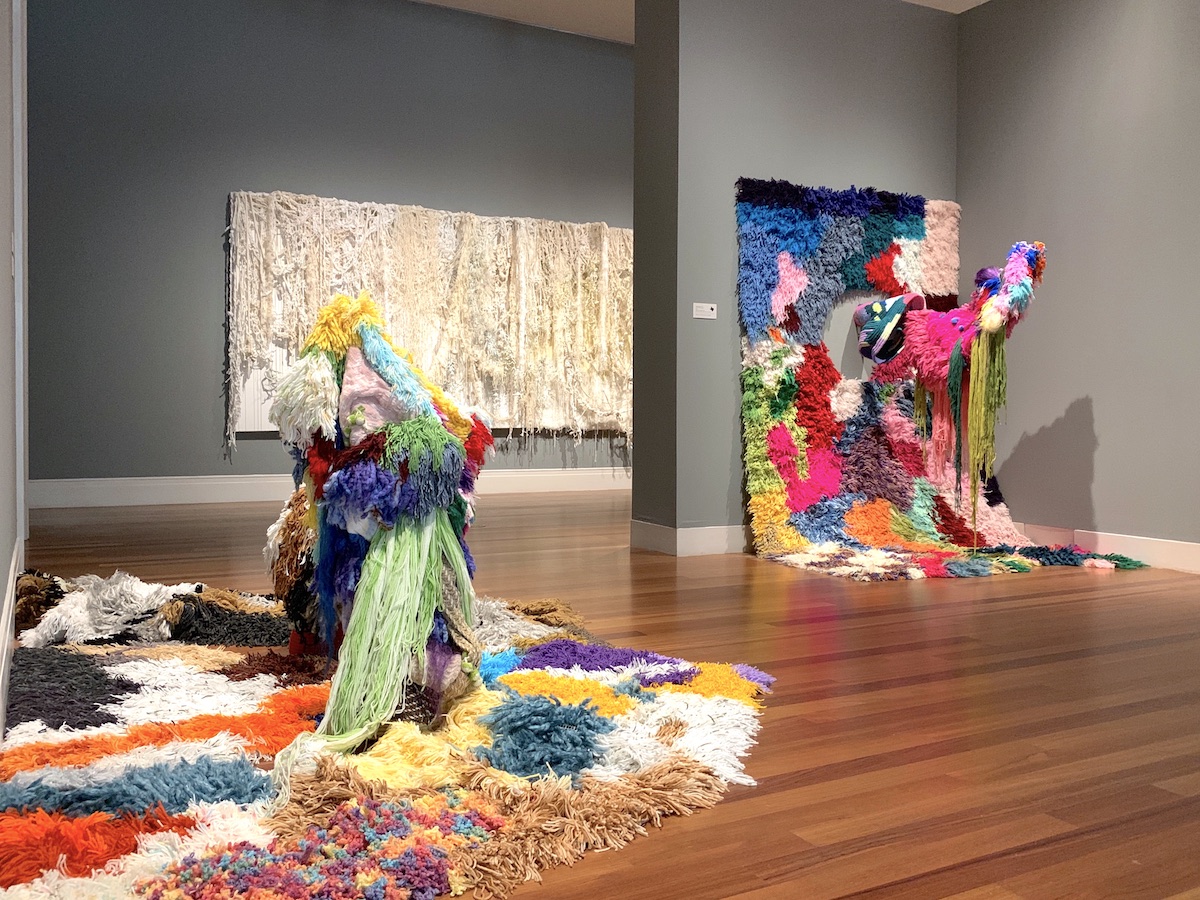 Sarah Zapata is a Peruvian-American fabric artist who lives and works in the Red Hook neighborhood of Brooklyn, New York. Born in Corpus Christi, Texas in 1988, Zapata was raised in the Dallas area. She received a BFA in Studio Art – Fibers from the University of North Texas in 2011. Her work has been shown throughout the United States, as well as Mexico and Peru.

The works included in this exhibition consist of abstracted sculptures and latch-hooked rugs. In the sculptures, anthropomorphic forms rise from coiled-rope bases. The bases allude to the rope baskets of ancient Peru, yet eschew the symmetry of basketry for the freedom of abstraction. The figures emerge like the swaddled mummies of Paracan culture, but with the bright confectionary colors and improvisational composition of contemporary fine art. Likewise, the rugs reference the rich textile traditions of Peru, while embracing contemporary craft practices. They escape the rigid control of geometric design, following instead the freedom of intuition.

The work of Sarah Zapata exists in the liminal spaces between the past and the present, between craft and fine art, between South and North America. Like Janus, these works act as doorways – looking at the past and future at the same time, existing as testaments to intersectionality. Through these works, Zapata explores the tensions of her own identity – a contemporary artist exploring ancient cultures, a Texan living in New York, a Queer artist raised as an Evangelical Christian, a fine artist working in craft mediums, a Peruvian-American in the United States. Her art questions concepts of performative identity, of “women’s work” and the presumptive context of that term. “I wanted to be making work that’s overtly female and overtly handmade. Like I’m performing how I’m theoretically supposed to,” she explains, “but working within those confines to break down that means of control.”