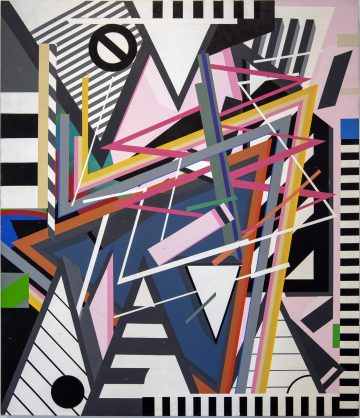 Robert Reed was a painter and printmaker known for his geometric abstraction. Reed was a student of Bauhaus artist Josef Albers, from whom he developed his penchant for vibrant colors. In the summer of 1960, Robert Reed attended the art division of the Yale Summer School of Music and Art, a program he later directed from 1970 to 1974. He was appointed to the faculty of Yale University School of Art’s Department of Painting and Printmaking in 1969. He became the first tenured African American professor in the history of the Yale University School of Art, teaching both undergraduate and graduate programs for nearly fifty years until his death in 2014. Reed was included in a large painting exhibition at the Whitney Museum of American Art in 1973, and also in the inaugural exhibit at the new Whitney Museum of American Art in 2015.