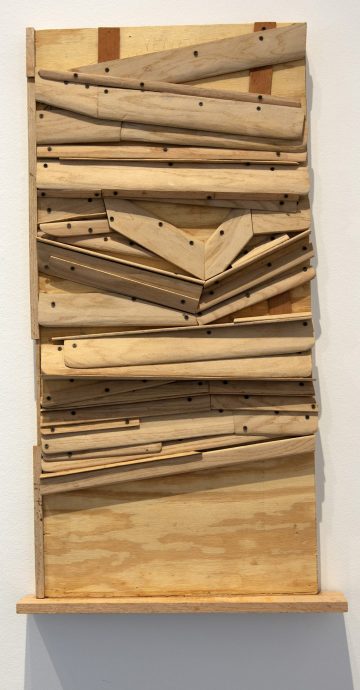 John Barnes is a sculptor who mainly deals in wood assemblages. Barnes first took an interest in art when he enrolled in the Baton Rouge public school system, but his passion flourished while enrolled at Southern A&M University. Using wood found in his Algiers neighborhood, Barnes pieces the debris and refuse into intricate designs influenced by racial politics, gentrification and income inequality. New Orleans and the Mississippi Delta region, more broadly, form the backdrop for the artist’s work, while the material, subject matter and final display are directly of the place.

Barnes is currently the director of the Visual Arts Program at Dillard University, a position he has held since 2004. John Barnes’ assemblages have been on exhibit all around New Orleans, and he was featured in the Prospect.1 International Biennial in 2008.