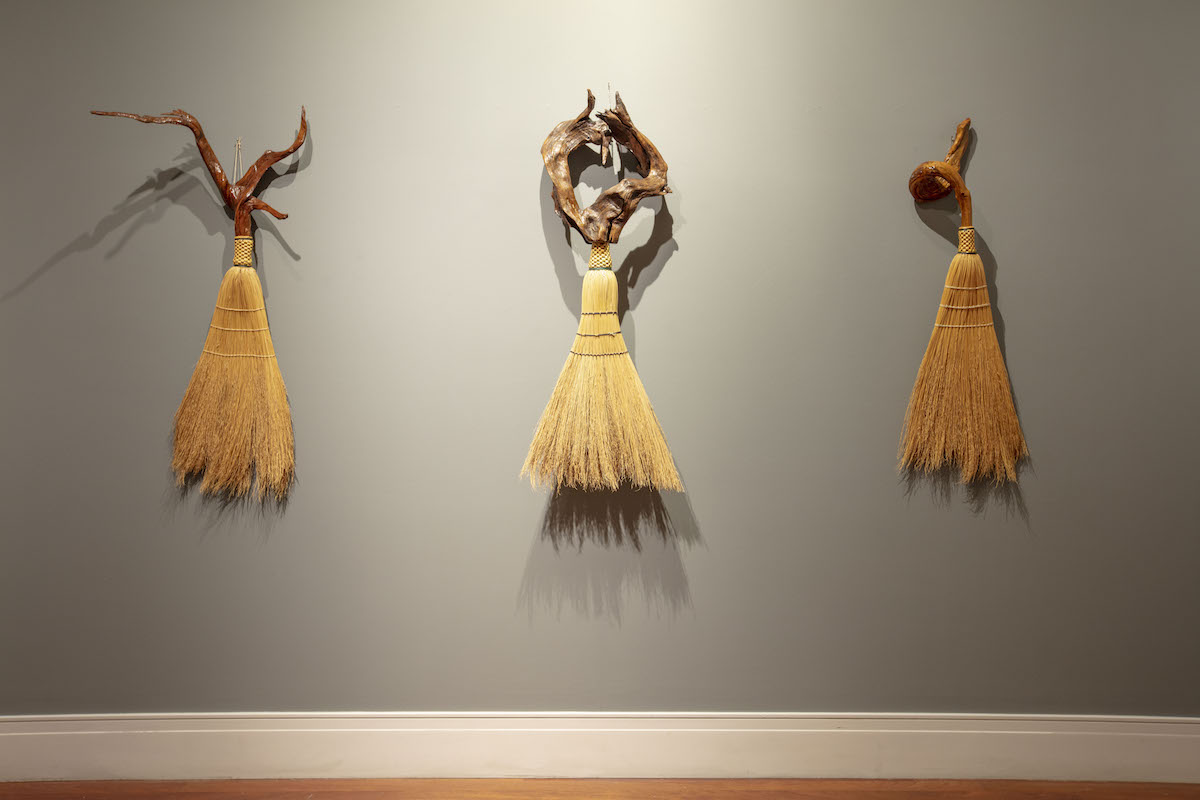 Friendswood Brooms of Leicester, North Carolina can trace its roots back to a phone call received by Ralph Gates in 1973. Mr. Gates had been working as a software systems engineer at the Kennedy Space Center in Florida. Tired of the high-pressure and sterile environment, he had made the decision to change his lifestyle and find a way to work from home. Having explored a number of options, he received a fateful call from his niece telling him that a broom-maker she knew in Gatlinburg, Tennessee had suffered a heart attack, and was hoping to train someone to take over his business for the summer. Mr. Gates flew up to meet the craftsman, and a few weeks later the whole family moved to Tennessee. So began the career of Ralph Gates as an art broom craftsman.

Broom making traditions in the Unites States can be traced back to mid-18th century – a tradition that was refined by Shaker communities in the early-19th century. These traditions began to disappear when broom making became industrialized in the mid-1800s, leaving only a handful of craftsmen preserving the craft. Using natural wood or antler handles, the Gates family wraps and binds the broomcorn using traditional techniques inspired by Shaker and Appalachian designs. Although Ralph Gates passed away in the mid-1990s, the tradition of art brooms he began has continued with his son, Marlow, along with his wife, Diana. The Gates family practices a technique of binding dating back to the 1790s, using just one nail and pressure to wrap string around natural broomcorn, a special type of sorghum, to secure it to the handle with no glue, tape or other type of adhesive. The broom actually begins with a walk in the woods, though, searching for the perfect branch, vine or shed antler to make the handle. “Nature does all the work. I just show it off a little bit,” Marlow says.

The intense repetitive handwork of broom-making, along with the perpetuation of tradition – is in itself a ritual practice. The art brooms can also be involved in ritual traditions outside of the craft. Friendswood Brooms are often used in wedding rituals, religious ceremonies or cleansing rituals. They can be used to sweep the floors clean of both dirt and bad luck. They can also be simply viewed as beautiful sculptural objects – art brooms for art’s sake.