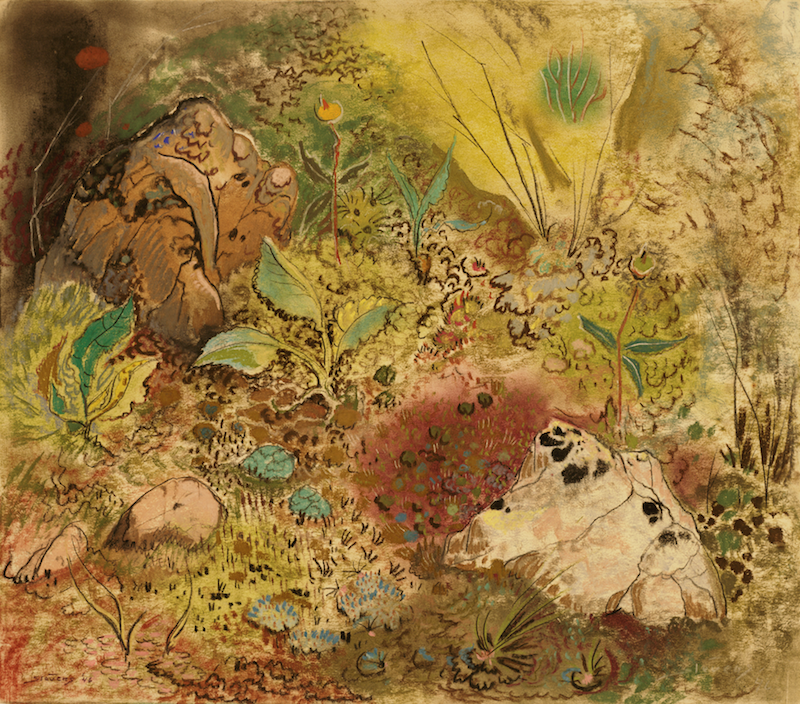 “The best thing that a human can do in life is to get rid of his separateness and hand himself over to the nature of things – to this mysterious thing called the universal order that any artist must sense. To put yourself in the way of that thing so that you become a vehicle of it – that will be your only merit – to put yourself in that way.” – Will Henry Stevens

Will Henry Stevens was born 1881 in Vevay, Indiana and was inspired by this pastoral setting from an early age. His father was the town’s apothecary, and taught Stevens the basics of chemistry, which he would use later in life to create his own materials for making art. During his childhood on the banks of the Ohio River, Stevens’ mother encouraged his artistic sensibilities through private lessons, and his grandmother introduced him to the Transcendentalist literature of the American Renaissance. At 16, he enrolled in the Cincinnati Art Academy and won a design competition that led him to New York City. While in New York, he became influenced by modernist landscape painting as well as the spiritual qualities of Chinese paintings from the Song dynasty, prompting Stevens to align his personal aesthetic with Eastern philosophies.

In 1920, Stevens accepted an invitation to teach at Newcomb College and remained in New Orleans with his family, painting steadily until the last year of his life, when he returned to Indiana. Exposure to Paul Klee and Wassily Kandinsky, and his continued quest to represent natural order, informed his use of non-objective elements. From the mid-1930s onward, Stevens combined familiar representational motifs with abstract improvisations to interpret his favorite subjects, the coastal landscapes of Louisiana and Mississippi, and the Blue Ridge Mountains of North Carolina.

The Ogden Museum of Southern Art currently holds over 300 works by Will Henry Stevens. Stevens’ body of work consists of plein air paintings of the North Carolina Highlands and the waterways of South Louisiana, as well as abstracted landscapes and geometric abstraction.