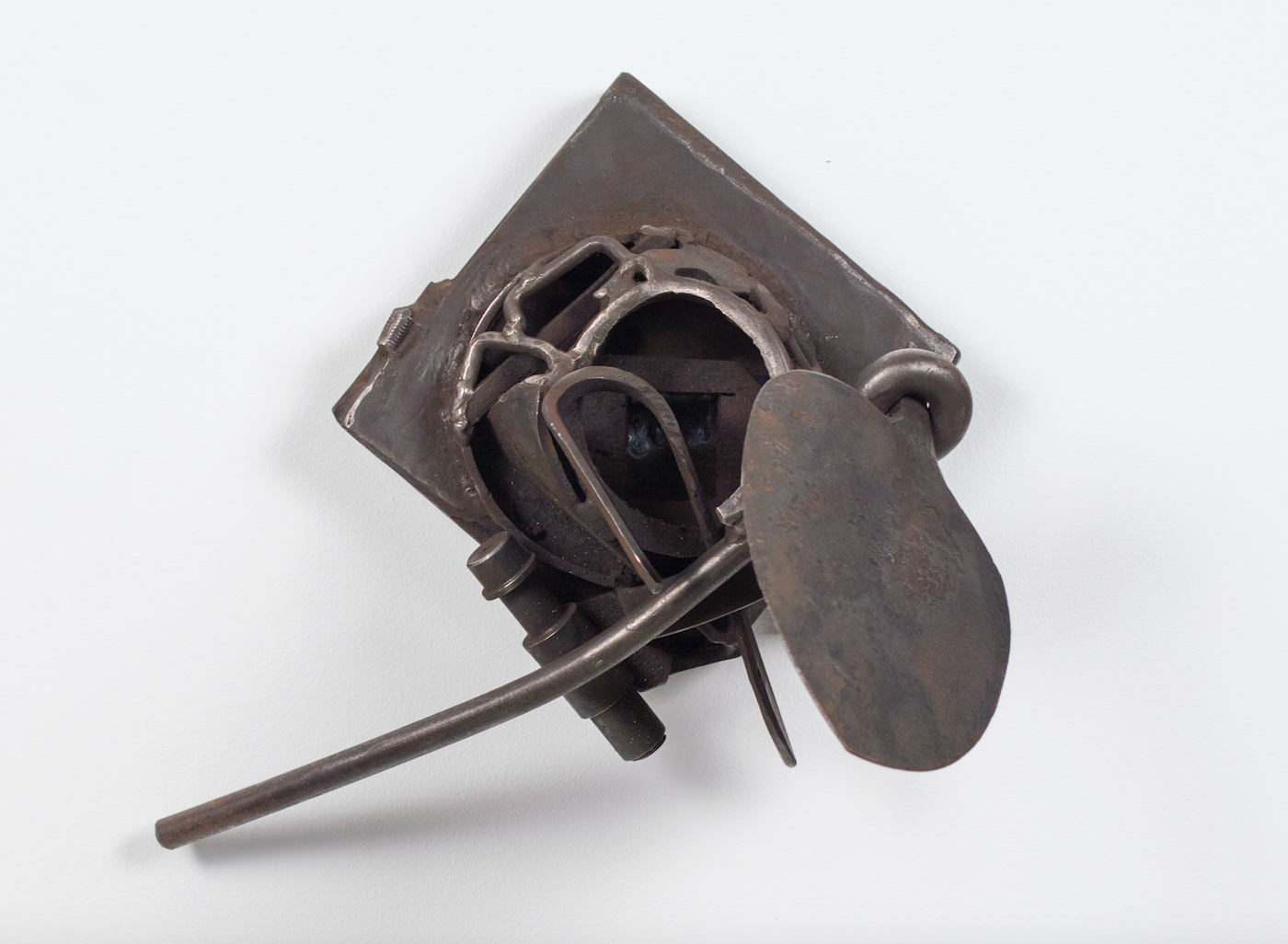 Melvin Edwards: Crossroads is presented by The Helis Foundation and organized by The Baltimore Museum of Art.

Peer into Melvin Edwards’ world of twisting, sinuous metal and you will find a place of possibility, an environment where found objects expand—both formally and conceptually—beyond the boundaries of their given form. Look closer and you may even catch a glimpse of Africa in his dense, abstract assemblages and planar, geometric installations. His works are meant to move, to exist and be seen in different contexts, on different continents. Their presence speaks just as easily to rural blacksmiths in Zimbabwe as it does to the urban denizens of Chelsea.

Edwards has lived, taught, and traveled on the world’s second largest continent since the early 1970s, creating relationships with artists, students, and politicians in sixteen different countries. In doing so, he has discovered an almost genetic relationship between his work and that of African smiths and carvers, past and present. “You have the concept in your head, or your spirit somewhere,” he observes. “But you don’t have the detailed structure. It’s too many generations ago. But the concept related to it, that’s there somewhere in Africa.”

Melvin Edwards: Crossroads explores this relationship and examines the formal, familial, and conceptual affinities between Edward’s work and that produced by African artists and artisans. Edward’s great-great-great grandfather was a west African blacksmith and the continent has, in his words, “always been there for me in one way or another.” Yet, this is not a simple story of artistic influence. Edwards’ style did not change because of his varied engagements with the continent and its people. Rather, in the words of the artist himself, these interactions “corroborated” something deeper and more profound: the pre-existing connective tissue that bonds African and African American art together.

This exhibition explores these creative ties, and—for the first time—seeks to make African sense of an American artist. In doing so, the exhibition allows viewers to visualize the relationships between African and American abstraction. Furthermore, it breaks down the artificial art historical geographical silos that have hindered our ability to understand the true story of human creativity and connection.

Yet, while the subject of the show is Africa, its object is America. As the country’s leading abstract sculptor, Edwards’ has influenced generations of artistic giants with profound political commitment and innovative formal genius. By highlighting the African roots of Edwards’ dynamic, muscular abstraction, this exhibition seeks to reframe the history of modern American art by showcasing the profound impact of Africa on American creativity. Indeed, it argues that Edwards had to first leave America in order to truly see, understand, and speak to it. As such, this exhibition seeks to broaden our definition of America, and of American art. 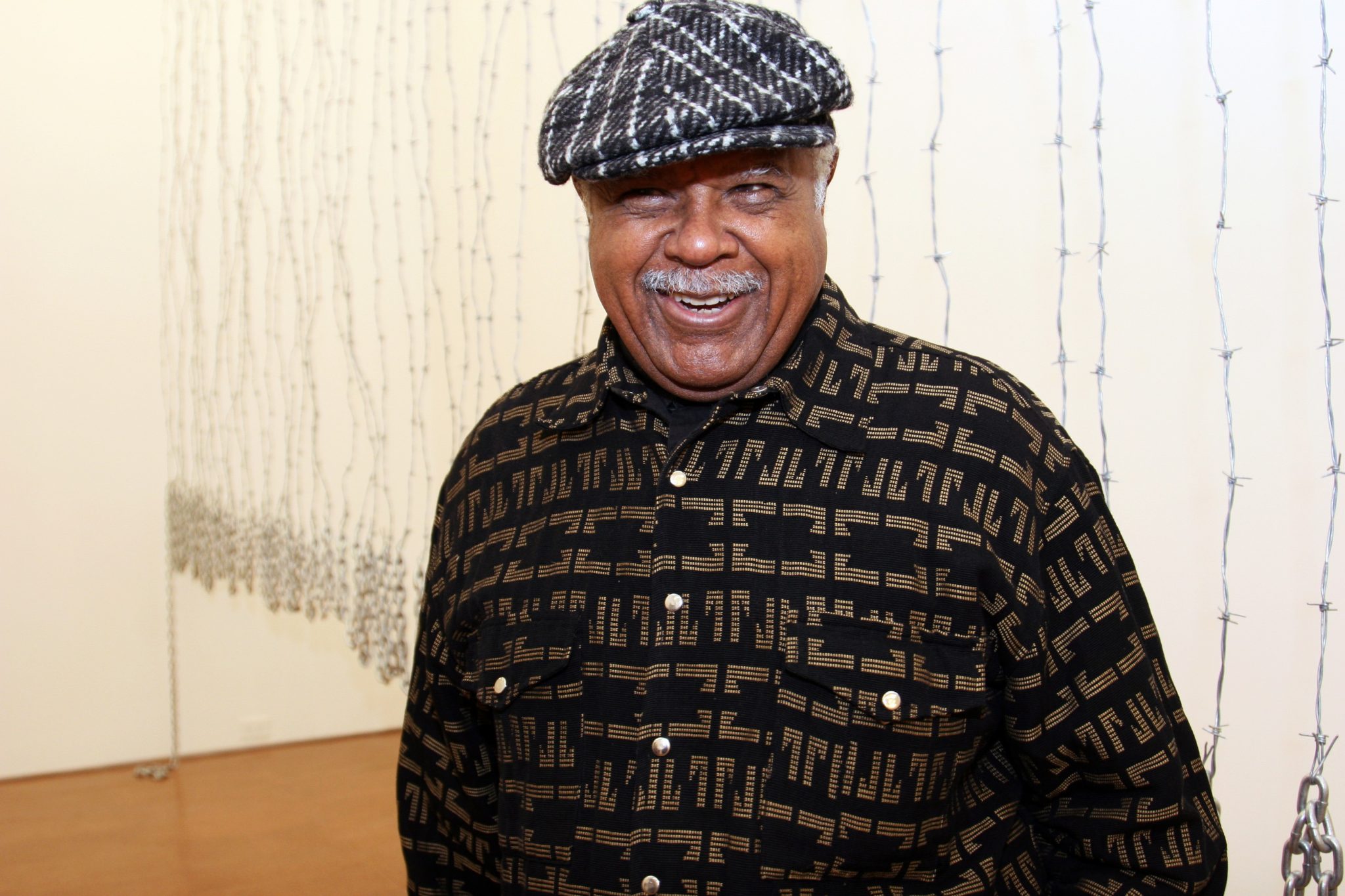 Melvin Edwards (b.1937) is a pioneering African American artist who divides his time between New York, Baltimore, and Senegal. Born in Houston, Texas, he began his artistic career at the University of Southern California, where he met and was mentored by Hungarian painter Francis de Erdely. In 1965 the Santa Barbara Museum of Art organized Edwards’ first solo exhibition, which launched his professional career. He moved to New York City in 1967, and his work was soon exhibited at the Studio Museum. In 1970, Edwards became the first African-American sculptor to have works presented in a solo exhibition at the Whitney Museum of American Art. Other major solo exhibitions include Melvin Edwards Sculpture: A Thirty-Year Retrospective 1963–1993 at the Neuberger Museum of Art in Purchase, NY (1993); Melvin Edwards: Five Decades at the Nasher Sculpture Center in Dallas, TX (2015), Zimmerli Museum of Art, Rutgers University, NJ; Columbus Museum of Art, OH; Melvin Edwards: Festivals, Funerals, and New Life at Brown University in Providence, RI (2017); and Melvin Edwards: Lynch Fragmentsat the Museu de Arte de São Paulo in Brazil (2018). The artist’s work has been featured in numerous group exhibitions, including Solidary & Solitary: The Joyner/Giuffrida Collection (2017-2019); Postwar: Art Between the Pacific and the Atlantic 1945-1965, Haus der Kunst, Munich, Germany (2016); All the World’s Futures, 56th Venice Biennale, Italy (2015); Witness: Art and Civil Rights in the Sixties, Brooklyn Museum, NY (2014); Blues for Smoke, Whitney Museum of American Art, New York, NY (2012-2013); and African American Art: Harlem Renaissance, Civil Rights Era, and Beyond, Smithsonian American Art Museum, Washington, DC (2012).

A Virtual Look at Melvin Edwards: Crossroads, Presented by The Helis Foundation