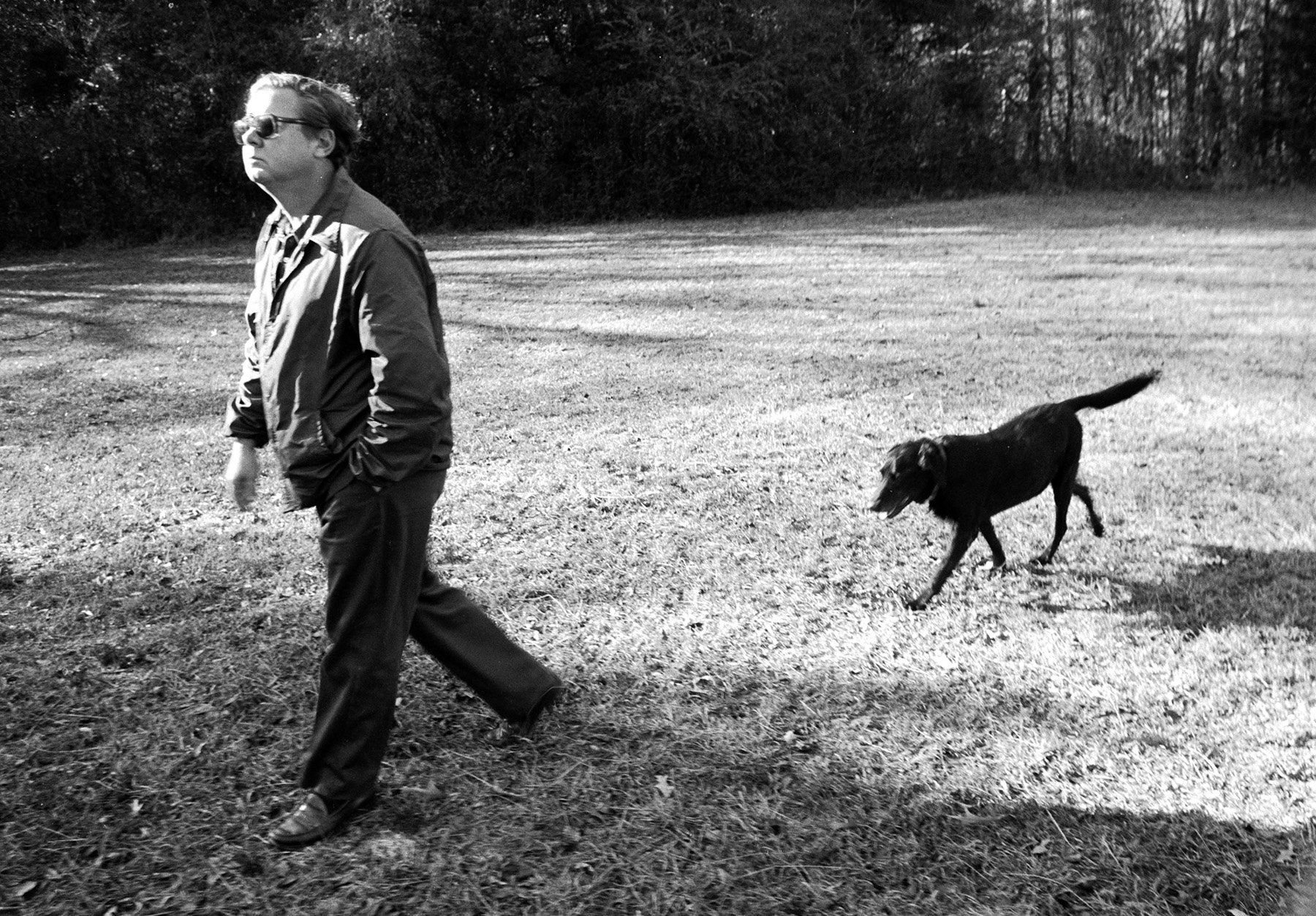 These photographs and letters are part of a larger body of work that was first exhibited at Ogden Museum of Southern Art in the Fall of 2007. With the publication of the book version of the project last month, I am honored that the Museum has offered to highlight selections of the work again.

My father was from a generation of men who could not express their emotions openly. Born in 1934, he came of age during World War II and the 1950s and grew up in an environment that certainly did not encourage men to be vulnerable.  Emotions were seen as a weakness.  While my father developed the remarkable ability to express himself as a writer, like many men of his generation, he had great difficulties throughout his life expressing his emotions directly, especially when it came to love, affection and anger.

While he was by no means a bad parent, he was not always a very good role model. He didn’t cook or clean, kept peculiar hours and never answered the phone unless first accompanied by a secret “code.” He led a lifestyle that was confusing to me, his only child, growing up in New York City in the 1960s and 70s.  However, he could write beautiful and loving letters. As an aspiring photographer, I often responded to his idiosyncrasies by using the camera not only as a visual journal, but also as a form of protection–a buffer through which I could capture what I was feeling.  As a young man in my early 20s, I was trying to establish my own independence and the camera became a way of setting new boundaries.  Sometimes, I photographed him during his late night sessions with friends, or on walks with his beloved dog, Pete. However, more often than not, I photographed him simply because I had my camera with me and he made for a good subject.  Since the original exhibit I have added self-portraits so the viewer can get a sense of the young man he was writing to.

This project, then, represents the archeology of a lifelong relationship between a father and a son, parent and child. The photographs are more than just simply portraits; to me they are windows into the heart and represent my own reality at the other end of the family equation. We used these letters and photographs to span the vast waters of generational distance, at the same time conscious of the undeniable respect, love and mutual affection we held for each other. 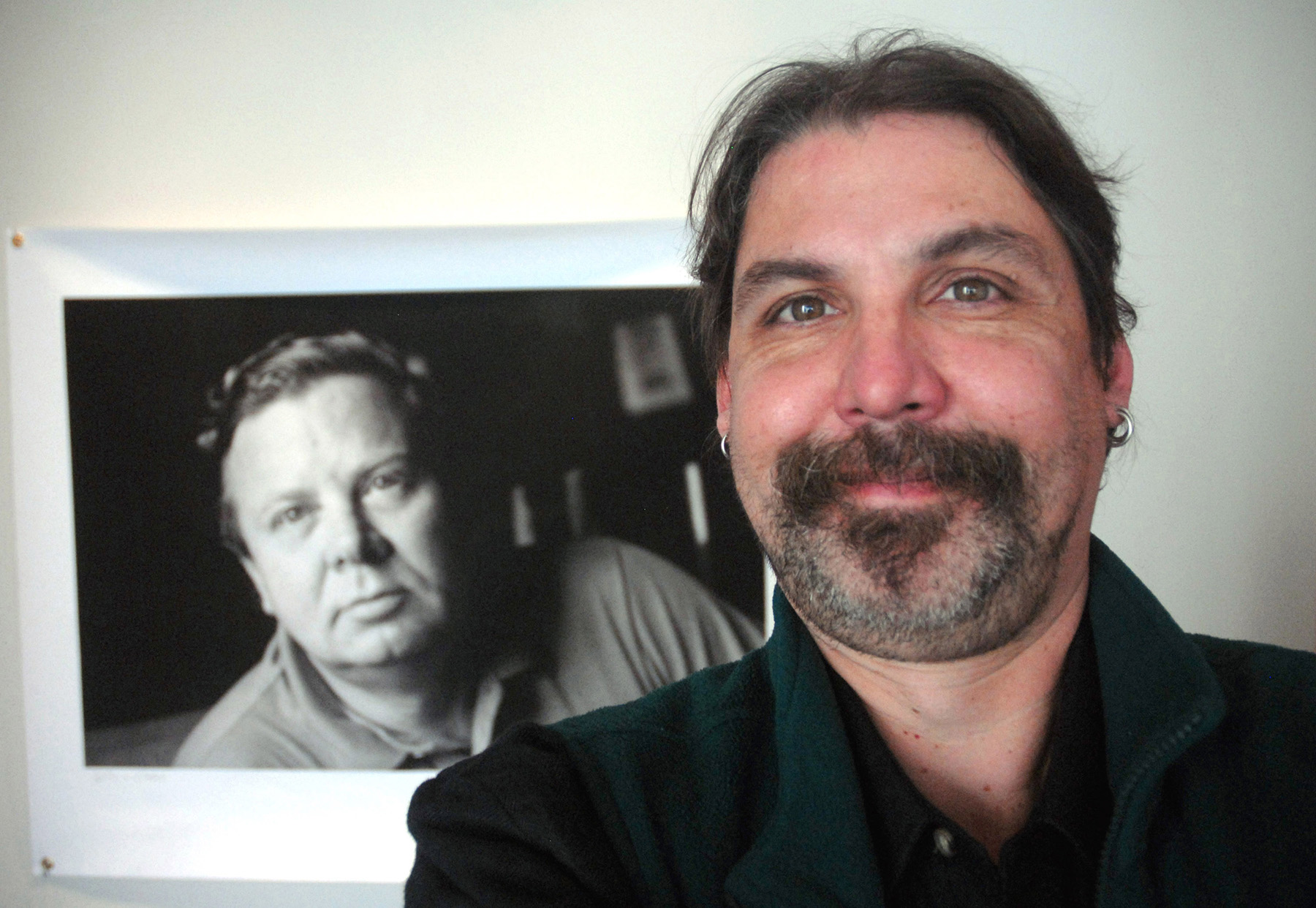 David Rae Morris was born in Oxford, England and grew up in New York City.  He graduated with a B.A. from Hampshire College in Amherst, Massachusetts, in 1982, and an M.A. In Journalism and Mass Communication from the University of Minnesota in1991. His photographs have been published in National Geographic, Time Magazine, Newsweek, USA Today, New York Times, Utne Reader, The Nation, as well as the Angolite, the official Magazine of the Louisiana State Penitentiary at Angola, and Love And Rage, a national anarchist weekly.  He had also served as a contributing photographer for the Associated Press, Reuters, and Agency FrancePresse, and the European Pressphoto Agency.

In 1999, Morris collaborated with his late father, the noted author Willie Morris, on My Mississippi, a collection of essays and photographs about the state of Mississippi and her people published by the University Press of Mississippi.  His photographs are in many private and public collections including in the permanent collections of Ogden Museum of Southern Art and the Louisiana State Museum in New Orleans, and Mississippi Museum of Art in Jackson. His exhibit, Do You Know What it Means? The Aftermath of Hurricane Katrina, opened at Ogden Museum of Southern Art ten weeks after Katrina made landfall.  His post Katrina work was also featured in the book, Missing New Orleans, published by Ogden Museum in November 2005 and have appeared in the HBO series Treme. His 2012 film Integrating Ole Miss: James Meredith and Beyond was broadcast on Mississippi Public Broadcasting and received a Special Recognition Award from the Mississippi Humanities Council and a Telly Award. His third film, Yazoo Revisited: Integration and Segregation in a Deep Southern Town examines the integration of the public schools in his father’s hometown of Yazoo City, Mississippi.  It won the“Most Transformative Film” award at the 2015 Crossroads Film Festival in Jackson, and shown at festivals in Clarksdale, Oxford, Hattiesburg, Gulfport and at the 26th Annual New Orleans Film Festival. It was also shown at festivals in Orlando, Lafayette, Kansas, Columbia, South Carolina, Macon, Georgia and San Antonio. He has taught at the University of Minnesota and Ohio University. He and his longtime partner, Susanne Dietzel, have a 20 year-old daughter, Uma Rae Morris Dietzel. They live in New Orleans with two cats.