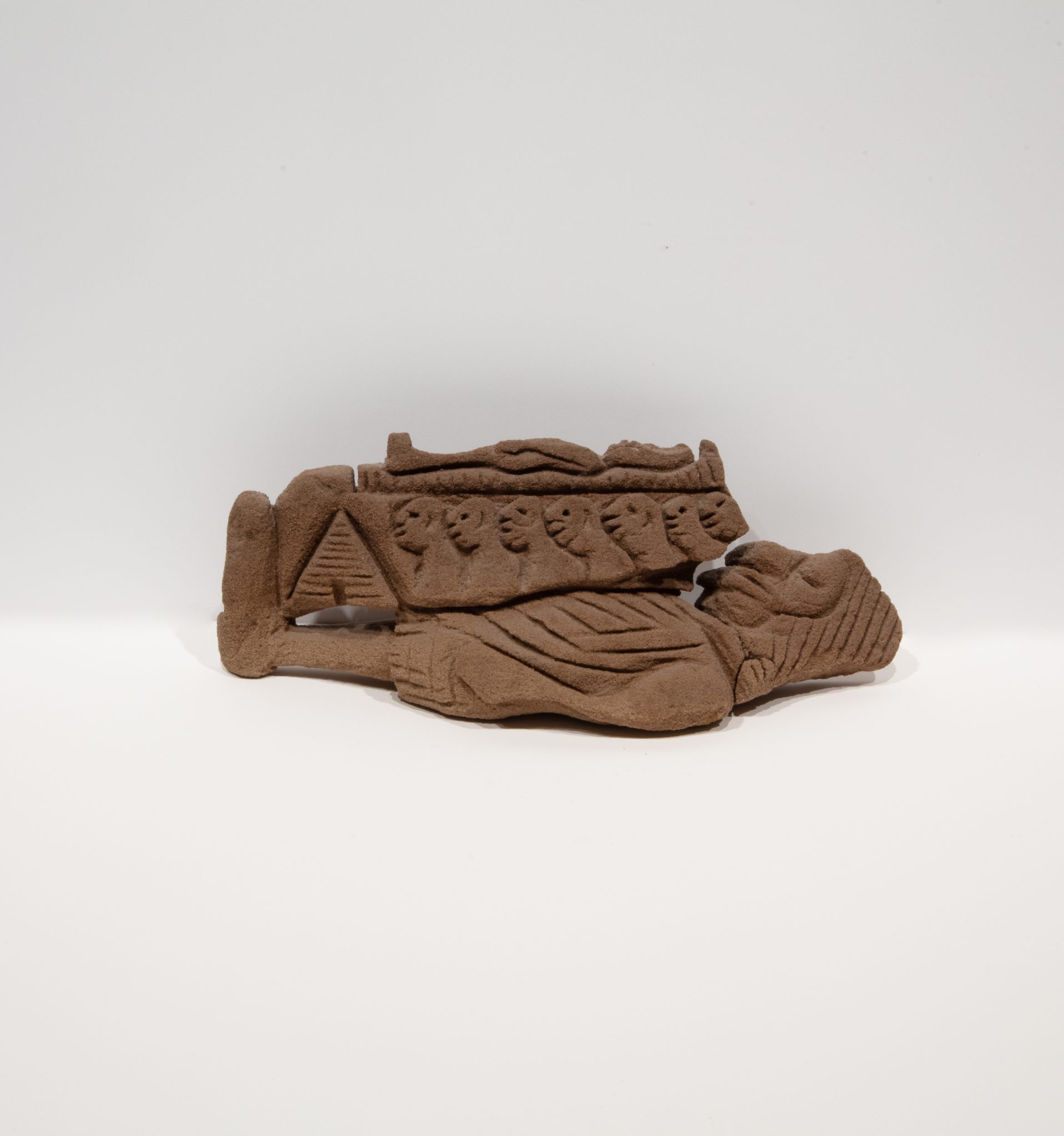 Lonnie Holley was born in 1950 in Birmingham, Alabama. He was the 7 of 27 children born into a Black
family during the height of the Jim Crow era. His childhood was difficult and chaotic, and has informed
his work ever since. After two of his sister’s children died in a house fire in 1979, Holley carved
homemade tombstones from a soft sandstone-like material – a by-product of Birmingham’s iron and
steel industry. Inspired by the material, Holley began to make sculptures from the stone.

In 1981, Holley took a few of his sandstone sculptures to the director of the Birmingham Museum of Art,
Richard Murray. The BMA displayed some of his sculptures almost immediately. This exhibition led to
inclusion in a group show at the Smithsonian American Art Museum, and inclusion in museum
collections such as the High Museum of Art and the American Folk Art Museum.

With the success of his carvings, Holley expanded his practice into found-object constructions, painting
and installation art, creating an art environment on his property that spilled out onto the adjoining
vacant lots. The Sandman’s Garden, as it came to be known, attracted art visitors from around the
globe. It was eventually dismantled to make room for the expansion of the Birmingham International
Airport in 1997.

In 2012, Holley released his first improvisational music album, “Just Before Music.” At 63 years old, the
visual artist began a musical career, with The Washington Post listing his debut as one of the top ten
albums of 2013. He has since released two subsequent album, “Keeping a Record of It” (2013) and “MITH”
(2018).

Lonnie Holley’s Portrait of an Artist with Grandmother Inside was part of the founding donation of art
for the Ogden Museum of Southern Art. He was included in Ogden Museum’s 2007 exhibition, Ogun Meets
Vulcan: Iron Sculptors of Alabama, along with Thornton Dial, Ronald Lockett, Charlie Lucas and Joe
Minter. Holley has worked with the Museum’s educators on several occasions, inspiring children from
New Orleans through his art and storytelling. He has also performed his music at Ogden Museum of
Southern Art on several occasions, most recently in 2019.

Lonnie Holley has become a celebrated figure in the world of contemporary art. His work is collected in
private and public institutions worldwide. He has toured extensively with his music across the globe.
Currently, his 2019 sculpture, Headed to the Land we were Promised (Glory) is installed in the Poydras
Corridor Sculpture Exhibition in downtown New Orleans. The early works in this exhibition – drawn from
Ogden Museum of Southern Art’s Permanent Collection – illustrate Mr. Holley’s natural
improvisational creativity and his capacity for artistic innovation.